How Is Foreign Investment Handled in Cape Verde?

As a nation, Cape Verde’s economy is dependent in large part upon foreign investment. Why is this, and how has the COVID-19 pandemic shaken up the status quo? We speak with Carla Monteiro to find out more about the current state of foreign investment in Cape Verde and its importance to the country as a whole. 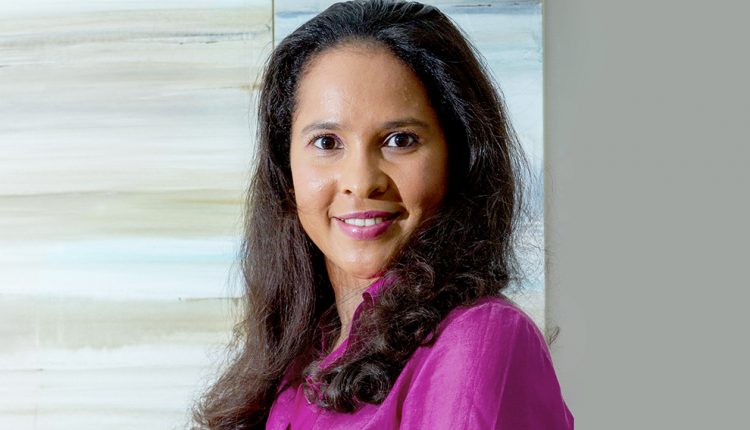 In general terms, how important is foreign investment to the economy of Cape Verde?

The flows generated by the Cape Verdean economy have never been considered sufficient to finance its development, due to various constraints such as the lack of natural resources, the trade balance deficit and the size and division of the territory. Therefore, foreign capital has become a strategic resource in the development of Cape Verde as a way of ending some deficits in the economy.

Thus, foreign investment is of paramount importance to the economy of Cape Verde. It increases Cape Verde’s competitive capacity and, by extension, its relevance in the international economy; it increases employment in general terms, as well as creating new types of employment and new jobs; it stimulates employment in other sectors of the economy and therefore improves wage and working conditions. Foreign investment enables partnerships between foreign and national companies, allowing the latter to expand their business. It also increases state revenue through tax contributions paid by foreign companies.

Which key regulations govern foreign investment in the nation?

The key regulations are as follows:

–  Cape Verde Investment Law – Law no. 13/VIII/2012 amended by Decree-Law no. 34/2013 of 24 S September, which establishes the general bases for carrying out investments in Cape Verde;

– Law No. 73/IX/2020, of 2 March, which approves the regime for the realization of direct investment made in Cape Verde by emigrants.

In addition to these legislations in the scope of foreign investment, it is also possible to point out others that regulate incentives of specific sectors, such as:

– Legislative Decree No. 13/2010 of 8 November, which defines the objectives of the country’s industrial policy and establishes the principles, means and instruments essential to its pursuit.

– Decree-Law nº 22/2020, which establishes the regime of the status of Tourist Utility and defines the criteria and requirements for its attribution, revocation, expiry and renewal.

– Decree-Law No. 12/2005 of 7 February, which regulates the right to establish international financial institutions in Cape Verde, their functioning and supervision.

The flows generated by the Cape Verdean economy have never been considered sufficient to finance its development.

Do these differ greatly from the regulations imposed by other African countries?

The countries of the African continent have great ethnic, cultural, social and political diversity, this continent is made up of 54 independent countries, so it is normal that the regulations that regulate the issue of foreign investment are different, varying from country to country. However, regulations may also be the same, varying only in some points.

Have you witnessed a significant uptick or downturn in demand for foreign investment services in the past 12 months?

Due to the COVID-19 pandemic that has plagued the world at large since February 2020, there has been a standstill of any foreign investment in Cape Verde in the last 12 months.

What common pitfalls are often encountered by foreign individuals and organizations attempting to invest in Cape Verde?

A major constraint regarding the attraction of foreign investments is the small size of the Cape Verdean market, which has an impact on insurance. Because of the lack of export diversification and the imposition of the global economy, investors from foreign countries are required to make adjustments with high costs, forcing them to assume greater risks.

There are also constraints regarding the division of the territory of Cape Verde and how its distance from the main markets creates additional costs for the small economy. Transport costs are quite high, both for importing raw materials and for distributing the finished product between islands and especially to international markets. In terms of country management, it requires heavy investments in infrastructure – telecommunications, health, education, transport (including ports, airports and roads) and the installation of administrative machinery, among others, thus making more efficient management impossible.

Due to the COVID-19 pandemic that has plagued the world at large since February 2020, there has been a standstill of any foreign investment in Cape Verde in the last 12 months.

What advice would you give to a foreign investor looking to overcome these obstacles?

Always seek to collect as much information as possible through lawyers or other competent authorities before starting any investment. View the various possible investment options.

It is wise to invest in a sector understood as the future of the Cape Verdean economy and the development of foreign investment, such as tourism, renewable energies, the ocean economy, the digital economy and creative industries, among others. And above all, do not let yourself be affected by these obstacles; keep trying and persist. Investing in the nation has its advantages, as Cape Verde has an attractive policy of incentives, a rich business environment, a mature democracy, and a modern society with a wealth of transformation, diversity and opportunity. The country has many stories of success and economic progress, not to mention the last and most important factor –  sun, beaches and music festivals throughout the year.

Do you expect to see any significant legislative developments regarding foreign investment in the near future?

Yes. In 2019, there was a project in the portfolio to update the legislation related to the tourism and foreign investment sector, compiling it into a single code. Since the government has been adapting Cape Verdean legislation to new needs after the pandemic, we will certainly have new laws to motivate and attract more foreign investment.

An Interview with Carla Monteiro

Can you tell us a little about your journey into law?

Since I was a child, my dream was to be a lawyer. My grandfather was a proxy for most of his emigrant family and friends; he helped people who were illiterate or with little knowledge in drawing up letters, contracts or other documents, so from an early age I had contact with books and legal subjects. I studied law at the Universidade Clássica de Lisboa in Lisbon, Portugal, where the contact with full professors motivated me even more. I had the opportunity to do my training with a great lawyer, with whom I learned that being a lawyer is to be constantly studying and learning.

What inspires you to deliver the best possible results for your clients?

What inspires me to deliver the best possible results for our clients is definitely the desire to be useful and make a difference in people’s lives.

Which of your achievements would you consider the greatest of your career to date?

I have already had some good achievements in my career, from integrating teams in major corporate operations such as being a jury in public tenders and providing advice in the preparation of national legislation, in addition to some victories in lawsuits with great national repercussions. However, I think the best achievement, which represents an international recognition of my work, was being called to be Vice President of the Specialized Commission for the Creation of the CPLP Economic Community Arbitration Center.

What do you aim to achieve in the coming year?

Our Office is working hard to be recognized internationally as a specialist in the field of foreign investment, particularly in the field of tourism, in which we provide advice to investors from the initial business feasibility study to its implementation and consolidation in the market.

Carla Monteiro is the founder of Carla Monteiro & Associados and a member of the Bar Associations of both Cape Verde and Portugal. In addition to speaking Portuguese, English, French, Spanish and Italian, she is also the co-author of two real estate law guides.

Carla Monteiro & Associados was formed in October 2008 through the partnership of Carla Monteiro and Portuguese lawyer Alexandra Pereira. Since then, the firm has since expanded to include several additional partners, lawyers and associates, delivering excellence in the fields of corporate, tax, insurance, real estate & tourism, litigation and foreign investment.