What You Need To Know About “Fire And Rehire” Employment Practices 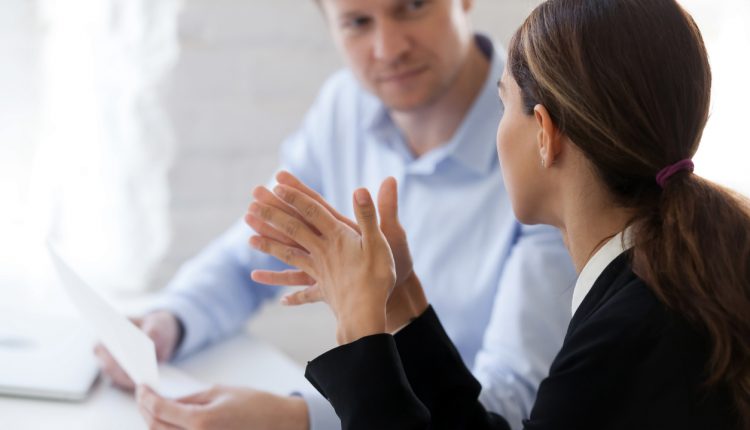 “Fire and Rehire” is increasingly being used by employers looking to introduce alterations to Contracts of Employment where employees disagree with the changes being proposed. In essence, it entails employers dismissing employees (with contractual notice), and then offering them new employment on revised terms.

Although controversial, it isn’t illegal when handled properly. It’s also nothing new despite growing media attention borne out of the pandemic. There are, however, indications that this practice is becoming more widespread, as a result of businesses struggling through lockdown. But what are the facts, and where do businesses, or for that matter employees, legally stand when it comes to “Fire and Rehire”?

What is the legality of “Firing and Rehiring”?

Whilst banned in Ireland, Spain and France, “Fire and Rehire” is common practice in the UK.  In fact, research by the TUC shows that since March 2020, almost one in 10 UK workers have been forced to reapply for their role on poorer terms and conditions, or risk being let go permanently.

It’s employees with less than two years’ service that are at the highest risk due to their limited employment rights, although this isn’t always the case. Recently, however, there is a growing perception that COVID-19 has been used as a cover to reduce workers’ rights. Unite remains extremely critical of the practice, specifically citing the disparity this creates for employees at a time of enormous adversity in the aftermath of the pandemic, during which substantial Government support was offered to employers, including provisions such as the Coronavirus Job Retention Scheme.

Statistics gathered by the GMB union back this sentiment,  showing that three-quarters of people think “Fire and Rehire” should be outlawed. In January 2020, the Government launched an investigation into the practice with ACAS, however on 8 June 2021, the Government confirmed that whilst it condemned the use of “Fire and Rehire” as a negotiation tool, it would not be introducing legislation to ban the practice. As a result, it remains an option for employers dealing with a problematic issue.

When is “Fire and Rehire” used?

“Fire and Rehire” is applied in a variety of situations by employers; there isn’t a uniform perspective on when it is, or isn’t, reasonable use. Circumstances may include:

What are the risks associated with “Fire and Rehire”?

When employers want to revise an employee’s terms of employment, there is often no straightforward solution. If the suggested changes bring about disadvantages to the employee, all alternatives have risks for employers and are likely to be opposed by employees (and their unions).

Terminating an employee’s contract and offering them a new one on reduced pay or benefits could leave employers open to Employment Tribunal claims. Dismissed employees, if they have the requisite length of continuous service, could bring claims for Unfair Dismissal/ Constructive Unfair Dismissal. Employees could also bring claims for breach of contract or unlawful deduction of wages claims in the civil courts and Employment Tribunal respectively.  If employers fail to provide the relevant statutory/ contractual notice period during the process, they could also face claims of Wrongful Dismissal.

Not only is there the risk of claims, but employers need to be wary of the impact that “Fire and Rehire” will have on the morale of those employees who do continue to work for the employer and on future employment and retention rates.

Indeed, 67% of voters in a GMB union survey indicated that they would be less likely to use businesses who had employed the use of “Fire and Rehire”, which could have long-reaching repercussions for employers.

Even us lawyers can get “Fire and Rehire” wrong, as evidenced by the recent case of Khartun and Winn Solicitors which goes to show how difficult it can be to implement this process fairly, and how careful employers need to be when considering the use of “Fire and Rehire” practices. The Firm wanted to reduce employee’s hours and pay during the pandemic, however, their consultation process was not deemed to be meaningful, which left them open to claims when they implemented the “Fire and Rehire” practice following their consultation period. One of their employees, Ms Khartun, bought a claim against the Firm and was successful.

This recent case, alongside a long history of “Fire and Rehire” cases, serves as a warning to all employers about the difficulties presented when implementing this process, and just how careful they really need to be.

Are there other options?

“Fire and Rehire” shouldn’t be the first choice of action when wanting to introduce contractual changes; and is often a last resort. Employers should check if flexibility clauses are written into contracts. Whilst this may give employers the right to make reasonable changes, caution should be applied in relying on this as many unilateral amendments cannot be imposed regardless of this clause. Alternatively, employers can commence a period of meaningful consultation with the employee with a view to agreeing the changes.

Employers should only opt to proceed with dismissing and re-engaging employees once all possible options have been considered, judge both the risks of legal action, and decide the changes are absolutely unavoidable. In terms of the process, ACAS recommends that a fair dismissal procedure be followed, employees are given sufficient notice (statutory or contractual, whichever is longer) and employees are offered the right to appeal.

In principle, although “Fire and Rehire” is legal, it could be considered morally questionable and employers need to be confident that taking such action, on balance, is worth it.

About the author: Tina Chander is the Head of Employment Law at Midlands law firm, Wright Hassall and deals with contentious and non-contentious employment law issues, acting for small businesses to large national and international corporations. She advises on a variety of employment law matters, including all aspects of employment tribunal proceedings and appeals.