Thinking Of Joining The Big Four As A Lawyer? This Is What You Need To Know 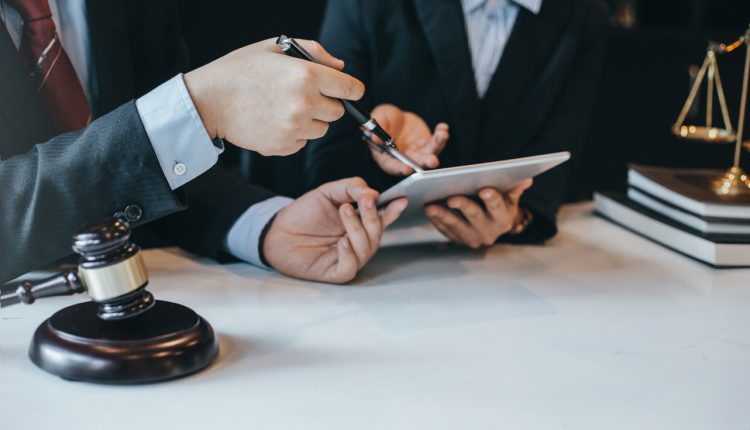 Alex Hamilton-Baily, Partner in the Legal and Professional Services Practice at Odgers Berndtson, explains what you need to know before joining one of the Big Four as a lawyer.

Last year, Deloitte doubled the size of its UK legal practice with the acquisition of Kemp Little. Going from just eight UK partners to 29, the acquisition marked another step into the territory of traditional law firms by one of the Big Four. Of course, this is nothing new. For many years, the Big Four have been encroaching on the legal sector and growing their own legal offering. However, as the professional services sector and the types of services clients demand from it evolves, more and more senior lawyers view the Big Four as a viable next step in their career.

There’s no doubt that moving from a law firm to one of the major accounting and consulting firms can be an exciting and rewarding next step in a lawyer’s career. However, it’s not without its challenges and there are cultural, political, and organisational differences that a lawyer should consider before making the jump. Below are five things you should know if you’re thinking about joining one of the Big Four as a lawyer:

Many general counsels still hold the view that they need to work with specialists. That is, they want to keep their legal and accounting services separate, rather than working with a firm that has incorporated these under one umbrella. Law is often viewed as the ‘third child’ of the Big Four, who are known for accounting and consulting. Whereas with law firms, among clients there’s the perception of deep expertise because they only specialise in the legal field. There also remains a perception of conflict – despite the Big Four being masters in the art of conflict management.

This will undoubtedly depend on the client, and many consulting clients do want ‘end-to-end’ services, which includes legal services. However, any partner exiting a law firm shouldn’t automatically expect to bring all of their clients with them. Some of them just won’t want to receive legal services from an accounting and consulting firm.

While some clients will always go to a law firm for legal advice, the way some general councils buy legal services is changing. Increasingly, they don’t want to work with a single law firm for all of their legal requirements but will instead segregate their legal services depending on need and cost. A general council may have a law firm on retainer for certain transactional services but then choose a different law firm when carrying out a critical M&A deal. This has begun to provide opportunities for the Big Four, particularly at the transactional level where they can pick up a lot of mid/low value but high-volume work. The Big Four are incredibly powerful at doing what they do best – leveraging scale and cross-selling opportunities across service lines. They expect this of their partners, so if this type of business-building is in your DNA, there are few better places to do it.

The setting of the Big Four is often described as a private practice but without all the politics. The culture is far more collaborative, and it can feel somewhere between a traditional private practice and working in-house. The Big Four are also learning and development organisations and commit a lot of resources to training their people. ED&I and ESG are a big part of this commitment and the Big Four invest in these areas to an extent that most law firms can’t compete with.

The Big Four have built working environments that can be very different from most legal practices and lawyers who have become accustomed to using ‘sharp-elbows’ throughout their careers would do well to interrogate the culture before joining one of them. What’s more, in a law firm a senior partner will most likely have a lot of influence over the organisation. In one of the Big Four, they will become one of hundreds of other partners, making them a small cog in a very large machine. And while the Big Four are very different from law firms, they are also different from each other. You should investigate each individual brand and culture before considering a move.

The gold-standard in business development and marketing

The Big Four operate with a client-oriented services setup and offer globally integrated business solutions. The work is often international and cross-border in nature, and they pump resources into client relationship management, marketing, and business development. Because of this, the Big Four can provide a one-stop-shop when it comes to business solutions, making them attractive to many organisations. Lawyers working for one of the Big Four will have access to an  unrivalled business development and marketing machine that can make it easier to win work and build their client base. This is something that even the top legal firms cannot compete with.

Part of the attraction of working in the legal sector is the prestige and recognition of becoming a partner in an established law firm, particularly a magic circle law firm. The same prestige and recognition aren’t something lawyers can expect to receive if they move over to one of the Big Four. Instead, they will join an organisation that has invested aggressively in legal technology and its legal product line. While this may not have the same ‘prestige’ as the traditional legal field, it certainly makes it a very interesting place to work.

Increasingly, the Big Four are winning a lot of work that has historically fallen into the laps of magic circle law firms and are even being placed onto the legal panels of FTSE 100 companies. What’s more, they’ve made some significant talent hires in recent years and as more lawyers join their ranks, perceptions around prestige and depth of expertise is likely to dwindle. Traditional law firms are a very long way from going out of business, but this is a trend that they cannot be complacent about.

Is A DUI Added To Your Criminal Record?

Why Fighting Against Workplace Sexual Harassment is Important