Should Passengers Flying On Non-UK/EU Airlines Be Permitted To Claim Compensation Under The EU Regulation If Their Journey Originates Outside The UK/EU? 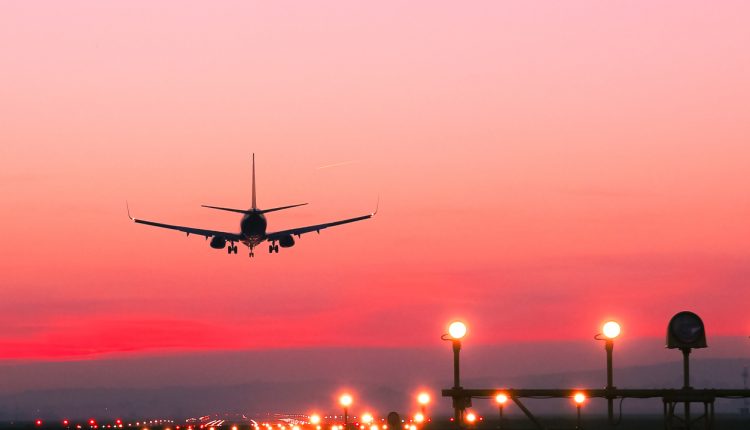 Senior Litigation Paralegal Daniel Powell considers whether air passengers taking flights operated by non-EU/UK airlines should be entitled to compensation under European Regulation (EC) No 261/2004 (as amended in the UK by the EU Withdrawal Act) (“the Regulation”) for a flight delay in a circumstance where they have booked to fly from one non-EU/UK destination to another non-EU/UK destination, but with a connecting flight from a UK/ EU destination, and this connecting flight is delayed for more than three hours. This issue has not yet been the subject of a clear decision either by the UK or EU courts.

Further, as the UK has now left the EU and its courts will continue to interpret the meaning of an EU regulation that has been incorporated into UK domestic law, questions may arise as to whether or not the English courts should depart from jurisprudence established by the Court of Justice of the European Union (CJEU).

This issue, therefore, has potentially significant implications for passengers, international airlines and the operation of English common law in the post-Brexit era.

The relevant provision of the Regulation is art.  3(1)(a), which states that the Regulation shall apply “to passengers departing from an airport located in the territory of a Member State to which the Treaty applies;”. Therefore, a threshold question for the court will be to decide how to interpret the expression “passengers departing from an airport” in this context?  Is the term intended to include every individual flight departure in the passenger’s journey or only the first airport of departure?

The current position, as adopted by the CJEU in the case of Claudia Wegener v Royal Air Maroc SA, C-537/17 (31 May 2018) (“Wegener”), is that a passenger’s entire journey, made under the same booking, including connecting flights, should be viewed as a contiguous whole with a single point of departure. Accordingly, it is commonly understood that passengers are only entitled to compensation under the Regulation in the event of a delay if the passenger’s journey originates from a UK/EU airport.  When passengers depart from a non-UK airport, any claims against the airline fall to be made under the Montreal Convention 1999, which only entitles them to seek damages, rather than a fixed amount of regulatory compensation, against an airline in such incidents as delay and lost or damaged baggage. Damages for delay however are often more difficult to prove compared to claims for a fixed amount of compensation under the Regulation.

This issue is currently being litigated in England in a case pending before the Court of Appeal. If the Court decides that passengers departing on connecting flights from UK airports may rely on the Regulation where the flight leg from the UK is delayed, this may expand passenger rights under the Regulation. It would mean that passengers could be compensated for disruption experienced during flights from the UK, even where the passenger originally flew from a non-UK/EU airport.  Given the importance of London, in particular, as a major hub for international flight connections, such an outcome may potentially benefit a large number of passengers who might not otherwise be eligible under the Regulation.

On the other hand, such an outcome may also have serious financial implications for non-EU/UK airlines performing connecting flights from the UK. A change to the status quo would potentially lead to a significantly larger number of claims against the non-UK/EU airlines in a period when the airline industry is struggling or still recovering from significant financial losses incurred due to the restrictions imposed during the COVID-19 pandemic.

In Lipton and Another v BA City Flyer Limited [2021] EWCA Civ 454, another flight delay compensation case, Lord Justice Green reviewed the relevant post-Brexit legislative framework. He noted the Court’s power to depart from CJEU jurisprudence but observed that the Court had not found it necessary to do so on the facts of that case (at para. 83).  If the Court of Appeal were to decide to depart from the EU decision of Wegener, this could be a precedent-setting example of an English appellate court overturning CJEU jurisprudence.

If the Court of Appeal were to depart from or reach a conclusion different from Wegener, then the rights of passengers claiming in England would diverge from those claiming in the courts of EU member states, although the right to compensation originates from the same Regulation. Although this might improve the attractiveness of UK airports for flight connections, such an outcome would undoubtedly result in confusion. EU passengers, and possibly those from non-EU countries, may also attempt to rely on the UK Court’s definition of the “departing” airport to make claims against both EU and non-EU airlines if their connecting flight departed from a UK airport. This would possibly lead the CJEU to remove that divergence by bringing its case law into line with English law, thereby expanding passenger rights even further, with consequential financial implications for airlines. A decision on this issue is expected to be received towards the end of this year.