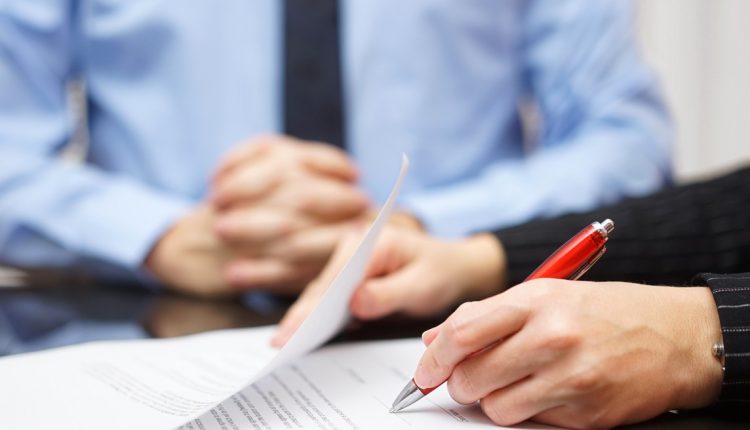 Following the announcement last week by the Serious Fraud Office that Amec Foster Wheeler Energy will pay a £103m penalty in a Deferred Prosecution Agreement to settle 18 years of corruption allegations, Alex Swan, senior associate in the Financial Crime team at BCL Solicitors LLP, examines the implications of these much-criticised agreements between regulators and companies.

On 1 July 2021, the Deferred Prosecution Agreement (DPA) between the Serious Fraud Office (SFO) and Amec Foster Wheeler Energy Ltd (AFWEL) was given final judicial approval by Edis LJ.  This is the tenth DPA the SFO has been able to secure since the DPA regime came into force, and is yet another example of a corporate being able to simultaneously reach resolutions with multiple agencies in different jurisdictions to settle various investigations.

The SFO DPA is the latest in a series of resolutions that AFWEL, now owned by the John Wood Group plc, has been able to achieve.  On 25 June 2021, AFWEL entered into a DPA with the DOJ, and a cease and desist agreement with the SEC. It also entered into a leniency agreement with the Ministério Público Federal, the Controladoria-Geral da União (Comptroller General’s Office) and the Advogado-Geral da União (Solicitor General) in Brazil.  Whilst the resolutions with the American and Brazilian authorities related to the use of third-party agents to bribe decision-makers at Petrobras to win a $190 million contract in Brazil, the DPA covered the use of third-party agents for bribery and corruption in five different countries (including Brazil).

The Statement of Facts, which sets out the facts underpinning the DPA, is yet to be published in order to prevent any prejudice to the SFO’s ongoing investigation into individuals.  However, it is apparent that the period of offending covered by the DPA spanned a total period of 18 years, running from 1996 through to 2014.

A report was prepared by external lawyers to AFWEL’s then-parent company in October 2007 regarding potential corruption in Saudi Arabia, which was subsequently discussed at a Board meeting in November 2007 at which it was agreed that there was no obligation to make any disclosures.  The same external lawyers then subsequently prepared: a risk report for Foster Wheeler Ltd in July 2008 about potential corruption in four other countries; a report into offending in Malaysia dated October 2008; and a report into events in Nigeria in 2009.  At no time was any disclosure made to any authorities about these issues.  Although AFWEL had policies in place designed to prevent the type of offending which took place, those policies were not followed and documents were created that concealed the fact that AFWEL had engaged agents to pay money to public officials.

Pursuant to the DPA, AFWEL will have to pay almost £100 million to the SFO in respect of the offending which had taken place in Nigeria, Saudi Arabia, Malaysia, India and Brazil.  AFWEL was also ordered to pay the SFO’s reasonable costs of just under £3.5 million, and for the duration of the DPA Wood is required to enhance and modify its ethics and compliance programme.  Whilst no monitor has been appointed, Wood will have to report to the SFO on the work it has undertaken and will continue to take, on its ethics and compliance programme.

Takeaway points from the DPA

There has been much commentary about the lack of judicial scrutiny in the DPA regime of the factual matrix underpinning it. The process has led to a situation where, for example, in the Tesco DPA in 2017 the SoF explicitly stated that three former executives were guilty of criminal offences, although they were all subsequently acquitted.  It is therefore welcome that the DPA makes it abundantly clear that it solely relates to the culpability of AFWEL and not of any individual person. Such an important qualification appears as a header on: the SFO’s Case Update page; Wood’s undertaking, appended to the DPA; the DPA itself; and the SFO’s reproduction of Edis LJ’s preliminary and final judgments, dated 25 July 2021 and 1 July 2021 respectively.

The issue of whether a DPA involves any judicial finding of fact has also been resolutely put to bed by Edis LJ’s judgment of 1 July 2021: “In a DPA application, the court is concerned with two areas of factual material: that concerning the commission of the offences; and that concerning the situation and conduct of the suspect after the offences were committed, during the investigation and its current situation. In neither area can the court make any findings of fact.  It is dependent on the information with which it is supplied, and relies on the prosecutor to make enquiries and to satisfy itself that the court is being asked to proceed on an accurate statement of the relevant facts.”

The DPA again highlights the importance of the need for the corporate to have substantially changed since the index offending took place.  The court was only able to find that the DPA was in the interests of justice, despite the widespread and high-level culture of criminality that had previously existed because AFWEL was now under new management and none of the individuals allegedly associated with the criminality were still involved with the company; in fact, Wood was the second corporate to have acquired AFWEL since the index offending took place.

In considering whether the DPA was in the public interest, Edis LJ had enquired as to what the position had been when Wood acquired AFWEL in October 2017, some three months after the SFO’s investigation had been announced.  He was keen to ensure that if the purchase price paid by Wood had been reduced due to the existence of the SFO investigation, then Wood should not obtain a further benefit by the court then further reducing its liabilities under the DPA.  However, it transpired that Wood’s offer price had been based on publicly available information and that the SFO’s investigation had not been factored into it because the announcement of the investigation came after the offer had been made.

When assessing whether the terms of the DPA were fair, reasonable and proportionate, Edis LJ confirmed that the principal role of the court was assessing the financial penalty.  He has made it plain, though, that this did not mean replicating the role of a sentencing judge – instead, it is the judge’s role to assess whether the fine under the DPA is ‘broadly comparable’ to a fine that would be imposed on a guilty plea: “I take the view that this means that I do not myself set about sentencing AFWEL and only approve a DPA which provides for payment of the sum I arrive at.  If that were the right approach, the court would be imposing the penalty and not approving an agreement as to penalty.  I consider that the 2013 Act means that a DPA cannot be approved unless the court considers that it includes an agreed financial penalty which is “broadly comparable” to the fine.”

In what should be seen as motivation for corporates to demonstrate that they have substantially changed since the index offending, Edis LJ held that any financial penalty under a DPA “…must make a real economic impact on the company, but there is no purpose in undermining unnecessarily the commercial position of a company which has entirely reformed and which has cooperated in the investigation to the extent it has.  It is in the public interest that Wood should continue to trade through AFWEL and its other companies  because that trade is not tainted by any crime.”

Disclaimer: The agreement discussed above has no bearing on the guilt or otherwise of any individuals who may in future be charged in relation to this matter.  The DPA only relates to the potential criminal liability of Amec Foster Wheeler Energy Limited and does not address whether liability of any sort attaches to any employee, agent, former employee or former agent of Amec Foster Wheeler Energy Limited.