Though there have been no fundamental statutory changes to equal pay rights in the UK for almost four decades, gender-based pay discrepancies are coming under ever greater scrutiny at home and abroad, Below, Lawyer Monthly hears from Michael Malone on how pay inequality is addressed in larger organisations and how employers can avoid discriminating through a better understanding of their pay systems. 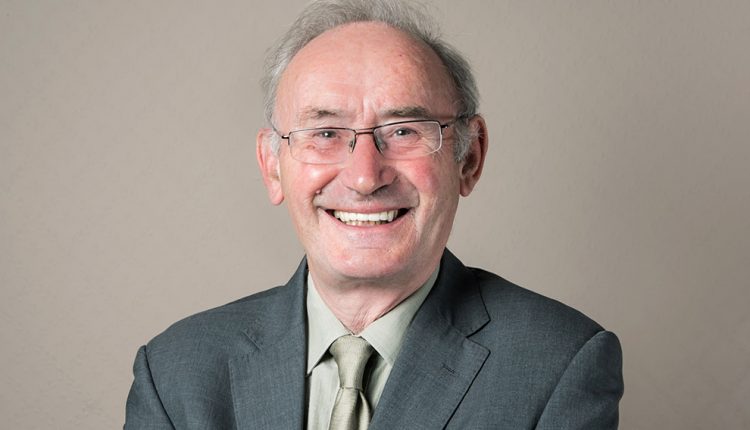 The main features of equal pay law in the UK were established by 1984 (and left substantially unchanged by the Equality Act of 2010). A woman and a man have the same employer, or associated employers. One of them, the claimant – usually the woman, but not always – is paid less than the other (the comparator) or has terms of employment which are inferior in some other way. The claimant submits an employment tribunal claim. The first question for the tribunal involves a comparison of the two jobs – not the job holders – to determine whether or not the claimant’s job matches up to the comparator’s job in one of three ways. Has it been given an at least equivalent rating under a job evaluation scheme (JES)? Are the two jobs similar enough to be ‘like work’? Or is the claimant’s job of at least equal value to the comparator’s job?

If the claimant’s job satisfies one of these tests, there are further questions for the tribunal, provided that the employer has raised a ‘material factor’ defence. Has the employer given a credible explanation for the difference in pay or other terms? Has the employer also shown that the difference in gender formed no part of the reason? If the answer to both questions is yes, the employer can still lose, if the tribunal decide that the relevant pay practice involves indirect sex discrimination. In the early days, a common practice which was rarely upheld was to treat part-time workers less favourably than full-time workers, for example by excluding them from occupational pension schemes.

If the claimant succeeds in the claim, her (or his) pay and other contract terms are raised to the level of the comparator’s and back pay is awarded.

The main features of equal pay law in the UK were established by 1984 (and left substantially unchanged by the Equality Act of 2010).

Why did it take until 1984 for these main features to be established? It was 1970 when the Equal Pay Acts were passed (there was one for England, Wales and Scotland and a separate but very similar one for Northern Ireland) and December 1975 when they came into force. And why were the words ‘equal value’ highlighted in the opening paragraph? The answer is that in 1970 the UK government had considered and rejected the concept of equal value (or comparable worth as it is known in the USA). However, in 1973 the UK joined the European Economic Community (which much later became the European Union). Equal pay for equal work was a key and overriding principle of community law and in 1975 a Directive added the words ‘or work of equal value’. The Equal Pay Acts were eventually (from January 1984) amended to comply with this Directive.

Detailed procedural rules were brought in at the same time and have subsequently been amended more than once. The purpose of the equal value exercise is to identify and compare the demands of the two jobs under a range of factors, such as the qualifications and experience required to do the job, the various responsibilities placed on the job holder, the physical and communication skills required, the degree of independence granted to the job holder, the working conditions and the demands in terms of physical, mental or emotional effort. The tribunal normally has the benefit of a report by an independent expert (IE). It is a common fallacy that the IE decides the question of equal value. In fact, the decision rests with the tribunal. I chaired two hearings in which we had a ‘battle of experts’, the IE and one for each party, and in one of those cases our conclusion was the opposite of that recommended by the IE.

Many employers, particularly large organisations, have a JES in place. A JES, if it is analytical, can be either a gateway or a brick wall for claimants. As already mentioned, it answers the job comparison question in the claimant’s favour if the claimant’s job has been given at least an equivalent rating. On the other hand, if the comparator’s job has been given a higher rating, then the claimant cannot pursue an equal value claim – unless the JES can be successfully challenged. In the NHS litigation, a tribunal which I chaired rejected a challenge to a JES which covered nearly a million jobs. Several thousand claimants who relied on comparators in higher grades then withdrew their claims. On the other hand, there were successful challenges to a JES in some of the large local authority cases. Key questions for large organisations are whether to introduce a JES if they don’t have one and whether an existing JES will stand up to scrutiny.

There have been no fundamental statutory changes to equal pay since 1984, not even under the Equality Act). However, in 1993 a decision of the European Court of Justice (ECJ) was of huge importance to many large organisations and their employees. In the Enderby case, which involved claims by speech therapists, the ECJ decided that paying more for a job done predominantly by men than for a job of equal value done almost exclusively by women can be unlawful indirect discrimination, unless objectively justified. The fact that there were separate negotiations for the two jobs, conducted in absolute good faith, was not sufficient justification. Subsequent cases established that the statistical gender differences between the two workforces need not be as extreme as those in the Enderby case.

A JES, if it is analytical, can be either a gateway or a brick wall for claimants.

The Enderby principle underpinned the tens of thousands of equal pay claims against local authorities in the first decade of this century, the much smaller number of NHS claims and now the increasing number of claims by staff working in supermarkets, whose comparators are employees working in the employer’s distribution centres. The principle is relevant mainly to large organisations, because they are the employers most likely to have aggregations of women in some jobs and men in others.

An apparently inevitable aspect of the multiple equal pay claims has been that it could take many years for claims to be concluded. This is largely because of sheer weight of numbers. It is a huge administrative task for the lawyers on each side to prepare a case for hearing – for example selecting the most appropriate lead claimants and comparators, sifting through thousands of pages of documents and assimilating new claims as they come in.

Until now, delays have also been caused by a particular preliminary issue. Can claimants in one establishment rely on comparators who are fellow employees in a different establishment? In the Asda cases, the first claims were made in 2014, but the preliminary issue was not finally resolved in favour of the claimants until May 2021. However, that decision, and the Court of Justice decision in favour of the Tesco claimants the following month, have made it very unlikely that future cases will get bogged down on this issue.

An apparently inevitable aspect of the multiple equal pay claims has been that it could take many years for claims to be concluded.

The UK has now left the EU. Future changes to EU law will not apply to the UK and there will be no further references to the Court of Justice from the UK. However, the EU law which was part of UK law on 31 December 2020, including the Enderby principle, will remain part of UK law, unless and until changed by Parliament or by the Supreme Court.

Employers should bear in mind that Enderby type cases are not the only challenges. They need to be aware of equal pay practices which could be indirectly discriminatory even as between employees doing the same or similar jobs. Equal pay cases have also been known to succeed simply because employers don’t understand their own pay systems or can’t explain why one person is paid more than another. Large organisations are particularly vulnerable, because of the greater likelihood that more than one person will have been involved in making decisions about pay. Accurate and detailed record keeping is essential.

Trinity Chambers is one of the leading sets of barristers’ chambers in the North of England. Regularly recommended in the Legal 500 and Chambers and Partners Directories, with Chambers in Newcastle, Middlesbrough and Leeds, Trinity barristers and Silks deal with cases across the UK.

Michael Malone is a retired employment judge. He is a CEDR accredited mediator and a Fellow of the Chartered Institute of Arbitrators. He is based at Trinity Chambers, Newcastle, to undertake mediations (across the whole range of contractual, commercial and employment disputes) and also early neutral evaluation in equal pay and other employment cases. He is also willing to give in house briefings, to lawyers, HR professionals and others, on equal pay generally or on specific aspects of equal pay law.

What Is A Commercial Vehicle? A Study by Burnes Libman Law Group