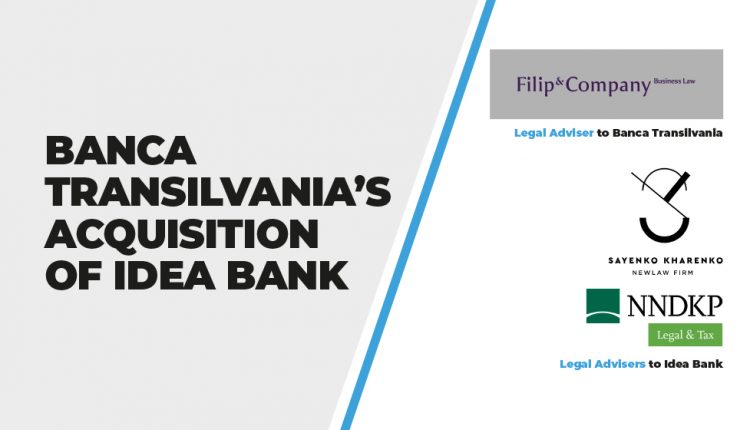 Filip & Company and Linklaters advised Banca Transilvania on its RON 213 million acquisition of Getin Holding’s shares in the Idea Bank Group Romania. The transaction remains contingent on regulatory approval by the Financial Supervisory Authority, the Competition Council, and the National Bank of Romania.

Banca Transilvania (BT) is a financial group active in South-Eastern Europe with over 3.2 million customers, 9,000 employees, and 500 retail units. Four companies operating under the Idea brand in Romania – Idea Bank, Idea Leasing, Idea Insurance Broker, and Idea Investment – are included in the deal. The companies collectively hold 46 units and RON 2.85 billion in assets. BT Chair Horia Ciorcila stated that the acquisition was a continuation of BT’s strategy of launching digital banking initiatives.