What IR35 Legislation Means for Your Business

The UK government has introduced a new rule concerning the distinction between contractors and employees and how it is assessed. Roderick van Vliet, Head of Legal at Remote, examines the new IR35 rule and its likely effect for businesses. 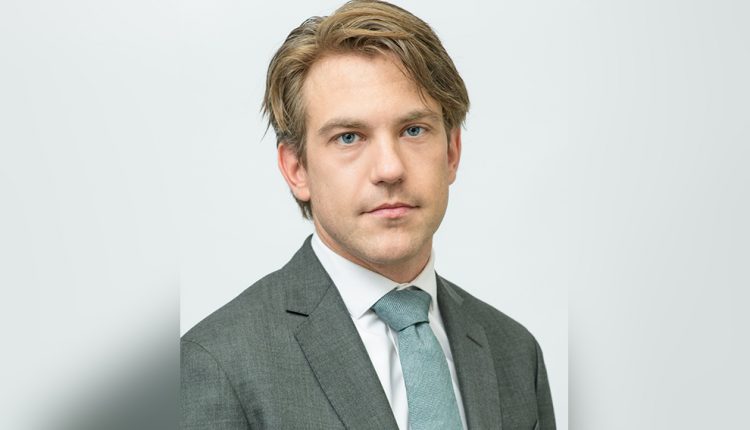 With the end of COVID-19 restrictions in sight, many businesses have focused on making their workplace compliant with safety guidelines. However, because of this focus on pandemic measures, another new government rule has likely slipped under the radar for many people — a new rule that will massively impact how businesses interact with contractors.

This new rule concerns the tax legislation IR35, which finally came into force in April this year. IR35 is designed to prevent “disguised” employment, where businesses engage workers on a self-employment basis, generally in order to pay less tax or circumvent employee protections. Previously, it was the contractor’s responsibility to assess whether IR35 applied to their situation, but since April it is now the responsibility of private companies to identify the contractor’s IR35 status and whether or not they should be paying the same income taxes and national insurance contributions (NIC) as a regular employee. This will increase business costs as companies must spend time and money on reviewing and formalising work relationships with contractors.

If a contractor falls within the scope of IR35 — for instance, because the business employs them on an ongoing basis rather than for a project or offers them benefits such as paid leave — the company must reclassify them as an employee, deduct income tax and employee NIC from payments to the contractor’s limited company, and pay employer NIC to HMRC.

Furthermore, when the contractor is deemed an employee, they are not automatically entitled to employment rights or social security. This means that the worker gets all the disadvantages of being an employee without the advantages.

The government had good intentions when drafting IR35: it wanted to address a perceived unfairness in the labour market, protect workers from exploitation and increase tax revenues. However, it has seemingly failed to understand the mechanics behind why companies employ contractors.

How to Prepare for an Employment Tax Audit in California Is Life Insurance Taxable?

Companies use contractors for various reasons, but most often it is to acquire help and expertise needed for a specific time-limited project at a lower cost compared to hiring a full-time employee. The business simply pays a fee to the contractor’s limited company and does not need to worry about paying employment taxes or benefits.

For the contractor, earning income via a limited company is tax-advantageous: they can pay themselves with dividends from their company, which are not subject to NIC, and their company only pays the corporation tax rate on profits, which may be lower than income tax rates. Contractors often prefer the freedom and control that comes from being self-employed.

Using contractors is fine when people are hired on a project-by-project basis. However, IR35 was partly drafted in response to the rise of the gig economy, which allows employers to hire workers on very flexible terms and an on-going basis, without the risks and costs of permanent employees.

That is a prime example of corporations using contractors for the wrong purpose: it is cheap labour, there are complaints about work pressures, and workers may end up in unhealthy situations. IR35 is a new attempt to address this old problem.

Other countries in Europe have tried similar legislation to address the issue of contractors, but it usually has not worked out as planned. For example, the Netherlands altered its rules regarding the misclassification of contractors in 2018 but ended up putting an enforcement moratorium in place because it created too much legal uncertainty for companies and contractors. The law was replaced last year. IR35 carries the same issue: as the classification of in- or out-of-scope is checked afterwards, parties are exposed to the risk of misclassification.

IR35 could also make the UK unattractive for certain jobs and limit access to talent. For instance, if a country struggles to hire engineers, companies abroad will make it possible to contract there. This could cause an exodus of talent moving to other countries.

IR35 may also negatively impact international business because it also applies to foreign companies trying to hire local contractors. Foreign companies are unable to employ contractors as employees because of their lack of presence in the UK. IR35 creates the risk that any contractor they hire may be deemed an employee, which may disincentivise foreign businesses from working with UK contractors.

What business should do next

It is a priority for businesses of all sizes to assess their contractor relationships to determine which are working on a project basis – and so may remain working as contractors – and which could be deemed as employees.

Most smaller businesses will be unaffected by IR35, as the rules state that the contractor will remain responsible for assessing whether IR35 applies if their client is a small company. The Companies Act 2006 defines a small business as one that meets at least two of the following requirements: turnover of £10.2 million or less; a balance sheet total of £5.1 million or less; and/or no more than 50 employees.

If a business is affected, they have a few options. If they do not wish to hire an employee when extra support is needed only with a specific project, they could hire contractors employed via an umbrella company, rather than ones who operate their own limited company. We are likely to see a rise of umbrella companies, which employ people who are then hired out to work with businesses on a temporary basis. However, it may mean that contractors continue working for an employer without enjoying the benefits of being a full-time employee.

We are likely to see a rise of umbrella companies, which employ people who are then hired out to work with businesses on a temporary basis.

On the lower end of the job range, where IR35 is supposed to have a positive impact, you may expect companies to circumvent the rules via umbrella companies or other structures and keep underpaying their cheap labour workforce.

Another option for UK and foreign businesses is to consider hiring their contractors as employees via Employer of Record (EOR) services, which means a third party takes care of payroll, benefits, taxes and compliance. This circumvents the IR35 issue altogether.

Prior to IR35, using contractors was an easy way to hire talent for a specific project, but now employers must make more effort to get help with short-term project-based work.

Fundamentally, businesses hire contractors instead of full-time employees because it can be cheaper. If governments do not understand the reason behind this decision-making process, then they are just trying to address a symptom, not fighting the cause. This never works.

IR35 places the burden on companies to assess the status of their contractors; a better solution would be to bring the government check to the front of the process. This could be done by standardising contractor arrangements that are out of scope of IR35. Meanwhile, the causes of unwarranted use of contractors should be addressed by reducing the cost difference between contractor and employee.

Fundamentally, businesses hire contractors instead of full-time employees because it can be cheaper.

Personally, I am more in favour of hiring employees compared to contractors – I think it is better for both parties. Fundamentally, businesses need a talented and stable workforce and employees must receive their full rights and benefits. Hiring can be made much easier by using a specialist company that deals with all employment issues, including law, taxes, HR and compliance. After a year of pandemic, the labour market needs new ideas and flexible solutions, not new tax rules.

By Roderick van Vliet, Head of Legal at Remote