The Regulatory Sandbox – a Wake-Up Call for the Legal Industry?

Stephen Cheeseman, VP of Legal and Compliance at Canada Protection Plan, explores the global surge of interest in the concept of the Regulatory Sandbox and the significant shifts it may prompt in the financial and legal industries. 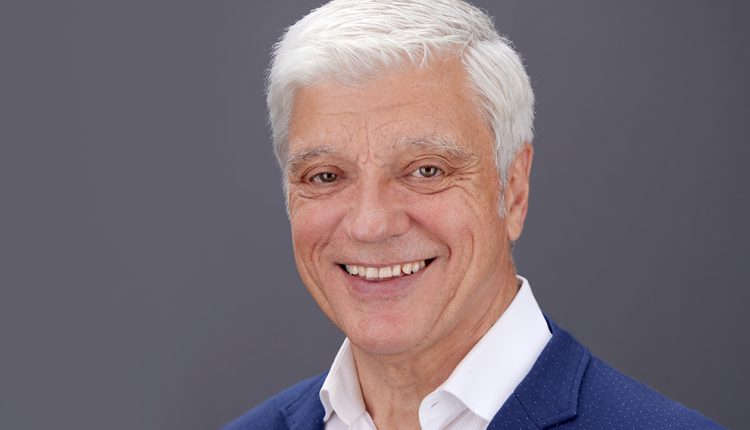 The term “Regulatory Sandbox” has seen global embrace in the past five years, inspiring recent initiatives such as the World Bank’s 2020 Report of Regulatory Sandboxes(1) and the FCA’s 2021 Digital Sandbox pilot(2). For those unfamiliar with the concept, a Regulatory Sandbox is a platform where regulators allow technology solutions – mostly in the fintech space – to be tested without having to fit into an existing regulatory framework.

A Sandbox can reduce or remove regulatory parameters for test purposes and even the eventual permanent removal of the requirements should the platform be approved for future use. The test environments typically have limits on the number of customers that are part of the test, maximum timelines on testing, risks to clients (i.e. minimal capital requirements of testing entity) and require testing under the regulator’s supervision. Sandbox applicant approval in most jurisdictions include criteria such as the benefit to consumers, the risks to the overall financial system and the degree of innovation the final platform can provide.

The Regulatory Sandbox has also been referred to as “agile regulation”, but that requires an “agile” regulator. As was cleverly captured in the US Nevada state Regulatory Sandbox proposal, you can only be as innovative as your least innovative regulator! Studies globally have concluded that governments play an essential role for innovation to happen.

A Regulatory Sandbox is a platform where regulators allow technology solutions – mostly in the fintech space – to be tested without having to fit into an existing regulatory framework.

A country’s regional regulators may also ultimately dictate a technology company’s ability to compete globally as we step into the 4th Industrial Revolution. Prime examples are the states of California and New York, which have an important impact within the US economy and conduct business globally. They are, however, two of most heavily regulated states and have seen an exodus of both people and businesses during the pandemic. There are a number of reasons contributing to this population shift; as an attorney who has worked with regulators in both these states, I would suggest that while the large populations and business concentrations have invited regulation, the heavy regulatory regimes may be a contributing factor to the exodus as innovative companies seek more accommodating geographies.

While Advanced Economies (AE) launched the concept like the UK’s FCA “Project Innovate” in 2016, Emerging Markets and Developing Economies (EMDE) are becoming quick followers, which we will speak to further as we unfold the World Bank Group study.

We need to give credit to the tech industry for introducing the Sandbox concept long before regulators adopted it. The term was first used to describe a testing environment that enabled users to run programs without adversely affecting the bigger application environment on which they ran. The technology sandbox concepts of testing with safety, visibility and accountability are also the foundation of Regulatory Sandboxes.

One of the most current global-reaching studies on Regulatory Sandboxes was released in November 2020 by the World Bank (WB). The mandate was a global review of digital financial service accessibility, with one of the objectives being to understand how fintechs and Regulatory Sandboxes could bring digital services to underserved populations. One especially revealing lens of the study was the “Type of Economy”, which they put into two categories: Advanced Economies and Emerging and Developing Economies. While there are many types of Sandboxes from medtech to envirotech, the WB study focused on fintechs. Its primary purpose was to explore how to leverage technology for consumer-centric products, offering alternatives to previously underserved populations.

The study determined that 57 countries worldwide were currently operating 73 Fintech Sandboxes. AEs were day one leaders in launching Regulatory Sandboxes, with the UK being one of the first countries to invite technology participants in 2016, but the EMDEs are quickly catching up. While the Sandbox concept took on a more global footprint in 2018-2019, driven by the opportunity to leverage fintechs, the COVID landscape has served to both invite and push the concept further as commerce and government adapt to meet societal needs in an emergency environment. COVID has forced regulators to respond by adaptive regulation in real time, even if on a temporary basis, enabling technology to benefit consumers – not just the institution using it to accommodate a changed business delivery model. This may be one upside to COVID!

While the WB report had many findings and recommendations, the three that jumped out for this writer were National Financial Inclusion Strategies, the different types of sandboxes and the surge of the sandbox in emerging markets and developing economies.

National Financial Inclusion Strategies (NFIS) have become an important part of many countries’ Sandboxes, including Bahrain, Malaysia, Sierra Leone and India, while others have made Sandboxes part of their NFIS, like Jordan and Mexico. These countries also include a mandate to improve the digitisation of government services in ways that will improve the lives of their citizens. The utilisation of technology to present business opportunities is not the focus but rather accommodating technologies that improve financial inclusion and access to government services. The first NFIS was launched in 2010, and by 2019 over 45 countries had launched one, with 39 others in the process of doing so. These strategies have all looked to fintechs and digital financial services as a way to further NFIS goals. In the WB study it was discovered that the 90 plus countries with NFIS all encouraged the use of fintech to achieve NFIS goals. While Regulatory Sandboxes have many purposes depending on the country and entity leading them, financial inclusion has found its way to being a key driver in EMDEs.

The WB study classified Sandboxes into four types: (i) policy focused; (ii) product or innovation focused; (iii) thematic, and (iv) cross-border. Policy focused Sandboxes use the process to evaluate specific regulation types or policies. Innovation Sandboxes encourage innovation by lowering the cost of entering the regulated marketplace, allowing firms to test the market viability of new business models. A thematic Sandbox’s objective is to accelerate the adoption of a specific policy or innovation, or products aimed at specific population sectors. Cross-border Sandbox objectives are to improve cross-border harmonisation and the fintechs’ ability to scale more rapidly on both a regional and global basis. These findings provide a very helpful starting point and potential road map for countries or regulatory bodies contemplating a Regulatory Sandbox.

While Regulatory Sandboxes have many purposes depending on the country and entity leading them, financial inclusion has found its way to being a key driver in EMDEs.

While AEs were the first countries to embrace the Sandbox, EMDEs are catching up with 70% of the open and active Sandboxes in 2020. The reasons behind this are not conclusive, but there are two emerging themes – these countries are highly committed to better NFIS or interested in encouraging investment more generally in their economy, with fintechs being a priority invitation. This could be done by regulation providing a clear but flexible path on government expectations. How ironic that regulation could be a tool to promote investment!

The Regulatory Sandbox is a wake-up call for the legal industry. The legal profession has for centuries protected individuals’ rights and served justice, going back to 41 AD when Roman Emperor Claudius first permitted fees to be paid to “advocates”. Today’s legal profession in most countries, while well intended to protect those seeking legal counsel, has professional and regulatory requirements that result in cost structures which discourage individuals from pursuing justice and protection. A recent response to alleviate this unintended consequence is the emergence of the Regulatory Legal Sandbox.

The UK has been a leader in this movement with the Solicitors Regulation Authority’s launch of “SRA Innovate” in 2018(3) to improve access to justice by making legal services more affordable. Other countries are embracing a similar approach by permitting the leverage of technology in delivering traditional legal services. This could be through a specific technology platform or by permitting the ownership of law firms and the delivery of select legal services by non-lawyers. The goal is to provide access to traditional legal services in a more financially and technology efficient way. North America has been a loud voice of late in this space formally embracing the Legal Regulatory Sandbox in the US and Canada. In the US, California just announced its “Closing the Justice Gap”(4) and Nevada’s Supreme Court introduced the Legal Services Sandbox(5) in 2021 – both with the purpose of increasing access to affordable legal services. Canada’s Law Societies in Ontario(6) and British Columbia(7) have also announced Legal Regulatory Sandbox pilots in the past six months. These are wake-up calls for our profession.

Stephen Cheeseman is a Toronto-based lawyer admitted to practice in Canada, the USA and England and has advised on transactions across the globe. With added credentials in Anti-Money Laundering, Privacy and Cybersecurity, he is a frequent and passionate speaker on the intersection of technology and regulations. He has held legal and compliance roles in the delivery of financial services for global companies that include Foresters Financial and HSBC. In his current role as VP of Legal and Compliance for Canada Protection Plan he is providing leadership in the life insurance space with a focus on digital initiatives.