Santivañez Abogados has advised Anglo American on an agreement to provide 100% renewable energy for the Quellaveco copper operation in Peru. 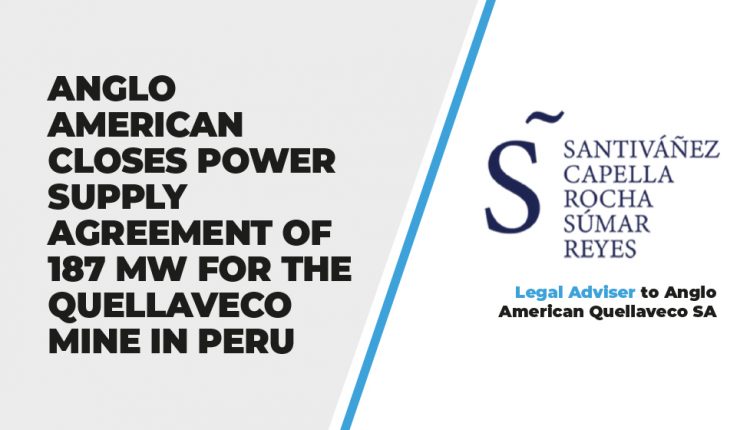 Santivañez Abogados has advised Anglo American on an agreement of 187 MW with Engie Energía Perú to provide 100% renewable energy for the Quellaveco copper operation in Peru, which is expected to begin production in 2022. With this agreement, Anglo American has reached its commitment to source 100% renewable energy for all of its operations in Brazil, Chile and Peru.

Tom McCulley, CEO of Anglo American in Peru, said: “Copper has such an important role to play in enabling the global transition to a low carbon economy, so it is important for Anglo American’s new world-class copper mine in Peru – Quellaveco – to lead the way by minimising its own carbon and broader environmental footprint.”