The World Intellectual Property Organisation (WIPO) released its Technology Trends 2021 report earlier this year, showing significant growth in assistive technology and a surge in Asian patent filing activity. Here, Jose Eduardo T Genilo discusses the report’s findings and what they mean for IP in the Philippines and internationally. 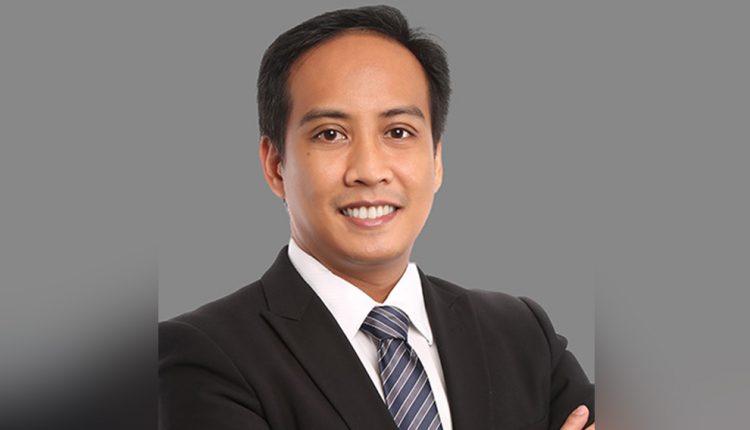 The most significant aspect of the WIPO report is China’s leadership on filing activity. What does this mean and how will this shape international businesses and inventors?

The filing activity reflects China’s policy of encouraging innovation, assisted in part by the subsidies it provides for such innovations and IP protection. Innovation is widely considered as an essential element for a nation’s growth. This is reflected in the books Why Nations Fail (Acemoglu & Robinson, 2012) and New Asian Hemisphere (Mahbubani, 2008) where innovation and “creative destruction” were deemed essential for a nation’s progress.

Apart from China’s leadership, the WIPO report also mentions that 65% of the 2019 worldwide filings were from Asian countries. Notable of which is the lead of the Republic of Korea in resident patent applications per unit of GDP. While Asian countries have increased IP filings over the years, the WIPO report nonetheless show that the US and other Western countries have maintained their innovation and IP dominance.

All these high numbers reflect a wide appreciation of IP assets across the globe. This should translate to better policies and laws to fully protect and enforce IP rights.

The sector that dominated patent filing activity worldwide was “computer technology”, which is a good reflection of the past year. What should those in the tech industry be keeping an eye on in 2021?

The 4th Industrial Revolution continues, as the tech industry is poised to continue growing in 2021. The WIPO Technology Trends 2021 in fact focused on Assistive Technology, noting the 17% average growth rate in this sector. According to the said report, assistive technology involves information technology, data sciences, materials science and neuroscience, with the products being consumer electronic goods ranging from communication to navigation and gaming.

Other areas of tech industry though will likely continue to grow, such as the commercial use of artificial intelligence in various industries with products in this area continuing to become mainstream.

The 4th Industrial Revolution continues, as the tech industry is poised to continue growing in 2021.

How does the above impact IP in your jurisdiction?

For patents, the Philippine IP Office has recognised global trends as exemplified by its release of specific rules governing biotech patents and information & communication technology-based patents. Graphic User Interface-based designs have also been allowed by the Philippine IP Office. This reflects the changing IP landscape, where less than ten years ago the standards for registrability of these technologies were uncertain in the Philippines.

Patent applications using the PCT (Patent Cooperation Treaty) system, which allows applicants to seek patent protection simultaneously in different countries, increased by 5.2%; how will this shape businesses IP strategies in the coming future?

Filings based on the PCT system for protecting innovation will continue to grow. The usual 30-month period for national phase entry, coupled with new International Search Agencies that are not too costly (such as the Philippine IP Office), works to the benefit of patent owners.

Every sound business IP strategy should consider the PCT system, as maximising the protection of patent rights depends on the protection obtained in countries. Patent protection in every, if not in key, market countries provides the opportunity for exclusive distributorship and licensing.

Is the above an indication of an ever-growing globalised world in the patent sphere?

Looking at the WIPO report, the increased patent filings through the PCT system is driven by China and other Asian countries. It seems that more and more countries are understanding the benefits of supporting innovation domestically, while also obtaining patent rights for them both locally and abroad.

Obtaining patent rights in various countries as an end goal can be viewed primarily as maximising the benefits provided by patent protection. In this view, the innovation is not only protected, but viewed as having the potential to generate income through commercialisation by the patent owner themselves or through licensing.

It seems that more and more countries are understanding the benefits of supporting innovation domestically, while also obtaining patent rights for them both locally and abroad.

Another view, though secondary, that can be taken in obtaining patent rights in various countries as an end goal is ensuring that research and development focus on substantial and worthwhile innovations. Having in mind that the patent application will be scrutinised by each country where patent protection is sought should guarantee in some way that the innovation is truly new and inventive and thus could withstand the rigorous patent standards of different countries. This can weed out minor innovations that may not pass the standards of various countries and thus not be commercially viable in the end.

The increased PCT system filings seem to point more towards the recognition that innovation is essential in progress and economic development rather than a globalised world.

What should businesses and inventors be taking from the report released late last year?

The tech industry will still lead in terms of innovation. Businesses should thus always be on top of developments in this area and be ready to adopt to the changing landscape.

One may look at the introduction of ride-hailing apps which disrupted the public transportation business; sharing economy schemes for room rentals disrupting the hotel industry; and online marketplaces disrupting the business of shopping malls and the vertical relationship between manufacturer, distributor and retailer. These disrupted businesses should adapt and adjust to the competition posed by the entry of these new tech-based industries. Those that have failed to adapt and adjust have resulted into business reverses and even closure.

For inventors, they should be encouraged to innovate towards inventions that are truly novel and inventive and can thus be registered in various countries. This will truly maximise the benefits provided by patent laws, with their innovation possibly being the next innovation that can become an industry standard or even part of Standard Essential Patents.

What do you think will be on the horizon in the upcoming year, in the Philippines and globally?

The global COVID-19 pandemic has affected many businesses and likely the progress of many research and development projects. Nonetheless, it has also pushed innovation toward solutions to problems caused by the pandemic, whether it be medical issues or off-site work issues.

In relation to the tech industry, online commerce has practically become mainstream. With brick-and-mortar stores and malls closed and physical movement restricted, many have gone to online marketplaces, with specialised marketplaces springing about such as those dealing in second-hand items or those conducted through social media (so called “social commerce”).

While this development in online commerce provides many opportunities, IP owners should also be more vigilant in protecting their IPs. The current system of online commerce makes counterfeit items more accessible, and at the same time makes the identification of the real identity of infringers more difficult. Constant monitoring for infringing products on online marketplaces should thus be considered by IP owners.

ACCRALAW is among the largest full-service law firms in the Philippines. Since its inception in 1972 it has grown to comprise around 170 lawyers and 170 non-legal personnel, with offices in Bonifacio Global City, Metro Manila, Cebu City and Davao City.

Jose Eduardo T Genilo specialises in Intellectual Property and Technology Law. He is involved in the prosecution of IP applications, enforcement and litigation. In 2021, he was named as an IP Expert by Asia IP, and in 2019 he was named as a Next Generation Lawyer by the Legal 500 Asia in the field of cybercrime, privacy, fraud and information technology.

IPMagazine
By Jose Eduardo T Genilo On May 28, 2021 0
0
Share FacebookTwitterGoogle+EmailPinterestLinkedinTumblr