The SPHERE group is strengthening its position in the United Kingdom, thanks toits subsidiary ALFAPLAS's acquisition of 100% of the shares of SARPAK Ltd. 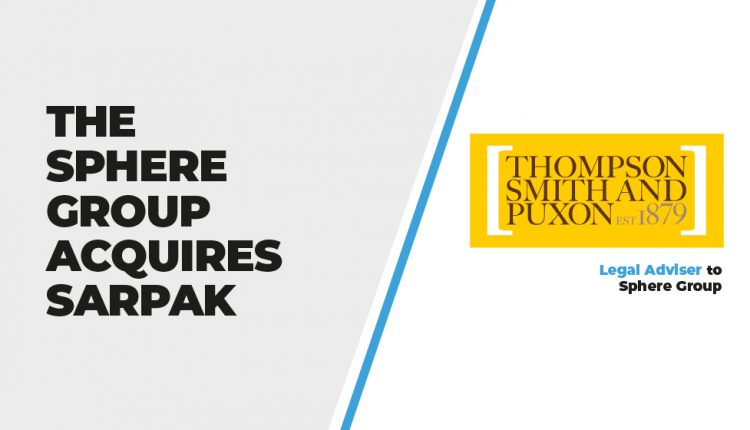 The SPHERE group is strengthening its position in the United Kingdom, thanks to the acquisition by its subsidiary ALFAPLAS of 100% of the shares of SARPAK Ltd, based in Port-Talbot, South Wales. SARPAK Ltd employs 53 people at its Port Talbot site, where it extrudes, converts and recycles PE and compostable films. It has a 2019 turnover of €12 million, and currently has a production capacity of around 7,000 tons.

Sphere were advised in the acquisition by the corporate team at Thompson Smith and Puxon (TSP), the Essex based law firm who have a long- standing association with Sphere.

Mary Anne Fedeyko remarked: “The team here at TSP were, of course, delighted to advise on this acquisition which will undoubtedly prove the springboard for future growth given the obvious synergy between Alfaplas and SARPAK. Sphere has for many years been focused on reducing the environmental impact of the products it manufactures and sells; the acquisition means that Sphere is ideally positioned to develop further new and innovative products which, together with the economies of scale, marks the beginning of a new and exciting future’.’