Palladium Digital has assisted Endless in a deal to buy Findel Education from Studio Retail Group (SRG) for £30 million. 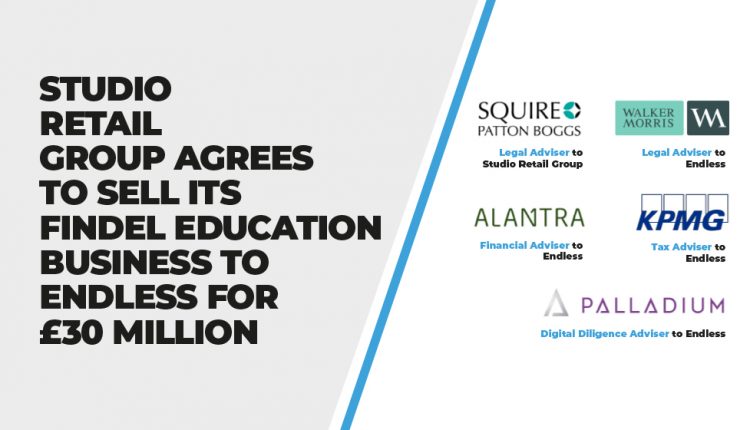 Palladium Digital has assisted Endless in a deal to buy Findel Education from Studio Retail Group (SRG) for £30 million.

Findel Education, based in Hyde, supplies resources and equipment to schools in the UK and overseas. It has been trading since 1817 and has developed well-known brands including GLS, Hope, Philip Harris and Davies Sports.

The Endless-backed management buy-out has been led by the existing management team of Chris Mahady (CEO), Mark Whittaker (CFO) and Martin Jones (CIO). The team will be further bolstered by the appointment of Paul McClenaghan (CEO of Victoria Plum) as chairman following the acquisition. The group has also made a £2 million working capital facility available to Findel Education.