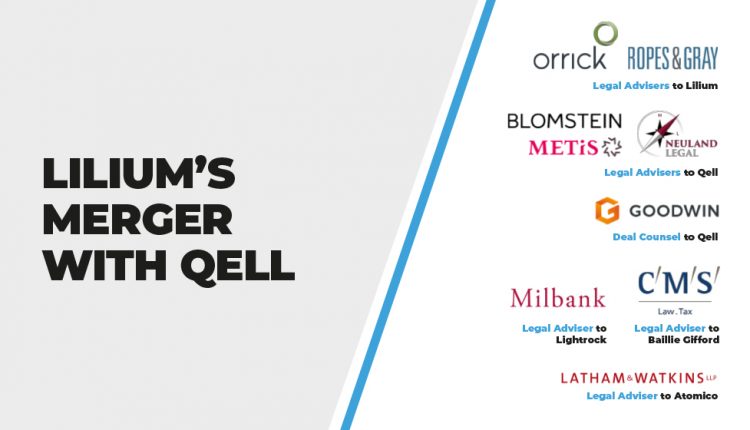 Munich-based electric air taxi manufacturer Lilium is preparing to go public on the Nasdaq index. For this purpose, Lilium has agreed a merger with the US SPAC Qell Acquisition, the company announced. The company expects $830 million from the issue of shares and cash held in trust, or the equivalent of €707 million. The merged company will be worth $3.3 billion.

Total gross proceeds are expected to be $830 million, including $380 million held in trust and proceeds from a private placement of $450 million. Investors in the placement include fund manager Baillie Gifford, funds and accounts from BlackRock, Tencent, Ferrovial, LGT and their direct impact investing arm Lightrock, Palantir, FII Institute and Pimco-affiliated private funds. Some of the vehicles, such as Baillie Gifford and Tencent, are among Lilium’s existing investors.

Orrick Herrington & Sutcliffe and Ropes & Gray are serving as legal advisors to Lilium. Lightrock, Atomico and Baillie Gifford are receiving legal advice from Milbank, Latham & Watkins and CMS Hasche Sigle respectively. Qell has been advised by BLOMSTEIN, Neuland and Metis.