The Science of Fire Investigation: Evidence, Witnesses and Safety

John Holland is an Expert Witness specialising in the investigation of fires. He speaks to us this month on how a fire investigator gathers forensic evidence and witness statements in the aftermath of a blaze. 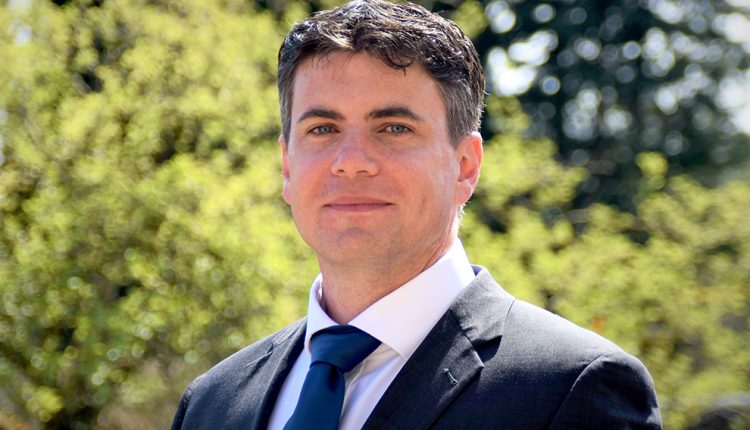 In what ways is fire investigation more than just gathering witness statements?

A forensic fire investigator is normally appointed to determine what happened, why and in what sequence. We usually work for insurance companies, often acting through intermediaries such as loss adjusters and solicitors, although we also undertake work for corporate clients and public bodies.

Fire investigators interpret fire damage patterns to identify the seat of a fire. However, the destructive nature of fire can obliterate useful evidence and create misleading patterns. On large commercial fires, we are often presented with a scene of near total devastation, with few discernible patterns of damage. Therefore, investigations based solely on the interpretation of damage patterns are rare.

Electrical evidence, including the activation of circuit protection devices or electric arc mapping, can be used to narrow down the location of the seat of a fire, and in some cases to identify the precise cause. Additional sources of information, such as intruder and fire alarm logs, CCTV recordings and automated production records can also be of use. However, sometimes interrogation of such devices, if they have been damaged by the fire, requires specialist equipment, resulting in delays. In such cases, early access to information from witnesses is invaluable.

Once the seat of the fire has been identified, it is often necessary to conduct further laboratory-based examinations and tests on items found there to establish why the fire occurred and whether the cause is attributable to the actions or omissions of an identifiable party. The extent of a laboratory examination will depend significantly on the balance of cost versus benefit; guiding our client in that respect is an integral part of the service provided by Hawkins.

People who start fires deliberately are often under the misapprehension that the fire will cover their tracks.

How do witness statements help?

Witness evidence is interesting, in that its reliability is ultimately a matter for a Court to consider, but without early access to contemporaneous witness accounts, it can be difficult to determine the cause of a fire. Witness information can guide an investigation, but ultimately my opinion needs to be based on scientific interpretation of the physical evidence. Part of that work involves reconciling witness accounts with that evidence.

Normally, during the initial stages of an investigation, I either interview witnesses directly, or sit in on interviews conducted by others. My preference is to be present, because there is more to taking statements than simply obtaining the answers to a list of predetermined questions. Typically, the witness will have just experienced a traumatic event and is perhaps concerned for the future of their business or employment. It is therefore necessary to approach them with compassion and care, whilst remaining objective and endeavouring to obtain the information needed for my investigation. Witnesses are generally helpful, but the frailties of human memory, coupled with the desire to help, sometimes leads to inaccuracies in the information provided. Such inaccuracies can sometimes be mistaken for deliberate attempts to mislead, but it is always necessary to be alert for indications of intentions to mislead; often those who intend to mislead do so under the misapprehension that the fire will have destroyed evidence of their intentions or activities.

What are common reasons for fires?

Some causes of fire are common, irrespective of the type of property or the nature of the activities carried out within them. Almost 50% of domestic fires in the UK in 2020 were attributed to cooking appliances. In a commercial setting, cooking fires often spread rapidly beyond the kitchen due to grease and fat deposits within extraction ductwork that has not been cleaned appropriately.

Electrical faults and appliance fires account for many fires investigated by Hawkins. Power surges and overloading of circuits are often referred to in the media, but in correctly configured installations they are rare. By far the most common cause of fires of electrical origin relates to resistive heating at poorly made connections. Fires can also originate within white goods; many recent high-profile incidents have been attributed to various brands of white goods, some of which have been subject to product safety recalls. Indeed, I was evacuated from an office block last year when smoke began issuing from a domestic dishwasher in a staff canteen. Somewhat aptly, at the time, I was delivering familiarisation training to solicitors on the topic of fires in white goods!

Witnesses are generally helpful, but the frailties of human memory, coupled with the desire to help, sometimes leads to inaccuracies in the information provided.

Another electrical cause that is becoming more frequent is the failure of lithium-ion batteries that have either been damaged, over-charged or over-discharged. Charge management is extremely important with such batteries. Even the mismatching of chargers can result in the energetic failure of a battery pack, often with devastating consequences. Similarly, disposing of such batteries poses a significant risk to the recycling industry; lithium reacts violently with water, the primary means of firefighting on such sites.

Other common causes of fires include self-heating, particularly of vegetable oil contaminated items recently dried in tumble driers, hot works, and poorly discarded smokers’ materials, although discarded cigarettes are considerably less likely to result in fires than Hollywood would have you believe!

The potential for fires to be started deliberately is ever-present; for example, by disgruntled employees, unscrupulous competitors or vandals. The potential also exists for business owners to attempt to “cash in” their insurance policy by starting a fire. However, people who start fires deliberately are often under the misapprehension that the fire will cover their tracks.

How can these be avoided?

The easiest and most effective way to avoid fires in a commercial setting is by following industry best practice and manufacturers’ instructions.

In terms of reducing the risks of electrical fires, I recommend ensuring that: the fixed wiring in the premises complies with the relevant Wiring Regulations, the installation is inspected by suitably qualified professionals at the recommended intervals, and electrical work is only carried out by competent contractors.

When it comes to industry-specific risks, many insurers offer guidance on how to comply with the conditions of their policies. It is advisable for businesses to work with their insurers to ensure compliance with the relevant guidance. Doing so not only reduces the risk of a fire, but it will also help to ensure that cover is in place in the event of a loss. For example, in the hospitality industry, insurance policies typically have conditions pertaining to the cleaning of kitchen extraction systems; in the laundry industry, policies typically require items to be separated and allowed to cool between drying and packaging.

Regulatory authorities, such as the HSE in the UK, offer guidance on how to reduce the risks of fire in the workplace, both generally and for specific industries. However, often the best source of guidance on industry specific risks is a relevant trade organisation.

When selecting external contractors to undertake work that bears a risk of fire, obtain copies of their fire related risk assessments and method statements, and ensure that the safeguards detailed in the documents are implemented.

In what ways can your forensic investigation change a case?

A well-respected loss adjuster once said to me at the scene of an incident, “John, if it is going to come out in the end, it might as well come out at the beginning.” I had just informed him that the evidence was pointing towards possible negligence by his principal’s insured. His point was that this information enabled him, and his client, to make informed decisions on liability at a very early stage and to manage the case accordingly. Of course, I did not divulge the relevant information to the other parties; client confidentiality is paramount.

Honesty, integrity and impartiality are fundamental to how Hawkins works. Our role is not to win cases for our clients, but rather to provide them with a scientifically robust interpretation of pertinent technical issues. This enables them to make appropriately informed decisions on how best to proceed. We achieve this by ensuring a rapid attendance on site, coupled with rigorous scientific analysis, followed by a rapid initial appraisal of the incident. Thereafter, we support our client by providing guidance on the technical merits of proceeding with more detailed investigations and undertaking those investigations where appropriate, including providing expert evidence in Court when necessary. Cases often hinge on the strength and reliability of the expert evidence.

John Holland, a Chartered Mechanical Engineer, joined Hawkins in 2007. In 2016 he became the Regional Manager for Scotland and Ireland. John specialises in the investigation of fires, engineering failures and personal injuries. He has investigated over 750 incidents, including many major and complex ones involving serious injuries and fatalities. He has prepared reports for insurers, private clients, and the Crown, in both civil and criminal matters. He has also given expert evidence in court on numerous occasions.

An Interview With Tim Foden, Partner At Boies Schiller Flexner