The Legal Profession: The Importance of Industry in Driving Towards Equality

Whose responsibility is it to improve racial equality in our society? Our Government’s? Teachers? Families? Friends? Media? Perhaps unsurprisingly - it is everyone’s. 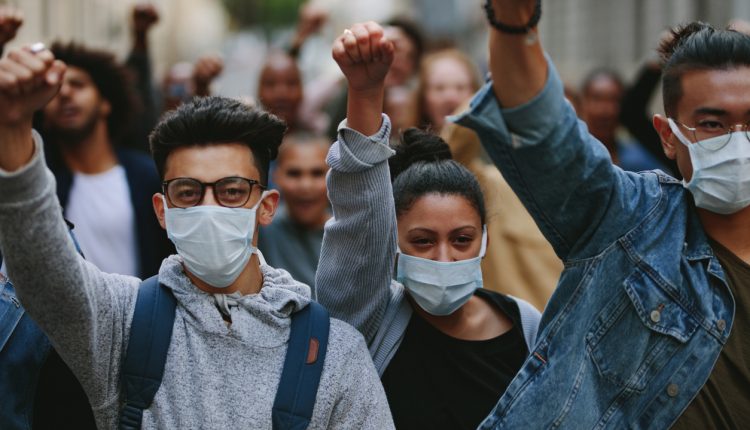 Whether this is banking or retail, sport or technology, the role of the industry has perhaps never been so prominent in driving positive change in wider society than it is today.

So, what can the legal sector, our sector, do to make a difference?

First and foremost, listen. Listen to our stories. Listen to what we have had to overcome to get to where we are today. Start to understand our journey and the obstacles faced. Think about giving opportunities to people who can be role models for the next generation of lawyers from diverse backgrounds. And ask the question, will we have equal representation tomorrow if we do not have enough role models today?

Marketers and communications professionals often talk of ‘people-like-me-marketing’. Essentially building a campaign or strategy in the image of those who you want to reach. Obvious really. But what if there are no ‘people like me’? How can you reach those people who do not relate to the backgrounds or stories of the figureheads of our industry?

The answer is to provide platforms for them to tell their stories so you can listen, and hopefully learn a little more about the inherent prejudices that still exist in the corporate sector. Which is exactly what the legal sector needs to do too.

My story is typical of a ‘kiddigrant’ – a child of immigrants. In my early school years, I was incredibly aware that I was ‘different’ because of my colour. I was left out, excluded and at times, bullied. As a result, my father signed me up for self-defence lessons.

For a number of years, I did Karate, Aikido and Jujitsu with my dad’s wish being that I could protect myself if needed. And then one day, when I was 14 years old, someone did pick a fight with me at school. I remember it vividly. Children were standing around in a circle, heckling and watching, cheering. Nobody expected it but I did fight back.

And I won the fight.

I am telling you this not because I want to seem tough, but because what happened after this fight was that I suddenly found myself included and respected by my school peers in a way that had never happened before.  It taught me that “if people see you stick up for yourself, they respect you.”

My parents told me (regularly) that I would have to work twice as hard and be twice as good as anyone else to get the same chances in life. And like many immigrants to the UK, they pushed me towards such a prestigious profession, choice of doctor, lawyer or accountant. Because they felt that a high-status profession would offer me a buffer from social inequality. Something they saw as inevitable because of my race and my gender. To an extent, being a lawyer has been a shield against inequity, and that underlines the importance of industry in tackling social issues.

In my opinion, racism and prejudice in the workplace have not gone away, but rather it has evolved. The biggest challenge we have is creating awareness and opening eyes to the damage of ‘inherent affinities’.

We all know that business is as much about the relationships you build as it is the results you achieve. Sometimes even more so. At the heart of a strong relationship is because one person ‘clicks’ with another. Those relationships tend to be with ‘people like me’.

To that end, the opportunities, the progression, the promotions, the big deals, the big cases, will go to the lawyers or solicitors who have relationships with the senior partners. And those people tend still to be the white majority.

Indeed, the SRA’s data revealed that “both black and Asian lawyers are significantly underrepresented in mid to large size firms (those with six or more partners). The largest firms (50 plus partners) have the lowest proportion of BAME partners – only 8%.”

This is not direct insult-based racism. It is inherent, systemic and arguably more damaging. Until the worldwide focus on racism last summer, there had been a wide-spread denial that the playing field is not level, and consequently a total lack of effective action to level it.

And so once again, the role of the industry comes into the spotlight.

We can use our workplaces to raise awareness of inequality, we can make sure we give role models the opportunity to inspire, start analysing our own actions, start challenging our own inherent concept of ‘human nature’ and in turn using the economic power of industry to influence change in society as a result.