Is Now the Right Time to Invest in the Cannabis Industry?

In this article, we explore the advantages of investing in the cannabis industry and the precautions one must take. 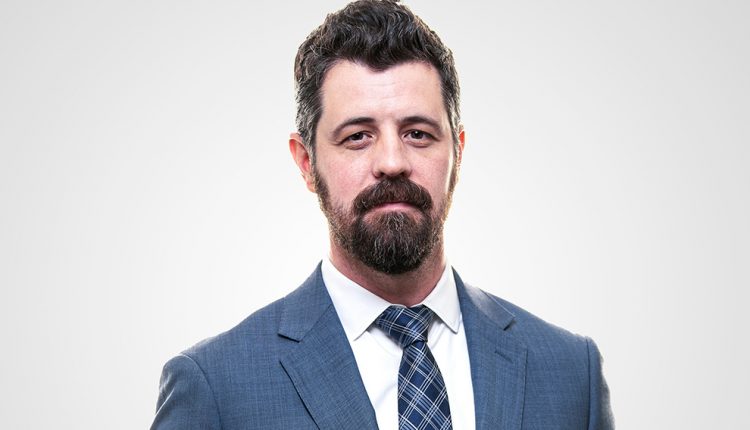 We also take a look at the challenges investors may face, including how to market their cannabis-based product.

Can you share the advantages of investing in the cannabis industry during this time?

Investing in public stocks versus investing capital in a commercial enterprise involve distinct challenges. The factors to consider are dependant on the unique circumstances of each case. Moreover, it should be noted that the cannabis industry includes more than the production, sale, and consumption of marijuana. The cannabis market is rapidly evolving to include both the medical and recreational production and use of cannabis and cannabis-derived products (such as CBD), medical and other research and development, and cannabis’ industrial derivative, hemp.

However, the (legal) cannabis industry is a budding market. Wall Street estimates vary significantly, which stands to reason since there is relatively limited historical data to extrapolate projections, but a consensus is that the U.S. will account for a third to half of all marijuana sales in a $40+ billion (USD) market by 2030.

There is always a risk of being “too early” to market. In the cannabis space, many companies have discovered the disparate treatment of the industry among states and the federal government was a bridge too far. However, with the legal landscape becoming more favourable, it makes sense to be the “first to market”. On the whole, cannabis stock prices are expected to rise with more favourable legislation, and states which have seen cannabis laws pass are likely only to hand out a finite number of licences. With respect to the latter, there is a considerable amount of investment in time, money, and local outreach which must be accomplished to better your chances to secure a licence.

What should investors be cautious about?

The key concern is that the recreational cannabis industry is prohibited by the federal government. The general consensus is that this is likely to change. However, there really is no guarantee that it will, and any change at the federal level is likely to be incremental and gradual.

The major federal law prohibiting personal possession and sale of cannabis is the Comprehensive Drug Abuse Prevention and Control Act of 1970. While small quantities carry relatively minor penalties (for first offences), charges related to large quantity trafficking can place an individual behind bars for decades and levy millions of dollars in fines. Where banking and other institutions engage in transactions involving cannabis or proceeds from the sales are concerned, the Bank Secrecy Act, Money Laundering Statute, and Unlicensed Money Transmitter Statute are the three primary federal criminal laws that can be triggered. Violations of these laws can result in fines up to $500,000 and jail time.

Since cannabis is not legal at the federal level, banks generally refuse to provide basic banking services to cannabis businesses. This forces industry players to deal in cash, and lots of it. The raising of capital is done by issuing stock (which dilutes existing shareholders), private equity, venture capital, and, in limited cases, credit unions.

Federal law also shapes the cannabis industry as a whole. Federal prohibition restricts interstate transport. As a result, investors have to set up redundant operations in multiple states.

Are there any further regulations that pose challenges for investment in this sector?

The Bankruptcy Code is a federal law that, among other things, provides a mechanism for distressed companies to reorganise their debt and emerge as a healthier, more profitable entity. The Bankruptcy Code includes significant protections to those entities which elect to take advantage of an opportunity for a fresh start, including a broad stay against virtually all creditors, located in any state, from continued attempts to recover property of the bankrupt debtor – even through the state or federal judicial system. However, in order to qualify for such protections, the bankrupt debtor’s business must be “legal” in the eyes of the federal government.

In April of 2017, the Director of the Executive Office for United States Trustees, which oversees the federal government’s interest in bankruptcy cases, made clear that it was the policy of the United States Trustee Program that United States Trustees move to dismiss all cases involving cannabis assets on grounds that such assets may not be administered under the Bankruptcy Code. The directive included those cases filed by debtors directly engaged in the cannabis industry, as well as those cases involving cannabis assets (for example, landlords who received rent where the proceeds derived from cannabis sales). The result has been the dismissal of most bankruptcy cases even when the debtors are arguably only indirectly involved in the cannabis industry.

For those wanting to turn investment into company formation, what unique issues do they face when it comes to insurance? How can they get around this?

Carriers face similar risks as other financial institutions which are subject to criminal prosecution for their involvement with cannabis-related businesses. Most insurers are owned by banking institutions.

The cannabis insurance industry has come a long way. Companies can obtain coverage. However, you must read the policy carefully to determine policy limits and confirm whether certain coverage is carved out. There are options for certain types of property and casualty lines, including general commercial and product liability. There are carriers that offer D&O policies for public and private companies.

Since many cannabis-related businesses primarily operate with paper currency, and house a large amount of product that can be stolen and sold on the black market, crime is a significant part of their risk exposure. Those looking to invest in or create a cannabis company can provide insurers with certain due diligence, including details of the security programs employed by a business to prevent crime. The measures taken must be commensurate with the operation. Businesses with robust risk management programs will have better coverage options.

The line between CBD and Marijuana is sometimes confusing – how can this create issues during marketing and advertising, especially when using a social media platform where those reached are from different states, where cannabis remains illegal?

Like interstate transportation, marketing is federally regulated. With the passage of the Farm Bill in 2018, Congress legalised the cultivation of hemp and hemp products. Under the Farm Bill, hemp is defined as cannabis but with no more than 0.3% of THC (the chemical responsible for mind-altering effects). Cannabinoids (or CBD) are a set of chemical compounds found in the cannabis plant. Under the federal Farm Bill, CBD product derived from hemp is legal. However, it is possible to derive CBD from cannabis with more than the 0.3% of the THC limit, which is illegal.

With its legalisation, federal agencies, like the FDA and FTC, must treat CBD (from hemp) the same as any other regulated product. Most large social media channels prohibit the advertisement of CBD (from hemp or cannabis) and cannabis. Recently, Facebook started loosening its restrictions on hemp-based CBD ads, but there are plenty of rules to follow if you don’t want them to pull yours down.

Any advertiser should carefully consider and gain a full understanding of how far and wide any platform might reach, especially if it has the potential of reaching across state lines, or into a state in which cannabis or cannabis-derived CBD is illegal.

When a company is formed in this sector, what HR challenges are presented? How is testing and cannabis use managed?

Company HR concerns will be dependant, in part, on the state in which the company is located. In New York’s recently passed legislation, employers have no legal obligation to permit use of recreational cannabis in their workplace.  In addition, while off-site usage is protected, the law includes provisions allowing employers to take action against employees who are impaired at work where their performance is lessened or the employee’s conduct interferes with the ability to provide a safe and healthy workplace.  Employers likewise have no obligation to violate local, state or federal laws or allow conduct that jeopardises their receipt of federal funding.

In New Jersey, employers have broader discretion and are authorised to take action where an employee is found to be impaired and presents a positive test. No other harm or risk is required.

Donald W. Clarke is Counsel at Genova Burns LLC and a member of the firm’s Bankruptcy, Reorganization and Creditors Rights and Cannabis Law Groups. He has extensive experience with complex restructuring matters and a comprehensive understanding of federal, state, and local laws, including regulatory requirements, across all industries. This experience has enabled Mr Clarke to assist clients with their navigation of such regulatory schemes outside of bankruptcy, including in the space of cannabis law.