Challenges of Suicide Related Litigation in Jails and Prisons

In this piece, Anasseril E. Daniel, M. D. Forensic Psychiatrist and Suicide Researcher, discusses suicide in jails and the role of the expert in such cases. 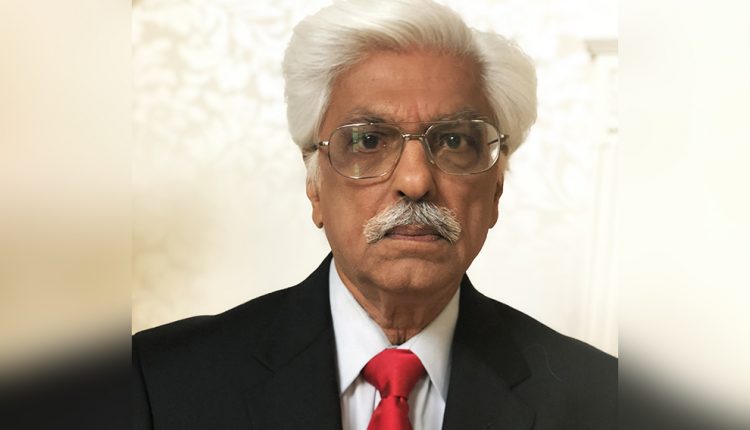 He explores the common risk factors and the process behind identifying if more could have been done by the prison institution to save inmates from committing suicide.

Suicide in jails and prisons is a significant public health issue in the United States and worldwide.  It is the second leading cause of death in jails and third in prisons.  A lawsuit follows 90% of suicides.

Inmate suicide attempts and suicides are the most common causes of litigation in jails and prisons. Lawsuits, often motivated by money, attempt to establish liability by stakeholders, including healthcare professionals and jail and prison officials.   Clinical research has established the common risk factors, risk identification and risk assessment process.

A lawsuit follows 90% of suicides.

In a malpractice claim, a medical or psychiatric expert’s role is to establish a proximate relationship between any deviation from the standard of care and the resulting death or injury.

A correctional expert’s role in a §1983 lawsuit is more complicated and fraught with problems and challenges.  The typical allegation in a deliberate indifference complaint focuses on how the facility officials and/or health care providers intentionally disregarded an inmate’s serious medical need, violating his constitutional right, embedded in the 8th Amendment protection against cruel and unusual punishment.  Suicide vulnerability and risk is deemed to be a serious medical need of an inmate. Usually, the §1983 based lawsuit includes claims of poor staffing and lack of staff training, causing and contributing to inmate suicide. Such claims have their origin in Monnell v. Department of Social Services, New York City[1]. There is no general agreement on what constitutes deliberate indifference.

In Kempf v. Northumberland City Jail[3], relying on the expert report of Dr A. E. Daniel, the court determined that: “the (decedent) posed a significant suicide risk at the time he was booked and remained so throughout the confinement at (prison); and the placement of the (decedent) in a cell with known anchor points with bedsheets and clothing, knowing his obvious and substantial risk, amounted to deliberate indifference.”

The main challenge for the correctional expert is to establish that the decedent was particularly vulnerable to suicide.

The main challenge for the correctional expert is to establish that the decedent was particularly vulnerable to suicide.  The presence of specific risk factors, a key to making the decision, include a near-lethal suicide attempt/s during six months preceding the final event, active suicidal ideation with intent and plan during detention, active mental illness with psychotropic medication use, a mental state of hopelessness and narrowing of interests, anxiety and agitation and a psychosocial stressor acting as a precipitant of suicide.  Some may be in a state of alcohol or opiate intoxication and withdrawal.  These risk factors are likely to cause the inmate particularly vulnerable to suicide.

There is no standard methodology, special technique or formula to analyse the claims of civil rights violations involving suicide.  An expert must perform an objective review and examination of screening documents, correctional records, mental health and medical records, applicable policies and procedures, administrative directives, state statutes, and testimonies to determine whether the facility health care professionals and correctional officials complied with standards of practice and procedures or committed acts of omission and commission, that can be interpreted as conscious, reckless disregard of the inmate’s suicide vulnerability.  Then, the expert applies his hands-on experience, specialised knowledge and research in arriving at a logical and reasoned set of observations, findings and professional opinions.  Since the subject of the lawsuit is deceased, no direct examination is feasible or required.

As per Federal Rules of Evidence 26, an expert is required to submit a report of the analysis and study. The expert renders the opinions with a reasonable degree of professional certainty or probability (more likely than not).  The well-reasoned opinions establish the link between the officials’ knowledge of and subsequent lack of action to address the inmate’s suicide vulnerability.  In civil rights violation cases, what an individual official (defendant) did or did not do must be identified in the report.  Occasionally, a rebuttal report to address any disagreement with the opposing expert may be required.

In Farmer v. Brennan[4], Justice Souter positioned the required standard of proof between negligence on the one hand and acting with purpose or intent on the other, which basically amounts to “recklessness”. In deliberate indifference lawsuits, the plaintiff is required to show that the defendants (prison officials or health care professionals) “knew” (had actual knowledge as opposed to should have known) the serious medical need and disregarded the “excessive risk to inmate’s health or safety”.

There is no standard methodology, special technique or formula to analyse the claims of civil rights violations involving suicide.

It is not uncommon that the defendants may move to strike the expert’s opinions[5], citing that the expert’s opinions are not relevant or reliable and that opinions invade the province of the jury by purporting to render conclusions of the law. Once such a challenge is made, the expert has the burden to prove by a preponderance of the evidence that the expert’s testimony is both relevant and reliable. Federal Rule of Evidence 702 indicates that an expert can testify if: 1) the expert’s scientific, technical, or other specialised knowledge will help the trier of fact to understand the evidence or to determine a fact in issue; 2) the testimony is based on sufficient facts or data; 3) the testimony is the product of reliable principles and methods, and 4) the expert has reliably applied the principles and methods to the facts of the case.

By properly performing the expert analysis based on technical, scientific and specialised knowledge of the subject matter, i.e., suicide vulnerability, a serious medical need, and applying the acceptable methodology to analyse the data and facts, expert testimony will assist the trier of fact.

Note:  The article is based on the author’s Book (in reparation) titled “Suicide in Jails and Prisons.”

Dr A. E. Daniel, M.D. specialises in the forensic application of his clinical expertise to issues involving civil, criminal, and correctional matters. Board Certified in Adult, Child and Forensic Psychiatry, Dr Daniel is Adjunct Professor of Psychiatry at the University of Missouri and a Distinguished Life Fellow of the American Psychiatric Association. He served as Associate Editor of Journal of the American Academy of Psychiatry and the Law.

Practising Forensic Psychiatry for over 30 years, Dr Daniel has evaluated close to 4,500 patients involved in civil, criminal, child custody and correctional matters and has testified more than 350 times on the forensic issues involved, in both state and federal courts.