The Women Who Broke Barriers…

Follow us through time as we list the prominent legal female figures that broke boundaries, moulded the legal sector into what it is now and created opportunities for their successors, years post their reign. 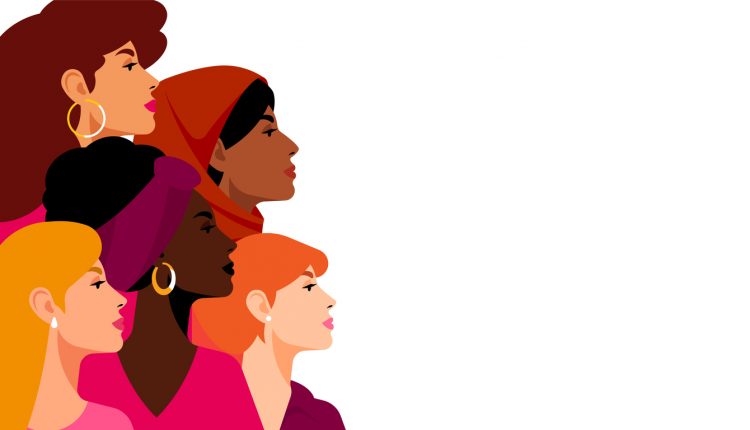 The suffragette movement was beginning in the UK and Mary Smith was the first women’s suffrage to petition to Parliament. During this time, The Great Reform Act specifies that only “male persons” can vote.

Arabella Mansfield became the first female lawyer in the United States, despite the fact that there was an Iowa state law that restricted females from entering the bar exam. Arabella didn’t allow this to stop her; she took the exam, earning high scores and thus admitted to the Iowa bar in 1869.

Ada Kepley became the first woman in the US to graduate from law school.

A law was enacted allowing qualified female attorneys to practice in any federal court in the United States.

However, in the UK Eliza Orme applied to take the Law Society’s exams to become a solicitor. Her application was refused.

Helen Taylor became the first woman parliamentary candidate. Her programme included just and better laws for women, the prevention of war, and ‘less work and better pay’ for the working classes.

Despite being knocked down before, Eliza Orme became the first woman to earn a law degree in England at UCL. Prior to this, she was ‘unofficially’ practising law.

Cornelia Sorabji, who was the first woman to practice law in Indian and Britan and the first female advocate in India, was also the first Indian national and first woman at Oxford university to sit Bachelor of Civil Law. She had to wait a long 30 years for her degree, however, until the Sex Disqualification Act.

Ethel Benjamin became the first female lawyer in New Zealand (and also the first in the British Empire).

Emmeline Pankhurst founded the Women’s Social and Political Union (WSPU) and became a prominent figure who helped women win the right to vote.

Reina Lawrence became the first female councillor elected in Britain. She also became a solicitor post the 1919 Sex Disqualification Act, despite receiving her LL.B in 1893.

Bebb v The Law Society. Maud Crofts, Karin Costelloe, Lucy Nettlefold and Gwyneth Bebb challenged the Law Society to admit women on the basis that ‘women were a person within the means of the Solicitors Act 1843’. They were unsuccessful, but the publicity of this case marked an impact for the Sex Discrimination Act in 1919.

UK Parliament passed the Representation of the People Act granting women over 30, who were householders, wives of householders, occupiers of property and graduates, to vote.

Sex Discrimination Act passed. This allowed women to enter the legal sector, to receive their degrees and allowed them to act on juries and as magistrates.

Nancy Astor became the first woman to take a seat in the House of Commons after being elected as MP.

After the Sex Discrimination Act 1919 was passed, Ada Jane Summers became the first female to sit as a magistrate.

A major landmark saw the 19th amendment of the US constitution stating women had the right to vote. Elizabeth Cady Stanton, Susan B. Anthony, and Lucy Stone were important figures in the women’s rights movement.

Ivy Williams was the first woman to be called to the English bar.

Florence King became the first woman to win a case before the US Supreme Court in 1923 (Crown v. Nye).

The Equal Franchise Act allowed women over 21 to vote, finally allowing men and women to have the exact same rights to vote.

The Bar Council allows women to practice under their maiden name so they: “are not deprived of the professional reputation acquired as spinsters.”

Frances Moran became the first woman to take silk in the British Isles when she was called to the Irish Inner Bar.

Janet Wood was the first woman to complete a law degree in the UK. During this time, women were required to take a ‘special exam for women’. Women were not granted degrees at Cambridge until 1947.

The first female to be appointed as High Court judge in the UK was Elizabeth Lane. She is also responsible for introducing ‘Your Ladyship’ into legal discourse.

Moya Quinlan was elected the first Lady Council member of the Law Society.

Barring women from practising law was prohibited in the US.

The Sex Discrimination Act made it illegal for companies to promote or employ a male worker with fewer qualifications and less experience over a qualified and well experienced female worker. The Act shifted to enable more equality in the workplace, by stating it was also illegal to demote employees on their return from maternity and paternity leave, and refusing to hire women based on the nature of the work, for e.g., physical qualities.

Lady Hale was the first woman and youngest person to ever be appointed to the Law Commission.

Dame Elizabeth Butler-Sloss, a highly ranked female judge who also chaired inquests into the deaths of Princess Diana and Dodi Fayed, was the first woman appointed as Lord Justice of Appeal.

Baroness Scotland of Asthal was not only the first black woman to be appointed Queen’s Counsel, but was also one of the youngest to take Silk

Dame Heather Carol Hallett was elected as the first woman to Chair the Bar Council.

Listed as one of Britain’s most powerful women, Dame Linda Penelope Dobbs became the first non-white person to be appointed to the senior judiciary in England and Wales.

After establishing a career as an academic lawyer, law reformer and judge, Baroness Hale was appointed the first woman Justice of the Supreme Court.

The youngest person to be called to the Bar in 600 years was Gabrielle Turnquest.

The first woman to be appointed as Chancellor and Secretary of State for Justice – a role which was created in 1707 – was Elizabeth Truss.

After the role of Senior Presiding Judge of the Court of Appeal of England and Wales was created in 1983, Lady Justice Macur became the first female appointed.