All around the globe today people are celebrating International Women’s Day. 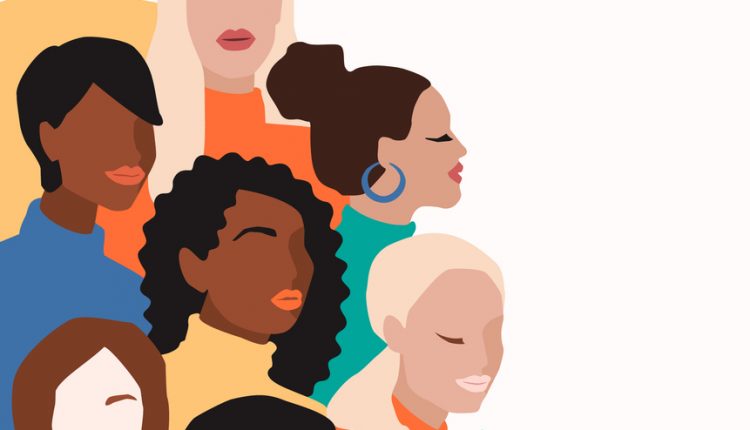 With the fight against inequality remaining, we reflect on the women who not only became prominent historical figures, but also those who broke barriers that impacted the law we know today.

Emmeline Pankhurst, leader of the women’s suffragette movement in the UK, is known for her fierce advocacy for getting women the right to vote. She founded the Women’s Social and Political Union in 1903, which became known for physical confrontations with the law. After years of rallying, protesting and giving encouraging speeches, in 1918, the Representation of the People Act granted votes to all men over the age of 21 and women over the age of 30, who were also property owners. (This discrepancy was intended to ensure that men did not become minority voters as a consequence of the huge number of deaths suffered during the First World War.) Emmeline didn’t live to see the law changing in 1928 allowing all women over 21 years of age the right to vote as, unfortunately, she died a few weeks prior.

The image shows Emmeline being arrested outside Buckingham Palace while trying to present a petition to King George V in May 1914.

After being a part of the suffragette movement in the UK, Alice Paul moved to the U.S. where she became a key figure in the voices that led to the passage of the 19th Amendment in 1092, allowing women to vote in the U.S.  In 1923, an amendment that Paul had drafted — called the Lucretia Mott amendment — was first introduced in Congress. Unfortunately, it didn’t progress any further for decades, but after a new women’s movement gained strength, both houses of Congress finally passed the Equal Rights Amendment in 1972, which Paul, unfortunately, didn’t live to see.

Margaret Sanger was an American birth control activist who popularised the term “birth control”, opened the first birth control clinic in the U.S. – which led to her arrest for distributing information on contraception -, and established organisations that evolved into the Planned Parenthood Federation of America. In the case of People v. Sanger, the New York State Court of Appeals reversed the criminal conviction of Sanger, ruling that New York’s limitations on the distribution of birth control are unconstitutional because they infringe upon women’s liberties by forcing them to conceive more children than they want. In her later life, Sanger spearheaded the effort that resulted in the modern birth control pill by 1960. She was criticised for being a ‘eugenicist’, but nonetheless, she paved the way for women’s birth control rights.

Marie Stopes was a British campaigner for women’s birth control rights. Stopes founded the first birth control clinic in Britain in 1921 and had previously exchanged ideas with Sanger. Throughout the 1920s, Stopes and other feminist pioneers had played a major role in breaking down taboos about sex and increasing knowledge, pleasure and improved reproductive health. Stopes’ clinic was the first notable movement towards women’s rights on birth control; in 1967, The Family Planning Act was enacted, making contraception readily available through the NHS by enabling local health authorities to provide advice to a much wider population.

On 29 January 2009, Barack Obama signed his first law as President: the Lilly Ledbetter Fair Pay Act. Lilly Ledbetter was the plaintiff in the United States Supreme Court case Ledbetter v. Goodyear Tire & Rubber Co. regarding employment discrimination and fought to close the gap between women’s and men’s wages, after sparring with the Supreme Court and lobbying Capitol Hill in a historic discrimination case. The Act now requires employers to redouble their efforts to ensure that their pay practices are non-discriminatory and to make certain that they keep the records needed to prove the fairness of pay decisions.

Addie L. Wyatt is known for being the first African American woman elected international vice president of a major labour union, the Amalgamated Meat Cutters Union. Her concerns for the rights of working people, women, and minorities, and her belief in the organised labour movement led to her becoming a leader in the United Packinghouse Workers of America (UPWA).

In the early 1950s, Wyatt joined the UPWA when discovering the union did not discriminate against its members. As the forefront leader of black women, she and others took advantage of their union’s antiracist and anti-discrimination laws and fought race-based and gender-based inequities. Among other achievements, Wyatt and her union of black, white, and Latino labourers were able to win “equal pay for equal work” provisions in many union contracts well before the Equal Pay Act of 1963.

Esther Peterson was an American consumer advocate who worked to make product information available to the public and advocated for equal pay for the sexes.

In 1961, Peterson was appointed to head the Women’s Bureau in the Department of Labor, which was responsible for administering gender-issue labour laws. At her urging, President Kennedy established the Presidential Commission on the Status of Women to develop recommendations for achieving equality. In February 1963, Peterson submitted a draft bill of an Equal Pay Act to Congress on behalf of the Kennedy administration and on 10 June 1963, the Equal Pay Act passed the House and Senate and was signed into law.

Caroline Elizabeth Sarah Norton was an English social reformer and author active in the early and mid-19th century. In 1863, Norton had left her husband, following which he sued her close friend and the then Whig Prime Minister Lord Melbourne for criminal conversation (i.e., adultery). The jury threw out the claim, but she was unable to obtain a divorce and was denied access to her three sons. When Parliament debated the subject of divorce reform in 1855, Norton had submitted to the members a detailed account of her own marriage, describing the difficulties faced by women as the result of the existing laws. Norton’s intense campaigning led to the passing of the Custody of Infants Act 1839, the Matrimonial Causes Act 1857 and the Married Women’s Property Act 1870.

Getting To the Truth: Nine Principles for Medico-Legal Practice