The COVID-19 pandemic took a heavy toll on the commercial real estate market worldwide. Some sectors did well, such as supermarkets and logistics as people’s shopping habits changed, but offices, hotels and industrials were decimated by the global lockdown. 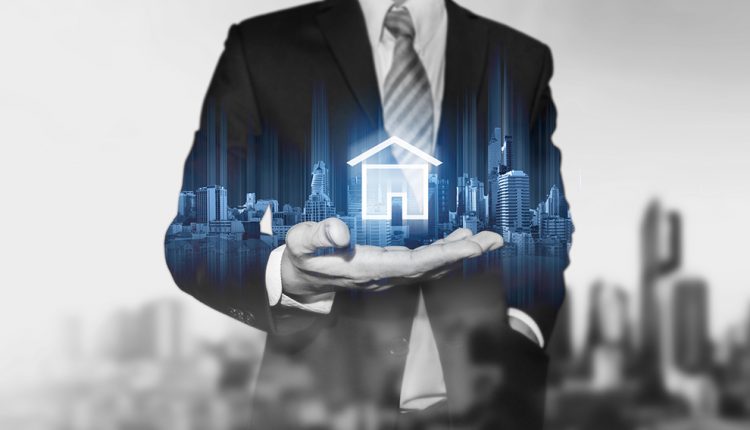 The outlook for real estate is looking much brighter in 2021, however, as the global economy recovers, legal teams could once again see the sector as a good source of deals.

But will the exponential rise in the use of digital technology from people turning to their laptops during lockdown, result in greater use of technology in deals, essentially in an industry such as real estate which is known as a technology laggard?

To gauge how the pandemic impacted the adoption of digitisation in real estate, we surveyed the industry’s professionals in Europe*. The figures seem to show that the real estate industry is less deserving of its technophobe reputation than some might have thought. All our respondents had some degree of digitisation in place, with the highest proportion (37%) saying they had between 50% and 74% digitised. Only 1% claimed they had digitised all their processes, but none said they had no plans to introduce it.

Confidence in the power of digitisation is strong, with more than two in five (43%) saying it would increase the efficiency of businesses processes, a further 30% said that it could dramatically reduce costs and 27% said it could create significant competitive advantages.

Despite its positive potential, the technology currently being applied in the European real estate industry does have some key weaknesses. The lack of integration between systems and platforms was the most common complaint from our respondents, which was cited by 44% of them. A second key challenge identified by 29% was the lack of applications available to replace the paper-based processes that still exist quite widely. Around one in 10 (11%) said poor network resilience is the worst problem and 10% pointed to inadequate security.

More than one in three (36%) of our respondents said that remote working will be the most important theme for the real estate market in future.

The lack of integration that was identified is no surprise. Firms have been calling for greater connectivity in their business processes for some time, but it does require the practical use of interfaces between software solutions.

Drooms has addressed this by opening up its application programming interface (API) to its virtual data room (VDR) users, enabling them to connect the platform to other systems. The goal? To save time, workload, effort and reduce costs.

Launched around 20 years ago, a VDR is an online version of the physical spaces in which confidential or sensitive information and documents were held and could be viewed by authorised parties. Thanks to major technological advances, they now provide a secure, online platform for accessing confidential documents and handling business processes with a range of added functionalities.

They lend tremendous efficiency and functionalities to M&As, IPOs and for non-performing loan and real estate transactions, they streamline due diligence processes and make divestment simple. In 2019, for example, Drooms hosted 70% of the largest real estate deals with a total volume exceeding EUR 8.7 billion in Germany. They can also be used effectively to manage real estate assets throughout their lifecycle.

The exponential rise in the number of people working remotely will likely be one of the strongest memories for most people about the pandemic. For many companies, it was a hurdle they had yet to cross on a large scale, perhaps because of uncertainty about its feasibility. But large numbers of companies had to make the switch and did so successfully, to the point that it could be a money saver if less office space is required after the pandemic is over.

More than one in three (36%) of our respondents said that remote working will be the most important theme for the real estate market in future. The second theme highlighted by our respondents was the expected arrival of more integrated technology that will improve efficiencies across the whole real estate value chain, which was cited by 28%.

One clear lesson from the pandemic is that those companies that already had digital technology installed were much better equipped to deal with remote working and closed offices.

It will also be true that those legal firms that have the right technology in place that can deliver greater efficiencies, lower costs and higher productivity, including managing transactions, will be better placed than their competitors to take advantage of the post-COVID recovery of the real estate market.

*The study was a quantitative survey using an online questionnaire consisting of seven questions. Customers and interested parties in Europe were invited to take part in September 2020 via email. A total of 538 real estate experts responded. The full survey can be accessed here: https://bit.ly/383EHYV

Should You Believe What Your Own Two Eyes Are Seeing? The Malicious Intent of…

The Future of Canadian Immigration