'Keep your head down and don’t rock the boat' is the very opposite of good career advice, says Slater Heelis’s Chris Bishop. 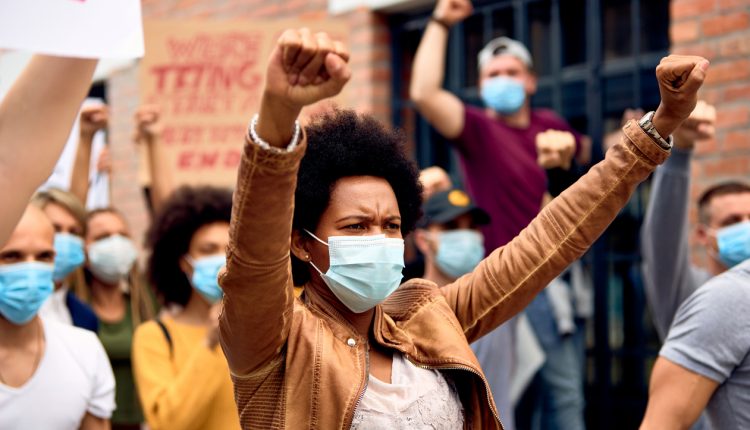 Below, Lawyer Monthly hears from Chris Bishop, managing partner of Slater Heelis, on  how a political conscience is something firms should encourage rather than fear.

“Do not support campaigns no matter how apparently worthy the cause or how much their message appears to be accepted or uncontroversial.”

So reads the BBC’s much-discussed social media guidelines, issued to its staff back in October. The initiative of newly appointed Director General Tim Davie, the rules are intended to safeguard public trust and maintain a standard of “BBC impartiality”. Disciplinary action, including potential termination of contract, faces those in breach.

We’re all aware, I’m sure, of the age-old separation of political and professional spheres, but since when did canvassing for change become grounds for dismissal? To me the opposite rings true: a social conscience is a compelling reason for employment.

A debate over whether the BBC’s social media policy exceeds mere “professional discipline” is beyond the scope of this article, but it does raise some important and prickly questions: what constitutes the “controversial” and who decides this? Can anything ever truly be impartial? And perhaps more importantly, should it be? Many people, myself included, would argue that being apolitical is in fact a political choice.

The prevailing belief in the legal sector has long been that to kickstart your career you must squash political passion and bow your head. Many risk-averse practitioners would sooner champion the “uncontroversial” before vocalising their opinion because it’s easier that way. More often than not, complacency trumps campaigning in the legal world, and this must change.

We need “disruptors”, those willing to challenge status quo – people who are willing to actively participate in peaceful protest to further social justice campaigns such as Climate Change and BLM, even though the establishment might try to label such actions unlawful and threaten arrest. An individual with a questioning mindset will provoke reflection across a firm, pressing people to hold themselves to account.

Everything comes full circle too. This kind of energised, provocative thinking won’t only influence a firm’s ethos and culture, but encourage it to critically interrogate almost everything about itself – including its professional practices and processes. It’s not all high-level, abstract change; there are immediate practical applications.

We’re seeing this ourselves at Slater Heelis. Young, more sustainably- and digitally-minded employees are bringing about crucial operational reform – from minimising paper use to improve our environmental impact, to modernising processes from a digital perspective to make the business work more efficiently. As scenes get busier and workloads intensify, this is increasingly important.

Investing in young talent is also an education for older generations of lawyers. If a new starter has the confidence to challenge a senior lawyer on a contentious matter, they should be able to provide an answer; if they can’t, it’s probably a good indication that things need to change.

There are few careers in which being argumentative is considered a good thing, but as I see it, in law it’s practically a non-negotiable. Being able to make a case, defend a point of view, and demonstrate a thought process are indispensable qualities to have in this sector. That’s why if you’re 18-25 years old and your qualifications don’t immediately apply to law, it’s no reason to write off a law career. We’re looking for individuals with potential, who can develop these kinds of communication and critical thinking skills – and I think being politically alert and socially engaged plays a part in that.

More often than not, complacency trumps campaigning in the legal world, and this must change.

It’s about time, in both the legal world and more broadly, that we embrace political passion and provocative thought as assets, not threats to a kind of illusory impartiality. To me, it is those young lawyers who are inquisitive, alert and active around the issues that matter who will animate and revolutionise an otherwise slow-moving legal sector.

There’s nothing wrong with being an “activist” or “loud-mouthed” lawyer, as one Government source recently put it – in fact, I’d rather encourage it.