The Legality behind Making a Memorable, Lasting Video Game

Speaking to David Hoppe, we explore the legal considerations behind making a video game. 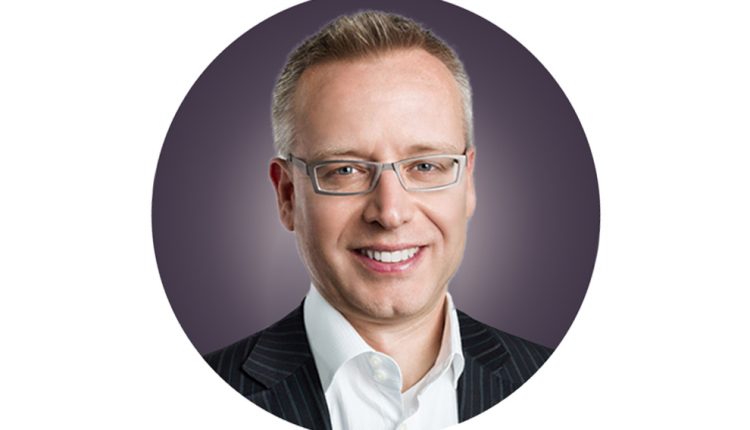 With online gaming and the development of technology allowing people of all ages to play games on a device as handy as a smartphone, the role of advertising, privacy and IP has changed dramatically over the years. Below, David shares some aspects game developers need to be aware of in order to ensure their years of work makes a memorable – and legal – impression on the video gaming industry.

When protecting one’s IP in video games, what precautions should be taken, and when is it wise to sell IP for monetary purposes?

Video games consist of perhaps millions of lines of code, layered storylines, and a complex and evolving network of talent and stakeholders. All that creativity creates works of art, performance, and entertainment value that warrants legal protection and legal advice on how much the output is worth and how best to leverage it for current and future revenue. In fact, enforcing those intellectual property rights and negotiating terms for relinquishing or transferring them constitutes a large portion of video game law.

A lawyer who understands both transactions and the nature and trends driving the video game landscape can evaluate how intellectual property can best be used – whether as a cornerstone in the ongoing development of the client’s game portfolio or as a means of raising capital through sale to a third party.

Whether you decide to keep and defend your IP rights, or you want to cash them in, it may pay to hire an attorney experienced in all aspects of the law and who has represented clients on both sides of the issue. We, for instance, can help sellers draft legally enforceable contracts with any licensor or buyer, including other gaming companies, websites, movie, television, and webcast producers, etc., negotiating not only financial arrangements but also the scope, payment terms, licensing, and distribution issues. For protecting IP assets, we can secure trademarks, copyrights, and patents, enforce the Trade Secrets Act and Digital Millennium Copyright Act takedown provisions, and non-disclosure agreements.

Some people may be able to recall their favourite childhood video game; from Mario Kart to Tekken, what are the legal processes behind licensing and merchandising these games which allow them to remain unique and memorable?

Licensing agreements are very common in the video game world. A licence grants a party the right to use a creator’s intellectual property, such as a character, logo, or celebrity likeness. When these are memorable or iconic – Michael Jordan in a basketball video game, or Keanu Reeves in the new Cyberpunk 2077, for instance – it can give a game lasting appeal. And, of course, it opens the game up to merchandise, such as action figures and t-shirts. In these cases, the game developer will pay the personality for their services – such as voiceover work – or their likeness and name. In other cases, a game’s IP owner can licence its iconic characters – Mario and Luigi – a catchphrase or image that players will instantly recognise.

New game developers would do well to hire an industry-focused lawyer to document that they have clear and complete proof that either all the game’s elements are original or the company has secured the right to use someone else’s work identity. The lawyer then can take steps to protect the elements from use by anyone other than those who pay for the right.

Whether you decide to keep and defend your IP rights, or you want to cash them in, it may pay to hire an attorney experienced in all aspects of the law and who has represented clients on both sides of the issue.

What are the important components to trademarking and copyrighting in video games and how often should they be reviewed?

Copyright and trademark are integral elements of intellectual property law and can be conjunctively applied to protect video games from piracy, but it’s important to be aware of the distinctions between the two.

Copyright law protects creative content that is in a fixed form, such as a video game. It protects:

Trademark law applies to the game title and branding. A trademark is a word, phrase, symbol, or design that is used to represent a product or service. Trademark law can therefore protect:

A logo cannot be copyrighted unless a degree of creativity was applied to its development, but almost any logo can be trademarked as long as it is not confusingly similar to another trademark.

Developers need to consider multiple revenue streams when monetising their video games. What do they need to know about in-game ads from a legal perspective?

As with other industries, advertising for video games is subject to regulation and other legal requirements. For example, one type of law – known as “truth in advertising” – stipulates that claims made in advertising must be accurate and cannot be misleading.

In the United States, advertisements cannot be “deceptive” or “unfair,” and both of these terms have legal definitions. For example, a free-to-play video game ad could be seen as deceptive if the ad shows items being used in the game without making it clear that those items require in-app purchases.

Many video games, particularly mobile video games that are designed to be played on a phone or tablet, make use of in-game advertising. This is a common strategy for freemium and free-to-play video games.

A logo cannot be copyrighted unless a degree of creativity was applied to its development, but almost any logo can be trademarked as long as it is not confusingly similar to another trademark.

Virtual economies within video game universes are another popular way to increase their profitability. What regulations should game companies be aware of?

Many video games include the use of virtual “currencies” that form the basis of in-game economies. Today, there are two types of in-game currencies: those that are limited to the game experience, and those that can be converted into real-world currencies.

An example of the former is the coins collected in Super Mario or the gold pieces earned by completing quests in World of Warcraft. These currencies remain in the game and can be used to purchase in-game items. While secondary markets may arise as was the case with World of Warcraft, the in-game money cannot be converted into real currency.

The latter type of in-game currency is sometimes referred to as “premium” currency. In this case, players purchase the in-game currency with real money using a credit card or other payment method. This method of monetisation is often used in freemium video games to make in-app or in-game purchases of resources or cosmetic enhancements.

Virtual currencies that have out-of-game financial impacts are subject to regulation and it is essential that developers and publishers are aware of the real and potential implications on their business and players. For example, the manner in which a virtual currency is earned or purchased may be subject to state and federal gambling laws, even if the game is not a casino-type game. In such a case, some state laws may require that the publisher register as a casino operator.

Game developers and publishers who wish to avoid designation as a “money services business” must structure their in-game currencies in a way that it cannot accumulate any true monetary value. That is, the virtual currency must be limited, non-transferable, usable only within the video game or app, and not represent a property interest in any way.

Game developers and publishers who wish to avoid designation as a “money services business” must structure their in-game currencies in a way that it cannot accumulate any true monetary value.

Privacy issues have increasingly garnered attention and are constantly updated to protect consumers; what aspects must developers review and what regulations do they need to meet?

As I mentioned earlier, in-game ads can be an effective way to derive incremental revenue from video games, especially when they make use of ‘dynamic’ IGAs that change based upon player behaviours. As is common in other digital advertisements, game publishers and marketing automation teams include cookies and other tracking tools to collect player information.

Video game developers and publishers can collect a variety of data from their users and players. Sometimes this data is used to improve gameplay; other times it is used for marketing purposes by noting each player’s preferences, search topics, and location. Then the game companies can serve ads targeted to these interests.

There’s nothing wrong with that, as not all player information is subject to privacy laws. But it is important to understand which information is protected and what privacy issues can potentially arise. Notably, children are afforded an extra layer of privacy protection when it comes to video games and other online products, so particular care must be employed with regard to any video games kids may play, whether designed for their age level or not.

Video game companies must put privacy policies in place and must be transparent about the type of information they collect from players. In addition, they must be clear about what they do with the information that they collect, including whether that information is sold or shared with third parties. Some of these are unique to video games, so game companies should seek an attorney who understands the nuances.

David B. Hoppe is the founder and managing partner of Gamma Law.  Mr Hoppe is an experienced international transactional lawyer and a recognized authority on emerging legal issues in high-growth media/technology sectors, including video games and esports, blockchain and digital assets, VR/AR/XR, and digital media/entertainment.

Gamma Law is a specialty law firm providing premium support to select clients in cutting-edge media/tech industry sectors. We have deep expertise in video games and esports, VR/AR/XR, digital media and entertainment, and blockchain, and were early movers in these areas. Our clients range in size from founders and emerging businesses to multinational enterprises, but all of them benefit from our deep understanding of the challenges and opportunities in the business verticals in which they operate.  Because of our experience working in these fast-moving, dynamic industries, we are able to provide value-added and highly efficient support to our clients, giving them an edge in the competitive environments in which they operate.