Does BigTech Have Too Much Power?

The debate has risen again: Do multinational tech companies have too much power? 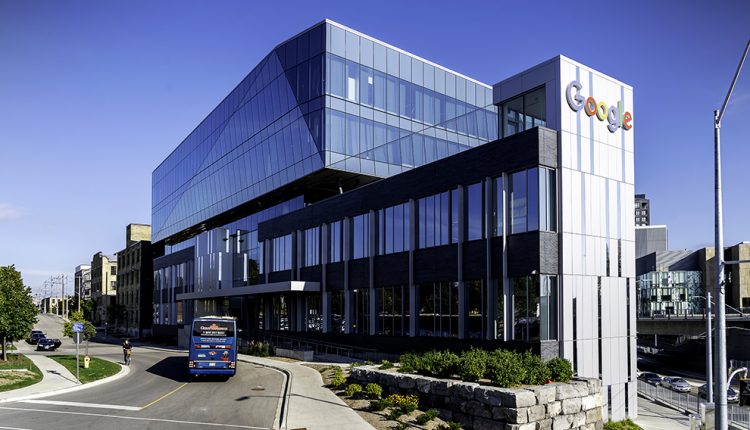 Earlier this month, we saw House Lawmakers in the US releasing a 449 page report on how the world’s top technology companies have too much power, calling for changes to be made to antitrust laws.

After spending 16 months investigating Amazon, Apple, Facebook and Google, the House Judiciary Committee’s Democratic leadership said that these BigTech companies have abused their monopoly power, stating they “ had turned from “scrappy” start-ups into “the kinds of monopolies we last saw in the era of oil barons and railroad tycoons[1].” Are they right to be concerned?

The big five tech companies (FAAMG – Facebook, Amazon, Apple, Microsoft, Google – respectively) make up as much as 13% of the value of the whole S&P500 by market capitalisation, totalling a colossal $5 trillion combined[2]. Other than revenue, these companies bring sociocultural evolution and drive social change at full speed. With masses of money comes great power, and BigTech has flourished in this area by being smart with mergers and acquisitions; yet, this is where the potential issue lies.

Despite being only 15 years old, and the youngest company out of the five, Facebook has purchased over 70 companies; the biggest of these purchases was WhatsApp, with the acquisition totalling a whopping $19 billion. In comparison, the oldest out of the five BigTech companies, Microsoft, purchases an average of six companies a year, some of those including LinkedIn, Skype and Mojang (the creator of Minecraft). Even when we take a look at Google – a company some may only recognise as the most used search engine on the internet which handles more than 5.4 billion searches each day – has purchased more than 200 companies since 1998.

A commonly expressed issue that presents itself when companies of this size absorb other organisations, is the suppression of smaller competitors. We are no strangers, especially during economically testing times, of hearing ‘shop locally’ to push start-ups and smaller, independent stores in a successful direction. Some are more consciously aware and will avoid Amazon (as much as they can) for that very reason, hoping that their tiny bout of moral support will be heard and will overthrow such a dominating, multinational entity. So when the youngest of the five, Facebook, presents a history of purchasing smaller companies (such as Instagram) that it believes may be a threat to its primary business model, concerns ensue. Bullying competitors out of the market, and setting up a monopoly where no other businesses could enter, brings anti-competitive issues to the surface and this was expressed in the Government’s report: “The firms investigated by the Subcommittee owe part of their dominance to mergers and acquisitions. Several of the platforms built entire lines of business through acquisitions, while others used acquisitions at key moments to neutralize competitive threats.”

BigTech wouldn’t agree that this is their main motive and will fight against the notion that they are being anti-competitive. In a statement, Facebook expressed this: “We compete with a wide variety of services with millions, even billions, of people using them. Acquisitions are part of every industry, and just one way we innovate new technologies to deliver more value to people.”

Democrats suggested that Congress ought to add to antitrust laws, including clearer rules that could block the tech giants’ attempts to buy other companies; where some on the opposing side agreed with proposals to bolster funding for antitrust enforcement agencies, they did not warm to the idea that Congress should intervene and steer the companies and their business models towards a more supposed ‘fair’ restructuring.

Google is currently appealing their $9.5 billion fine the EU demanded and have since stated ‘People use Google because they choose to’, emphasising on how consumers aren’t forced to.

Leading the narrative or controlling it?

Deeper into the anti-competitive realm lies the problem with advertising which, again, leaves smaller corporations falling short and consumers being under undue influence. Many tech companies are responsible for helping their consumers discover content, learn new things, and engage with others. As aforementioned, they have the potential to control the public narrative; Google will only lead us to websites that fit certain criteria, for example, but these algorithms can also be tweaked in a way that fits ulterior motives. If we step the possibility of exposing ‘fake news’ to the side, a recurring debate on whether BigTech advertises fairly leaves Lawmakers questioning how these companies influence its consumers.

Amazon, for example, has been accused of promoting its own smart-home products ahead of those of other makers, and also dealt unfairly with open source software developers in its cloud computing business. The Lawmakers said the companies had abused their dominant positions, setting and often dictating prices and rules for commerce, search, advertising, social networking and publishing. Google is often the prime example used for this and, in fact, has not long been hit by a landmark competition lawsuit in the US for its alleged violation of competition law to preserve its monopoly over internet searches and online advertising. Contracts between Google and smartphone manufacturers whereby Google pays a share of its search advertising revenues in exchange for ensuring its search engine is installed as the default on the mobile device are, as the DoJ argues, a monopoly abuse of Google’s leading market share in search. This is not the first time the company has been under scrutiny here; Google is currently appealing their $9.5 billion fine the EU demanded and have since stated ‘People use Google because they choose to’, emphasising on how consumers aren’t forced to.

Legislation is slow and BigTech, we can agree, is fast.

To solve such an issue, it was suggested that Congress should consider making it illegal for the tech giants to provide preferential treatment to their own products.

How did this happen?

Whether the Lawmakers are Democrats or Republicans, they both agree on the fact that something needs to be done; albeit, they aren’t agreeing on what changes ought to be implemented, but Lawmakers on both sides have expressed concerns.

Legislation is slow and BigTech, we can agree, is fast. It seems like yesterday we were waiting for dial-in internet, and now we have the web at the tips of our fingers, 24/7. With limited consumer awareness (think GDPR, privacy, mindlessly clicking accept all cookies and having personalised adverts), it is not really shocking that BigTech have made it this far. But with many areas of technological development being new, and therefore hard to regulate, and it being difficult to distinguish between competitive and anti-competitive behaviour, the debate on whether BigTech has too much power will either serve an unforgettable lesson for regulators and consumers alike, or present new anti-trust regulations, possibly bewildering FAAMG.

With the threat that one of the five BigTech companies going bust could shatter the economy, it seems it has been somewhat determined that BigTech has too much power

Clearer disclosures and better transparency from tech companies[4] could also go a long way in replacement of building new anti-trust regulations, as well increased diligence and control on the mergers these companies are often eager to snatch up. While consumers may not be too concerned, other businesses may be on the lookout waiting for change, especially in regards to the notion that BigTech is supposedly ‘allowed’ to get away with more than what other industries may be permitted. Tech companies often don’t face the same level of regulation that is required by law, for example: it’s illegal for companies to buy up competitors, but Amazon purchased both Whole Foods and Zappos without interference[5].

After the report had been published, Jerrold Nadler, Democrat of New York and Chairman of the judiciary committee, and David Cicilline, Democrat of Rhode Island and Chairman of the antitrust subcommittee, said in a joint statement: “Our investigation leaves no doubt that there is a clear and compelling need for Congress and the antitrust enforcement agencies to take action that restores competition, improves innovation and safeguards our democracy”.

With the threat that one of the five BigTech companies going bust could shatter the economy, it seems it has been somewhat determined that BigTech has too much power; it is now up to the Lawmakers to come to a decision and decide how to tackle the problem. There will be some fight, naturally, from BigTech’s side, with Apple disagreeing with the conclusions in the staff report, Google stating that they compete fairly in a fast-moving and highly competitive industry, Amazon arguing the committee’s recommendations could end up harming small businesses and consumers and Facebook disagreeing their mergers were anticompetitive.

Nonetheless, if BigTech are manipulative with their corporate decisions, (rather than simply having the consumer and innovation in mind), we could be progressing to a problem bigger than we imagined. As House Judiciary Antitrust, Commercial and Administrative Law Subcommittee Chair David Cicilline, D-R.I. succinctly said[6]: “Many of the practices used by these companies have harmful economic effects. They discourage entrepreneurship, destroy jobs, hike costs, and degrade quality. Simply put: They have too much power.”