YouTube is breaching millions of young peoples’ privacy and data rights, according to a groundbreaking legal action brought in the UK High Court against the Google-owned video streaming service. 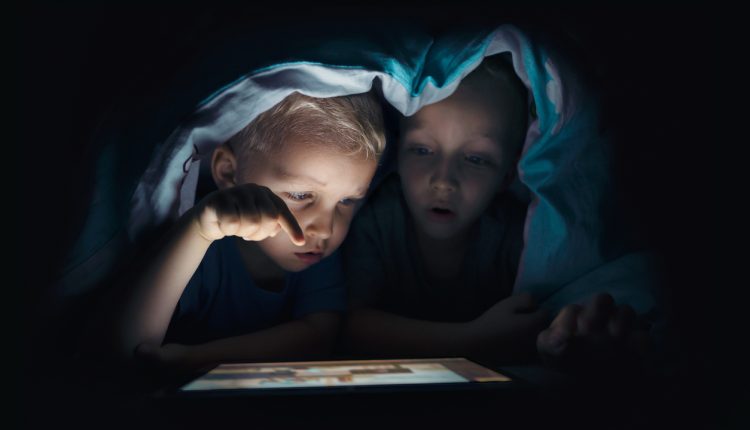 The claimants are represented by Hausfeld & Co LLP, and Gerry Facenna QC and Nik Grubeck of Monckton Chambers. Foxglove serves as co-counsel.

The claim – brought in the UK High Court on behalf of more than 5 million British children aged under 13 and their parents – alleges that YouTube’s methods of targeting underage audiences constitute major breaches of privacy and data rules, including the UK Data Protection Act and the EU’s General Data Protection Regulation (GDPR), both of which were designed to protect citizens’ control over their own private information.

It is alleged that YouTube has systematically broken these laws by harvesting children’s data without obtaining prior parental consent, with the website having no practical user age requirements and makes no adequate attempt to limit usage by youngsters, according to the legal action.

Bringing this representative action is Duncan McCann, a father of three children aged 13 or under and a researcher into the emerging digital economy. A representative claim is a claim brought by a person on their own behalf and on behalf of other individuals who have the same interest. Mr McCann’s children’s personal data has been collected and processed illegally by Google while they viewed video content on YouTube, in the same way as Google processes the personal data of all children watching videos on YouTube in England and Wales.

“My kids love YouTube”, explains Duncan, “And I want them to be able to use it. But YouTube needs to comply with the law. It isn’t ‘free’ – our kids are paying for it with their attention and private data. Like many parents, I am conscious of what’s happening with my kids’ data online, but even so, it’s just impossible to combat Google’s lure and influence, which comes from its surveillance power. There’s a massive power imbalance between us and them, and it needs to be fixed.”

YouTube hosts huge volumes of content clearly aimed even at the youngest age groups, including nursery programmes, toy reviews, cartoons, unboxing videos and other child-specific activities. Its owner, Google, reported revenues of $162 billion in 2019, although the technology giant has never revealed how much money it makes from underage audiences and they claim not to target underage viewers, but its popularity with British children is unrivalled, even by mainstream TV channels. The class size of 5 million children has been identified using Ofcom’s recent finding that 50% of children in England and Wales aged 3-4 years old and 90% of children aged 12 years old use YouTube’s main service. If the representative action is successful, then Google could owe affected children and parents more than £2 billion.

This lawsuit follows successful punitive action brought by US authorities against YouTube for allegedly collecting personal information from children without their parent’s consent. This information was allegedly collected in the form of persistent identifiers, including “cookies”, which are used to track users’ internet browsing habits for the purposes of targeted advertising. Last year, Google was forced to pay a record $170 million to settle a claim by the Federal Trade Commission  (FTC) and the New York Attorney General that YouTube had violated the Children’s Online Privacy Protection Act (COPPA).

Leading this lawsuit are Hausfeld & Co LLP. Commenting on the case, Lesley Hannah, Partner at the firm said, “Privacy and data protection laws are there to protect everyone; not least children, who, unquestionably, deserve a higher level of protection. Yet, YouTube operates in a way that breaks those laws. Google needs to be held to account and pay compensation to all families who use YouTube in England and Wales.”

“Schools, charities and millions of small businesses have to comply with data protection laws and the GDPR every day. There is no reason why a company with the power and financial resources of Google should not also respect the law.”

Acting as co-counsel, Cori Crider, Director of Foxglove, a tech justice group, added: “The law is clear – it’s illegal to data-mine kids under 13. But this case isn’t just about ads. The cost of YouTube’s so-called free service is kids that are addicted to online content and influenced by large tech companies that have stolen their privacy. Google won’t clean up its act until it’s forced to do so by the courts.”

Children who have used YouTube in the period since 25 May 2018 and who were throughout that period (i) resident in England and Wales and (ii) under 13 years old, and their parents, will automatically be included within the class.

Affected children and parents, on whose behalf the claim is brought, will not pay costs or fees to participate in this legal action, which is being funded by Vannin Capital, a global litigation funder. The claim is insured, which means that claimants have no financial risk in relation to the claim. Parents who are interested in registering themselves and their children as claimants should visit https://www.youtubedataclaim.co.uk/, which also contains further information about the claim.