Dr Darren Murley has a PhD in Applied Physics and worked as a senior display scientist for five years.  In that time he contributed to the invention of the OLED TV and became interested in the “suits” upstairs who were the in-house patent attorneys. 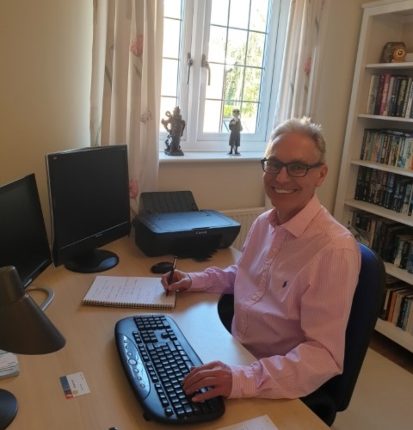 “I subsequently retrained as a British and European Patent Attorney for five years, which was not easy!”, he tells us. “I then worked for well-known corporate companies involving IPR Due Diligence in M&A deals, whilst also drafting, responding and advising existing clients.”

Darren now runs his own firm (EvokeIP.com) and specialises in advising on and protecting  Software and AI inventions. Below, he shares some of his thoughts towards patenting software and the issues which come with it.

If you’re an inventor with an idea involving software, why is speed of the essence?

Software in nature is ever-changing and moves fast, but that doesn’t mean your patent attorney is not right there with you, making sure everything is right and on track.

The software industry differs from other major innovative industries; what unique issues can this present when trying to patent an invention?

Software, in my opinion, is the new technical glue that makes everything work and allows for effective communication, but software patents – which follow the same basic rules as other utility patents* – is difficult to prove as a novel and non-obvious invention.

Why some jurisdictions (such as the UK, US, CN) have problems with this has always baffled me. The most innovative, and by value the greatest companies are Apple, Facebook, Google.  What is the common designator here?  At base they are software companies.

Software has a shorter innovation cycle compared to other inventions – how does this impact start-ups/inventors? What should they consider when looking for protection with this in mind?

I have been fighting the good fight for software to be patentable, since 2003, as long as what it does is novel and inventive.

Some argue that to prevent patent trolls and promote true software innovation, the scope and length of software patent protection should be limited, e.g. allowing only the means of implementation but not the function to be patented[1]. Do you agree with this?

We have challenges with the “Alice” ruling** in the US now being applied to manufacturing.  This is in my opinion, and in the opinion of my US colleagues, a worrying development.

Trolls or Non-Practising Entities (NPEs) are not solely related to software, and the law is gradually weeding them out.

Dr Darren Murley started his career as an electronic engineer, gaining a first class degree in Physics with Digital Microelectronics. He then undertook a PhD, gaining his doctorate in plasma physics for semiconductor deposition. Following that, Darren was employed as a senior research display scientist with Philips, where he helped invent and patent OLED TV.

As an inventor, Darren subsequently became interested in Intellectual Property, and qualified as a British Chartered patent attorney and a European Patent Attorney.

Darren specialises in hi-tech semiconductor and computing systems, and regularly lectures in London on software patenting.