As an effort to combat the spread of COVID-19, the government closed schools, premises and companies whilst limiting free movement and how much fresh air we were allowed to get. Yesterday, the High Court was told that these actions were the “most sweeping and far-reaching” restriction on fundamental rights since the second world war. 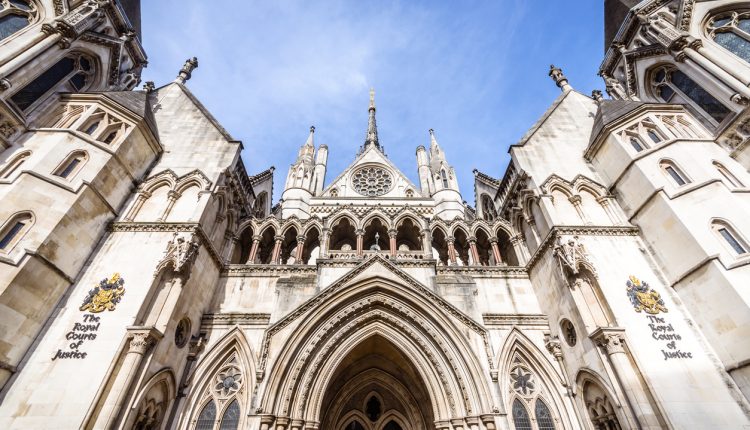 Businessman Simon Dolan, whose Jota Aviation company has been delivering personal protective equipment (PPE) to the NHS, wants to test the full extent of the powers under which England has been confined over the past 102 days.

The hearing took place via video and was opened by Philip Havers QC, for Dolan, who said it was aimed at challenging the “most sweeping and far-reaching restrictions on fundamental rights in England since world war two, if not before”.

The powers being used, despite the easing of lockdown, were “still unlawful and disproportionate”, he said, while the government has indicated that it may yet reimpose “stringent restrictions”. Dolan’s lawyers argue that the emergency restrictions, announced by the prime minister on 23 March, are illegal, breach human rights laws and fail to take account of other significant factors.

Below, we hear from Simon Dolan, who has written his side of things.

“I knew it was coming. The torrent of media coverage looking back on 100 days of lockdown like a grossly nostalgic showreel. Carefully crafted articles paint a picture of British resilience and togetherness, celebrating the nation’s bravery and enjoyment of the simple things”, he says.

Dolan says that he will not be spending his days reminiscing the NHS clap, Captain Tom, or the resurgence of the pub quiz – he will be spending it in mourning, as “For not only does [today] mark 100 days since our liberties were stolen. It marks 100 days of rising inequalities, countless avoidable deaths and the ruin of a generation.”

“Throughout lockdown, trite parallels have been drawn between our fight against COVID-19 and our forefathers’ struggle against Nazi Germany.” Comparisons with the war are largely invalid – “except for one”, says Dolan. The country now faces a degree of economic damage genuinely comparable with the costs of a major war.

To help finance its response, the Government is set to borrow up to £350 billion, sending the budget deficit to in excess of 100 per cent of GDP. Additionally, substantial loans to private businesses, many of which will never be repaid, are cashing in at £100 billion and rising.  Simon expresses his concern: “Sunak’s sophomoric furlough scheme will cost taxpayers over £60 billion by its October deadline. Despite its good intentions, all the CJRS has done is postpone the evil day of reckoning, at vast cost.” To summarise, a deep recession is coming, “one which ONS warns could cause as many as 12,000 avoidable deaths each year”, explains Simon.

“A large percentage of this disturbing figure will be down to lockdown-imposed poverty and long-term unemployment, but tragically, it also covers deaths surrounding mental health and suicide. With livelihoods upended, families under extraordinary stress and feelings of grief accentuated by isolation; a mental health crisis is looming.”

Youth will also be deeply impacted, but mental health issues affect everyone.  Social isolation has intensified anxiety and depression so acutely amongst the elderly, that suicide attempts in this group have seen a six-fold rise. Domestic violence charities have warned of a sharp increase in cases during lockdown – killings have more than doubled and there will be an inevitable surge of victims seeking support when lockdown lifts.

“On top of this”, Simon expands, “There are the hidden health costs of people fearful of seeking medical help for strokes, heart attacks and cancer symptoms.” The British Heart Foundation warns approximately 28,000 heart procedures have been delayed since the outbreak of the virus. Similarly, Cancer Research estimates 2.4 million people are waiting for screening, treatment or tests, with a potential 23,000 cancers having gone undiagnosed during lockdown.  “For weeks we were told to stay at home, to protect our NHS and to save lives. This message was so successful, that Britons dying of heart attacks were too afraid to get in an ambulance. The NHS now faces a waiting list of 10 million – the worst its ever seen.”

During the hearing, Havers QC  questioned whether the Public Health (Control of Diseases) Act 1984 and the Health Protection (Coronavirus Restrictions) (England) Regulations 2020 had actually given the government power to close businesses. Simon’s claim was brought against the secretary of states for health and education, who are represented by Sir James Eadie QC, the Treasury Devil who leads for the government in important cases.

As reported by The Guardian, Eadie, representing the government, told the high court: “In the early weeks of lockdown there were unprecedented and serious risks to life when the pandemic was at its height. The fear was that the NHS would be overwhelmed.

“There have been extraordinary efforts made right across government and the NHS to avoid that. The steps taken in the early days and the severity of the restrictions were precisely based on the seriousness of the risk. Many patients were in critical care … including, it may be added, the prime minister himself.”

Simon also expressed that the most devastating effects will be felt by the young. As our leaders wrangle over which businesses to open next, it is our children who haven’t made the national list of priorities. The social and educational development of a whole generation is being damaged, and what for? SAGE documents, only reluctantly released thanks to my Judicial Review, state loud and clear that the virus poses little risk to children and that closing schools does next to nothing to prevent the spread of COVID-19.

“What’s more, responding to my legal enquiry into school closures, Government defence lawyers stated it was merely a ‘request’ for schools to shut their doors, not an order. Clearly, our leaders will stoop to the low level of word trickery to avoid any culpability. In my view, the blame for millions of children having had their education set back and the £22 billion school closures have cost the economy, sits firmly on their shoulders.”

On behalf of the opposition, Eadie said that the emergency restrictive health regulations were available to [the] government under pre-existing laws so that measures can be brought in at short notice.

“Enough is enough”, Simon told us. “We now know that lockdown and its frightening repercussions are more deadly than the virus itself. Nobody will emerge from this untouched by its effects. My Judicial Review of the Government’s actions will challenge their legality in High Court. The Government has blood on its hands, for which it must be held accountable. Most importantly – lockdown can never be allowed to happen again.”

The judicial review sought to challenge the government on three main points:

Mr Justice Lewis said he would reserve judgment until next week.