The UK Justice System: Is It Racist?

British ethnic communities and their relationship with the Justice system, written by Paula Rhone-Adrien, Barrister at Lamb Building Chambers. 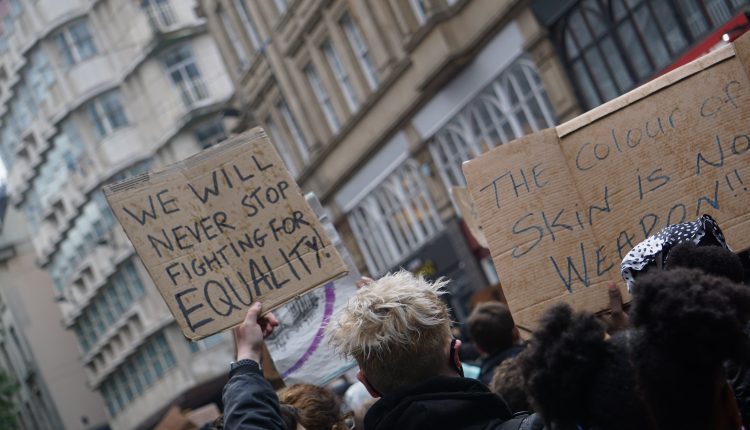 With tensions rising in the US following the death of George Floyd and protests now occurring in the UK as well as all 50 states in America, we hear from Paula who discusses how racism is prevalent in the UK and how the legal sector is also yet to remove such prejudice from the justice system.

In 2017, the then UK Prime Minister, David Cameron, asked Labour MP David Lammy to review and report on whether our criminal justice system discriminated against black, Asian and other ethnic groups. Some readers will not be surprised to see that the report found this to be the case.

When you take into account the population as a whole, those who identify as ‘black’ only make up some 3%. Yet, we find that a black person is twice as likely to die in police custody than their white British counterparts.

At the time, the honourable MP reported, we found ourselves 20 years on from Sir William Macpherson’s report, which was produced after an inquiry was held into the mishandling of the investigation into black teenager Stephen Lawrence’s murder. This report concluded that “institutional racism” was to be found in the metropolitan police service and that there was a collective failure across other institutions, including the criminal justice system, to identify and protect vulnerable black, Asian and other ethnic groups caught up within the system.

When you take into account the population as a whole, those who identify as ‘black’ only make up some 3%. Yet, we find that a black person is twice as likely to die in police custody than their white British counterparts. This startling comparison is repeated when we look at the figures for stop and search or those who find themselves incarcerated.

Racism is an extremely difficult topic to discuss.

Race relations between the black community and our justice system have always been strained. It seems little has changed over the last 20 odd years, which is disappointing because we know that racism is learned as opposed to being an innate component of our DNA.

This begs the questions: why have we failed to learn from past lessons and why do we keep seeing such injustices consistently repeated?

Racism is an extremely difficult topic to discuss. If it isn’t an issue you are familiar with then one can understand your unease at engaging in the discussion for fear of saying something insulting or worse still, resulting in you being called racist. However, it’s by having those uncomfortable discussions that you learn to explore and educate yourself on what it means to be a racist or to suffer racism.

Understanding that racism isn’t simply about being called the n-word or being lynched, is an important part of understanding what racism is. Earlier last month, Amy Cooper went viral when she was filmed by Cameron Cooper (no relation) threatening to call the New York police on him. They had got into an argument because Mr Cooper, an avid birdwatcher, had asked Ms Cooper to put her dog on a leash as required by the rules. Ms Cooper said “I’m going to call the police and tell them I am being threatened by an African American…”.

Perhaps we have failed to learn the lessons that history tries so hard to teach us, because we fail to consistently take responsibility for educating ourselves and others against the pandemic that is racism.

I was relieved when this micro-aggressive form of racism was caught on film, because this is the type of uncensored racism that people of colour come into contact with all the time. Ms Cooper knew she could and felt confident enough to rely on Mr Cooper’s identity as a reason upon which the police should come to her aid. Did she realise the impact of what she was saying? I’m going to suspect so, because in making the statement, she understood how Mr Cooper was likely to feel as “an African American” being threatened with the police.

I recently represented an English gentleman whose heritage is Saudi. This gentleman was a doctor and he married a Saudi who migrated to this country shortly after their nuptials. They had a child, but sadly their marriage floundered and they eventually separated.  Unfortunately, they could not agree on how much time their son should spend with each other and there was an incident where the mother and her sister assaulted my client. The police were called. My client was the only one with injuries and yet the women were believed to be the victims.

Even though the police realised that the wife’s story didn’t add up (and the charges were eventually dropped), they continued to support social services in their refusal to reunify father and son.

My client was held in the cells overnight and he was forbidden from having contact with his child. Even though the police realised that the wife’s story didn’t add up (and the charges were eventually dropped), they continued to support social services in their refusal to reunify father and son. When the matter came to court, social services wrote a damning report about the doctor and it took six months of fighting before they were forced to give him a written apology and resiled from the degrading racial stereotypes relied upon to keep father and son apart. The doctor told me that he had read about the unfairness that those of colour faced in our justice system, but he never really believed it until he experienced it himself.

Perhaps we have failed to learn the lessons that history tries so hard to teach us, because we fail to consistently take responsibility for educating ourselves and others against the pandemic that is racism.

The countless times I have suffered racism and failed to call it out, instead just shrugging my shoulders and choosing to ignore the behaviour, adds to the problem. I now wonder if I had challenged the racism and racists, would I have changed their view, or at least left those who witnessed the incident with the clear impression that the racist was in the wrong?

My opponent assumed that I could never be the Barrister, based on my looks being ‘inferior’ to what they perceived a Barrister should look like.

It is the Amy Cooper’s of this world, and not just the killers of George Floyd, who also need to challenge themselves. As lawyers, we are all part of the justice system and we certainly don’t need a report to confirm our own knowledge of the difficulties that those from ethnic communities face.

This year, I have been asked twice by white opponents at Court, whether I was a client or a social worker. My opponent assumed that I could never be the Barrister, based on my looks being ‘inferior’ to what they perceived a Barrister should look like. The Barristers who asked me that question will have and continue to, represent people of colour. And how can that client ever receive the best from such a Barrister?

We all need to challenge ourselves and take responsibility for doing so.