Recent Reforms in the Defence Sector – A Shot in the Arm?

In order to combat the economic impact of the pandemic on the Indian economy, the Indian Government recently unveiled various reforms and economic relief packages, and the defence sector has been one of the biggest beneficiaries. 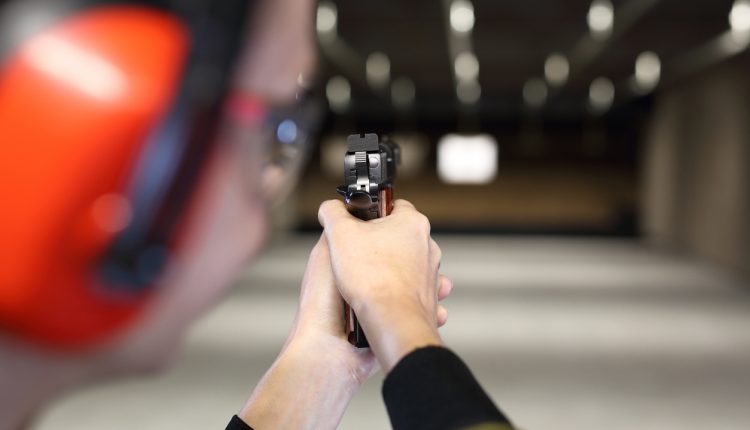 COVID-19 pandemic, apart from the human cost, has had a severe economic impact worldwide. The Indian economy has not been immune from the economic hit and is currently facing one of the worst economic slumps.

In order to combat the economic impact of the pandemic on the Indian economy, the Indian Government recently unveiled various reforms and economic relief packages, and the defence sector has been one of the biggest beneficiaries.

As part of the economic relief package announced by the Finance Minister, the following key measures were announced for the defence sector:

(a)        proposal to increase the foreign direct investment (FDI) limit from the existing 49% to 74%, under the automatic route,

(b)        notifying a list of weapons/platforms the import of which shall be banned, with year wise timeline,

Additionally, the draft of the new Defence Procurement Policy (DPP) 2020, which was launched before the economic reform package was announced by the Finance Minister, provides additional relaxations, primarily in relation to the offset policy1.

It is expected that the reforms announced as part of the economic relief package as well as the proposed amendments set out in the draft of the new DPP 2020, both of which aim at boosting domestic defence manufacturing sector, and reducing reliance on imports as part of the ‘Make In India’ initiative, will provide much need impetus to the domestic defence industry.

We have, in this article, set out our views on the various reforms announced in relation to the defence sector.

The extant FDI policy permits 100% FDI in the defence manufacturing sector2. However, while FDI up to 49% is permitted under the automatic route, any FDI beyond 49% requires prior Government approval. Additionally, any investment beyond 49% is subject to the condition that such investment must result in access to modern technology3.

Paying heed to the long pending demand of foreign original equipment manufacturers (OEMs), the Government of India has proposed to increase FDI in defence manufacturing under the automatic route from the existing ceiling of 49% to 74%.

With equity ownership in Indian JVs capped at 49%, the foreign ‘OEMs’ currently were not able to exercise ‘control’, and therefore, were reluctant to transfer the sensitive and cutting edge technologies to their Indian joint ventures (JVs). However, the revised limit of 74% will now enable foreign OEMs to own and control their Indian JVs. It is expected that the ability to exercise ownership and control will entice major global players to set up a manufacturing base in India.

While this is a welcome step, in case the revised FDI limit will continue to be subject to the sector specific conditionality’s, then the objective of increasing the FDI limit may not achieve the desired result. This is on account of the fact that the requirement of prior Government approval triggers in case of foreign investment in an Indian company (not seeking industrial licence), if such foreign investment results into (a) change in ownership pattern of such Indian company, or (b) the transfer of stake by existing investor to a new foreign investor in such Indian company. Though the details of the proposed amendment in FDI policy are not currently available, it remains to be seen whether the said requirement of prior Government approval would also be applicable in case the foreign JV partners propose to increase their stake in existing Indian JVs up to the revised limited of 74% (resulting into a change in ownership pattern of the concerned Indian JV).

Banning the import of weapons/platforms

While India is the second largest importer of arms and armaments, it occupies the 23rd position in the list of defence exporters. As per publically available reports and statistics, around 60-65% of the country’s military requirements are met by imports. This not only places a huge cost on the exchequer but dependence on import has hampered the growth of the domestic defence manufacturing sector.

Intending to boost the domestic sector, the Government has announced that it will issue a negative import list for weapons/platforms. The list will come with a year wise timeline.

This step is likely to result in two-fold benefits – one, reduction in import bills, and second, encouragement to Indian entities engaged in the manufacturing of defence products to indigenously design, develop and manufacture modern defence equipment.

Another important step towards reducing import cost is the policy announcement regarding the indigenisation of imported spares.

While reducing the ever-growing cost of imports is one of the reasons behind this move, another (and arguably more critical) reason is the fact that since most of the weapon and systems being used by the Indian armed forces are of foreign origin, lack of timely availability of spares is a critical security concern as it impacts maintenance and servicing of the weapons and systems.

In view of the above and to ensure that the operational and battle readiness is not hampered due to lack of spares the Government took the decision to rope in the domestic defence industry to manufacture the spares. The decision to course spares locally is expected to also entice foreign OEMs and suppliers to set up facilities in India for manufacturing and supply of spares to Indian armed forces.

The Government’s announcement of having a separate budget for domestic procurement, along with a time-bound defence procurement process, is expected to act as a confidence booster to the domestic defence sector by ensuring a demarcated allocation of funds to be used specifically for local procurements.

The objective of the new DPP 2020 is to promote indigenous design capacity and ensure higher localisation. The effective implementation of the new DPP 2020 would increase the role of the domestic industry, especially the private sector, in defence production.

The key changes introduced in the draft DPP 2020 are as follows:

(a)                    Addition of a provision for leasing of weapons and systems – apart from the cost aspects, this new provision will enable the armed forces to acquire weapons and systems the sale of which is prohibited by the Government of the country where the relevant foreign OEM is situated. This will be useful for military equipment not used in actual warfare like transport fleets, trainers, simulators, etc.;

(b)        Addition of price variation clause – a new clause, which will be applicable to all cases where the total cost of the contract is more than INR 1,000 crore (approx. USD 132 million)  and the delivery schedule exceeds 60 months, would be inserted in procurement contracts to cater to the escalation of price from the last date of submission of bids till the finalisation of the contract;

(d)        Addition of a provision for long term product support –  as per this provision, the OEMs would need to provide product support, including the supply of spares and management of obsolescence for the life of the product (minimum 30 years from the date of delivery of the last aircraft by the production agency); and,

(e)                    Changes to the off-set policy – as per the extant DPP 2016, FDI in JVs with Indian enterprises for the manufacture and/or maintenance of eligible products and provision of eligible services is permitted for offset. However, the new DPP 2020 proposes that investment in defence manufacturing (whether through FDI or direct investment or JVs or through the non-equity route for co-production, co-development and production or licensed production of defence products) would be eligible for offset. Further, DPP 2020 has introduced higher offset multipliers for transfer of technology, and procurements from MSMEs.

While the measures announced by the Government have been welcomed, there are a number of other aspects which need to be resolved.

Public sector undertakings (despite their poor track record as regards time and cost overruns, inefficiencies and poor financial performance) have been the preferred suppliers for big-ticket purchases. Confidence would need to be given to the private players that the Government would place firm orders for significant quantities in order to make their investments viable.

Further, a number of changes would need to be made to the DPP so as to align with the changes announced. For example, while DPP 2020 does recognise Indian subsidiaries of the foreign OEMs in relation to ‘Buy (Global-Manufacturers in India)’, a new procurement category introduced in DPP 2020 to promote ‘Make in India’, the existing criteria for selection of “Indian vendor”, which is restricted to entities owned and controlled by companies/individuals resident in India, would need to be revised to include Indian subsidiaries of foreign defence manufacturers for other procurement categories also in view of the proposed FDI liberalisation.

Only time will tell how far these reforms go towards achieving the intended objectives.

1 As per the offset policy foreign suppliers of defence equipment are required to invest a percentage of the order value in India, by various options such as capital investment and/or technology transfer.

2Given the sensitive nature of the defence sector, investment from Pakistan is prohibited. Further, pursuant to a recent press note issued on 17 April 2020 (Press Note 3 of 2020), foreign investment (in any sector) from citizens/residents as well as entities incorporated in countries which share a land border with India now require prior approval of the Government.

Should You Believe What Your Own Two Eyes Are Seeing? The Malicious Intent of…