Amid the opioid epidemic, federal and state prosecutors have increasingly focussed on bringing up criminal charges against medical professionals for overprescribing medications that fall within the controlled substance schedules. 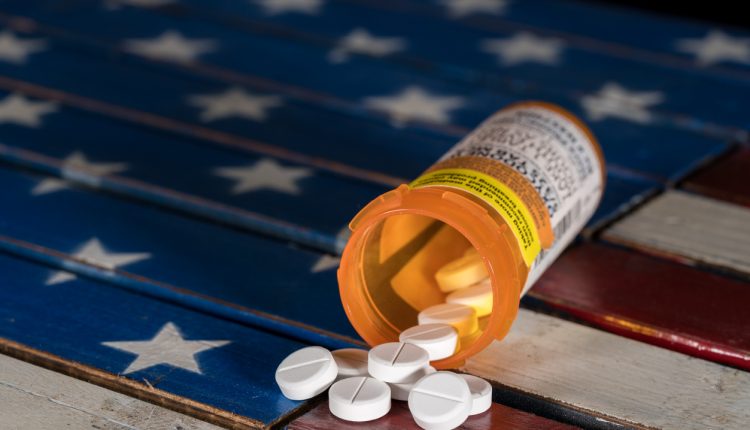 In 2016, Dr Hsiu-Ying Tseng was convicted of second-degree murder for three patient drug overdose deaths, making Tseng the first doctor to be convicted of murder in the United States for overprescribing drugs.[1] In a study conducted by the National Attorneys General Training and Research Institute (NAGTRI), the researchers gathered information regarding the 378 cases against doctors who had been charged and whose cases were resolved and/or sentences rendered by 31 December 2016, among which 249 are federal prosecutions and 131 are state cases.[2]

While the federal prosecutors pursue those cases under 21 U.S.C. § 841 of the Controlled Substance Act (CSA), the same federal law to prosecute street drugs, it is critical to first answer the following question – when would doctors become drug pushers in the eyes of the law?

Registered “practitioners”, such as physicians and pharmacists as defined in 21 U.S.C. §§ 821-23, are exempt from said prohibition.

Section 841(a)(1) of the CSA states that “it shall be unlawful for any person knowingly or intentionally to manufacture, distribute, or dispense, or possess with intent to manufacture, distribute, or dispense, a controlled substance.” Registered “practitioners”, such as physicians and pharmacists as defined in 21 U.S.C. §§ 821-23, are exempt from said prohibition. However, the Supreme Court held that a medical professional is not immune from criminal liability for drug trafficking “when their activities fall outside the usual course of professional practice.” United States v. Moore, 423 U.S. 122, 124, 96 S.Ct. 335, 46 L.Ed.2d 333 (1975). 21 C.F.R. § 1306.04(a) further provides that a practitioner “shall be subject to the penalties. . . relating to controlled substances” unless the prescriptions they write for a controlled substance are “issued for a legitimate medical purpose . . . [and they are] acting in the usual course of his professional practice.” See also United States v. Ignasiak, 667 F.3d 1217 (11th Cir. 2012)(“To convict [a DEA-licensed physician under § 841], it [is] incumbent upon the government to prove that he dispensed controlled substances for other than legitimate medical purposes in the usual course of professional practice and that he did so knowingly and intentionally.”)

Given the ambiguity about the standard for the criminal liability, it is important to look into the “red flags” identified by federal courts

Then, the relevant inquires become (1) whether a prescription for a controlled substance was issued “for a legitimate medical purpose”, and, (2) whether the medical practitioner was “acting in the usual course of his professional practice” when issuing the prescription. Unfortunately, the CSA does not define those two terms. As noted by the Sixth Circuit Court of Appeals, “[t]here are no specific guidelines concerning what is required to support a conclusion that an accused acted outside the usual course of professional practice.” United States v. August, 984 F.2d 705, 713 (6th Cir. 1992) (per curiam). The Eleventh Circuit’s opinion in United States v. Tobin, 676 F.3d 1264 (11th Cir. 2012) provides some guidance in answering these questions: the absence of a uniform, national standard in this regard, “the CSA incorporates the applicable state standard of professional practice, and thus it holds practitioners to standards to which they are already bound.” Id. at n. 10. But this method does not resolve the issue here because, while “medical malpractice law is built on such an idea, . . . [the] focus [of criminal liability] is more basic – we are asking what defines or delineates the practice of medicine, rather than the instances of the practice of medicine do it so poorly as to be considered incompetent.”[3]

Given the ambiguity about the standard for the criminal liability, it is important to look into the “red flags” identified by federal courts, which are held to suggest that a medical practitioner distributed controlled substances without a legitimate medical purpose and outside the usual course of professional practice.

Penalties for violations of Section 841(a) are outlined in subsection(b), including imprisonment and monetary penalties.

In United States v. Joseph, 709 F. 3d 1082 (11th Cir. 2013), the Eleventh Circuit summarised the “red flags” to include “[a]n inordinately large quantity of controlled substances was prescribed[,] … [l]arge numbers of prescriptions were issued[,] … [n]o physical examination was given[,] … [t]he physician issued prescriptions to a patient known to be delivering the drugs to others[,]… [and] [t]here was no logical relationship between the drugs prescribed and treatment of the condition allegedly existing.”

In United States v. Katz, 445 F.3d 1023 (8th Cir. 2006), the Eighth Circuit listed the following “warning signs and red flags”: the physician “sought no patient medical history and never ordered diagnostic or laboratory tests for any of the patients … [and] provided patients access to controlled substances by routinely refilling 30–day prescriptions when only two weeks had expired.” Id. at 1031.

Penalties for violations of Section 841(a) are outlined in subsection(b), including imprisonment and monetary penalties. Notably, Section 841(b) provides for an enhanced penalty for cases where a violation of section 841(a) results in death or serious bodily injury. Thus, when a case involves patient overdose deaths, the statutory minimum sentence is twenty years. In Burrage v. United States, 134 S. Ct. 881 (2014) the Supreme Court held that, for the penalty enhancement set forth in Section 841(b) to apply, the use of the prescribed controlled substance must be a “but-for” cause of the death or injury.

In United States v. Hurwitz, 459 F.3d 463 (4th Cir. 2006), the Fourth Circuit recognised that “good faith” is a defence to criminal charges against medical practitioners under Section 841(a), and concluded that “the inquiry must be an objective one . . .” Thus, there is a defence where a physician acted with an objective good faith belief when issuing the prescription.

The physician could also show that he prescribed with a legitimate medical purpose and/or that his practice met the accepted state standard of care. Proper record keeping and patient screening could help establish those defences.

Bingzi Hu obtained her Juris Doctor’s degree from Georgia State University College of Law. After that, she pursued further studies in Federal Criminal Defense and Practices and obtained an LL.M. degree from Mercer University’s Walter F. George School of Law.

Bingzi is a member of the Georgia Bar Association. In addition, she has been admitted to the Northern District of Georgia Federal Court, the Middle District of Georgia Federal Court, the Eleventh Circuit Court of Appeals, the Georgia Court of Appeals, and the Supreme Court of Georgia. She engages in a variety of criminal cases at both state and federal levels, including “pill mill” cases, securities fraud, bank fraud, bankruptcy fraud, money laundering, etc. She also specializes in appeal and other post conviction relief.

[3] Deborah Hellman, Pushing Drugs or Pushing the Envelope: The Prosecution of Doctors in Connection with Over-Prescribing of Opium-Based Drugs, Philosophy & Public Policy Quarterly, VOL. 28, NO. 1/2 (WINTER/SPRING 2008).