How Should Employers Respond to Racial Unrest?

The wave of protests following the death of George Floyd provide an opportunity for employers to reinforce actions against racism and discrimination in the workplace. 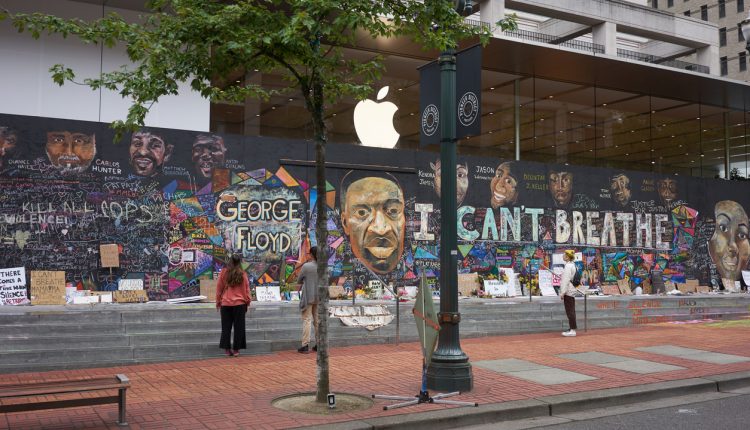 In this article, member firms of Ius Laboris, the world’s largest HR and employment law firm alliance, provide suggestions on actions employers should consider in the light of recent events.

The global response to George Floyd’s tragic and shocking death and other recent acts of injustice, including those involving Ahmaud Arbery, Christian Cooper, Breonna Taylor, and Nina Pop, among others, and ensuing protests and riots, amid the economic crisis of Covid-19, has impacted businesses indirectly or directly. As these current events continue throughout the country, employers may be faced with a plethora of issues that surface in the workplace and should be proactively prepared for a response. Just as the #MeToo movement raised awareness of the prevalence of sexual harassment and gender discrimination in the workplace, the recent events should be the catalyst for a renewed emphasis on preventing racism and discrimination and offer employers an opportunity to show all employees they are respected and supported in the workplace.

Caution and consistency are key.

In addition, employers may face a myriad of challenges in handling internal complaints and external conduct by their employees. Often, what an employer can, should or cannot do is not always clear. While employees are legally protected from being fired based on discrimination, employers are now grappling with broader issues. Can I terminate an employee based on statements made on social media? Can I discipline an employee for attending a rally? Can I demote a manager because of his or her actions outside the workplace? These are all difficult questions. Often the response will depend on an employer’s policies, consistency in discipline and the facts of each situation.

A growing number of employers are taking action against employees whose conduct outside of work violates their policies or adversely impacts their business. Examples include:

In the United States, while some states (California, Colorado, Louisiana, New York, North Dakota, and the District of Columbia, among others) limit employment actions against employees for engaging in legal activities outside of work, discipline or discharge may still be warranted where the action conflicts with the employer’s policies or business. Caution and consistency are key.

Actions employers should consider in light of recent events:

A statement from a high-level officer denouncing the recent acts of racism, urging that all employees be treated with dignity and respect, and reminding employees to report any conduct that violates the employer’s anti-discrimination/harassment policy or code of conduct to the company’s Human Resources department.

Include a clearly written statement that employees who violate the company’s anti-discrimination/harassment policy will be subject to discipline, up to and including termination.

Ensure that the company’s prohibition of racial harassment and discrimination is emphasised. The policy can include specific examples of actions that could be considered racial harassment in the workplace, including brandishing Confederate flags and symbols, swastikas, nooses (yes, there have been cases in this century where nooses were left at the work stations of African American employees), and ‘friendly banter that could be perceived as having racial undertones.

Outline the company’s recognition of employees’ rights to discuss workplace issues, while underscoring the fact that discussions regarding non-workplace issues such as politics, religion or current events are not productive workplace time, can lead to unnecessary disagreements that impact productivity and morale, and are discouraged.

Include a clearly written statement that employees who violate the company’s anti-discrimination/harassment policy will be subject to discipline, up to and including termination.

Provide diversity training to employees, particularly managers, to help them understand and celebrate the differences that make your organisation successful.

Reiterate the company’s anti-discrimination/harassment policy and require all employees to acknowledge their understanding and agreement to abide by the terms included therein.

If the company has not recently provided anti-discrimination/harassment training or its training has focused almost exclusively on sexual harassment, conduct in-person (and/or Zoom or equivalent) training that focuses on preventing all forms of discrimination or harassment.

Appoint a diversity officer/committee who will address issues of diversity and make recommendations to management on race and gender issues, and to whom employees can address complaints in addition to Human Resources. Consider implementing a hotline to enable employees to make a complaint anonymously if they choose.

Provide diversity training to employees, particularly managers, to help them understand and celebrate the differences that make your organisation successful.

Respond to complaints (internal or external) by immediately investigating and taking appropriate action. In dealing with outside of work statements/actions, consider the following:

Prior to taking any action, partnering with an employment lawyer experienced in diversity and inclusion is key to navigating these troubling waters successfully.

The actions taken by employers during these critical times can define your business to employees, vendors, customers and the public. Positive actions affirming your company’s commitment to workplace diversity can not only increase employee morale and productivity but may also assist in defending any claims filed alleging race discrimination or harassment. Employers may expect to see an increase in the number of employment claims in light of the renewed emphasis on racial equality. Care needs to be taken to evaluate each employment decision independently and objectively based on the facts presented and the employer’s business needs. Prior to taking any action, partnering with an employment lawyer experienced in diversity and inclusion is key to navigating these troubling waters successfully.

Many UK employers are issuing statements on their own response to the BLM movement.

Employers are encouraged to thoroughly investigate any allegations employees raise regarding discriminatory behaviour. In some cases, employees’ behaviour outside of work or on social media can be a fair reason for disciplinary action and even dismissal.

Employers to are encouraged to review their policies, including those on equal opportunities, social media and disciplinary processes. A robust anti-discrimination policy is a must-have.

The UK government is also considering introducing mandatory ethnicity pay gap reporting, which may require employers to publish pay data about their employees by race and an ‘action plan’.

While there are no riots in Germany about George Floyd’s dramatic death, it is worth pointing out that there have recently been countrywide demonstrations with more than 15,000 participants in Berlin alone to protest against racism. Companies should consider reviewing their anti-discrimination policies on a regular basis and training staff, which is also legally required under German law. The idea of appointing a Diversity Officer is also something to consider.

In the past few years, employers in Denmark have increasingly had a focus on reducing the risk of being associated with employees’ offensive behaviour or statements outside the workplace, for example on social media. Generally, private-sector employers are relatively free to implement policies that define what kind of off-duty conduct will be deemed contrary to the employer’s business interests. And at the moment, we are seeing an increasing number of employees being disciplined or dismissed for engaging in legal off-duty activities that are considered to conflict with the employer’s business interests (e.g. activities considered to be discriminatory/offensive in regard to a specific group of people). Such a dismissal will only be considered unfair if the employer’s policy is unclear if the behaviour in question is considered below the threshold of what could potentially harm the employer’s business, or if the conduct in question has not been sanctioned consistently by the employer. It is also important to note that disciplinary action or dismissal may be discriminatory if the employer chooses to sanction behaviour relating to a protected criterion such as religion or political opinion. From a legal perspective, sanctioning public sector employees for (legal) off-duty conduct is more complex in Denmark given ‘public sector employees’ statutory freedom of speech’.

Under Greek legislation, any discrimination on the grounds of race, colour, national or ethnic origin and genetic origin among others regarding the terms of access to work (including selection criteria, terms of service and professional development and the terms and conditions of employment) is prohibited. Usually, employers have specific policies or codes of ethics or internal regulations that provide guidelines for employers when having to deal with an employee’s discriminatory conduct. Some also include a provision that employees should, in all circumstances, behave in a manner that will not damage the company’s public image or values in the terms of employment. For public servants, such behaviour, even outside the workplace, is a disciplinary offence, as it is also in certain professions.

The French Labour Code prohibits all forms of discrimination in labour relations (Article L. 1132-1). No employee may be excluded from a recruitment procedure, sanctioned, dismissed or be the subject of a discriminatory measure (in particular with regard to remuneration, promotion, transfer, etc.) based on his or her origin, membership or non-membership of an ethnic group, nation or alleged race, physical appearance, surname or place of residence.

In civil matters, any discriminatory measure may be ruled void by a judge. In addition, discriminatory acts attract severe criminal penalties (three years’ imprisonment and a fine of EUR 45,000).

The Italian Constitution recognises full and equal rights for all citizens regardless of any ethnic or racial difference. Since the Workers’ Statute of 1970, it has been the law that any act based on discrimination in the workplace (i.e. disciplinary actions, transfers, reallocation of workers, etc.) should be considered null and void. Furthermore, a discriminatory dismissal is null and void and the employee concerned is entitled to full reinstatement and indemnity for damages. Implementation of EU directives on discrimination law has widened the possibility of access to the courts, including collective action by organisations.

Racial discrimination is specifically referred to in article 14 of the Spanish Constitution as well as in the Workers´ Statute and Equality Organic Law 3/2007. The wave of protests against recent acts of racism should encourage employers to adopt actions to review their stance, specifically by means of the organisation’s anti-discrimination/harassment policy, the code of conduct or the social media policy, among others.

In addition, a written statement released by an organisation may provide a definitive endorsement of the official stand reminding that any discriminatory comment by employees, whether during working time or otherwise, is strictly forbidden and will be subject to disciplinary action.

Most Recent
By Lawyer Monthly On Jun 29, 2020 0
0
Share FacebookTwitterGoogle+EmailPinterestLinkedinTumblr