With COVID-19 having now been recognised as a 'force majeure' event in French case law, we examine the landmark ruling and what it implies for commercial litigation. 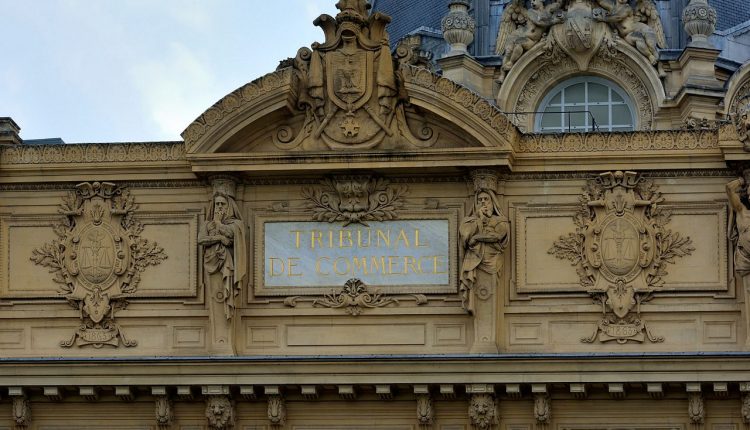 While a new conciliation platform has been created before the Paris Commercial Court, in order to deal with the very high number of claims filed by businesses against each other on the ground of non-performance due to COVID-19, the British Cabinet Office published on 7 May 2020 a guidance in which it encourages “responsible and fair behaviour is strongly encouraged in relation to (…) making, and responding to, force majeure, frustration, change in law, relief event, delay event, compensation event and excusing cause claims”. Sylvie Gallage-Alwis and Gaëtan de Robillard, respective Partner and Associate at Signature Litigation, explore the implications of this new guidance.

Force majeure and COVID-19 are indeed two concepts that have often been seen together these past weeks, businesses being stuck when it came to manufacturing, delivering or paying for instance. Yet case law was not there yet, and the only decisions in France where COVID-19 was recognised as being a force majeure event were rendered in very specific contexts, such as immigration proceedings. Up until now, businesses were therefore notifying force majeure and enforcing their force majeure clauses without any concrete decision handed down in a commercial scope in France.

The order handed down in summary proceedings by the Presiding Judge of the Paris Commercial Court on 20 May 2020 in a dispute between Total Direct Energie (“TDE”) and Electricité de France (“EDF”) alongside Réseau de Transport d’Electricité (“RTE”), in the presence of the French Independent Electricity and Gas Association (“AFIEG”) has now changed this.

Up until now, businesses were therefore notifying force majeure and enforcing their force majeure clauses without any concrete decision handed down in a commercial scope in France.

While the order of 20 May 2020 is particularly interesting as it relates to the system consisting of the Regulated Access to Historic Nuclear Electricity, it provides an interesting example of the recognition of COVID-19 as a case of force majeure. It also illustrates the attention that the courts give to the wording of contractual force majeure clauses and the discussions that would have taken place had the ground of the action been hardship (imprévision), a concept which was introduced into French Law in 2016.

The clause at stake

The dispute concerns the terms of Article 10 of the framework agreement binding EDF to TDE, according to which force majeure refers to “an extraneous, irresistible and unforeseeable event making it impossible to perform the parties’ obligations in reasonable economic conditions“.

There is somewhat of a similarity between the words “in reasonable economic conditions” and hardship, which is defined as a change in unforeseeable circumstances rendering “the performance of the agreement excessively costly for one of the parties“.

Based on the definition of force majeure of Article 10, the Judge considered that “the spread of the virus is obviously extraneous to the parties, is irresistible and was unforeseeable, as proven by the sudden nature and extent of its appearance“.  This “obvious” nature was not being discussed, which explains the brevity of the reasoning compared to the case law relating to the H1N1, Dengue Fever and other epidemics, which have not been recognised as force majeure cases by French Courts.

What is the Reshaped Landscape of Fraud Investigation? Post-COVID Challenges in Trade Mark Law

Here, it is the spread of the virus that is deemed a case of force majeure, not the governmental measures.  This will probably trigger discussions in other cases, in particular when the question of knowing when the spread started and stopped.

Discussions about the concept of “reasonable economic conditions“

TDE notably argued that the “governmental measures applied” would have triggered a “sudden decrease in consumption“, creating a situation where it had to accept the delivery of ordered volumes of electricity and resell most of them at a loss due to the impossibility to store electricity.

As for EDF, it notably argued that the pandemic and the resulting decrease in energy consumption did not prevent TDE from performing its obligations regarding, in particular, the acceptance of the ordered volumes of electricity and the payment thereof.

Here, the Judge carried out a factual analysis to rule that “this results in [TDE] observing significant, immediate and permanent losses over a period of time beyond its control“, further considering that the occurrence of a case of force majeure enables to “assume a disruption affecting prior economic conditions resulting in the occurrence of significant losses arising from the performance of the agreement“.

Here, the Judge carried out a factual analysis to rule that “this results in [TDE] observing significant, immediate and permanent losses over a period of time beyond its control“

This reasoning can be interpreted as the implementation of a presumption according to which a case of force majeure necessarily leads to a more costly performance, the parties having to discuss the extent of the acceptable risk.

This case law shows that case-by-case analysis will be the norm when it comes to the interpretation of the contract. The review of the clauses is, therefore, a must do before relying on the now fashionable concept of force majeure. If no such clause is in the contract, businesses will have to refer to statutes and case law. This may change the whole outcome of the matter. Indeed, what if the EDF/TDE contract did not make any mention to the concept of “unreasonable economic circumstance”?

This decision also shows that there will be a case-by-case analysis when it comes to the impossibility to perform and on the economic impact of a performance, if the latter is possible. In this respect, interestingly, the parties have decided not to put forward the fact that their financial health was not endangered with the performance or non-performance of this contract. This encouraged the Judge to only focus on the contract itself and on its economic viability independently from any other consideration. One could question whether such approach is aligned with the guidance provided by both the French and British Governments which have asked businesses to act fairly, in a general way, and not just, contract per contract.