2020: The Year of EU Crypto-Asset Regulation? 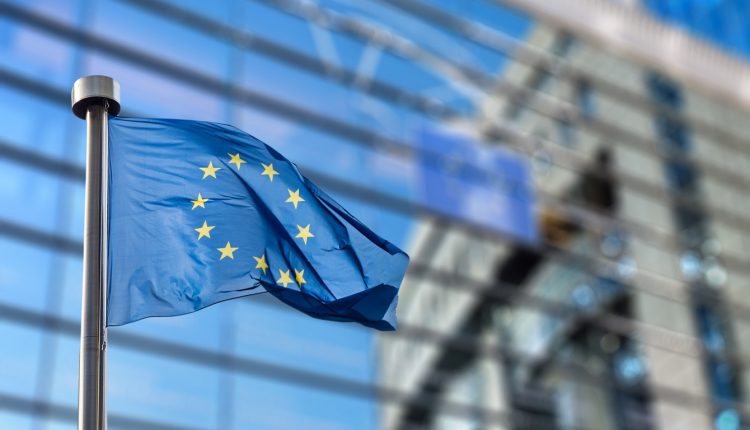 Jérôme Herbet, Partner at Winston & Strawn, explores the history of EU rulings on crypto-assets and what these might portend for the future.

In the midst of the global COVID-19 pandemic and world lockdown, the Libra Association published a new version of the white paper supporting its Libra crypto-currency. Initially founded and supported by Facebook, Inc., and then endorsed by a number of large companies (which since inception seem to have backed away from the project), the Geneva-based Libra Association is home of a new “stable coin,” i.e., a cryptocurrency designed to be backed by a reserve of hard currencies (fiat) in an effort to stabilise the price of the “coin” by linking its value to that of its reserve.

Although the Libra Association had asked the Swiss Financial Market Supervisory Authority (FINMA) for an assessment on how the authority would classify the project (including the issuance of a “stable coin”) and guidelines were issued on 11 September 2019, other regulators and governments around the world voiced out a number of concerns about the project. The revised version of the Libra white paper contains a number of changes made to address such regulatory concerns.

Stable coins that include a reference to one or several existing legal currencies, such as Libra, pose specific issues, which were summarised in detail in the G7 Working Group report on stable coins published in October 2019 and resulted in a ban in the EU. On December 5, 2010, the EU Council and Commission jointly stated that no global “stablecoin” arrangement should begin operation in the European Union until the legal, regulatory and oversight challenges and risks have been adequately identified and addressed.

The revised version of the Libra white paper contains a number of changes made to address such regulatory concerns.

Until recently, the regulation of crypto-assets was primarily left to national initiatives, with States adopting diverging approaches. However, a fundamental distinction seemed to emerge between crypto currencies on the one hand and tokens on the other hand. As summarised by the EU Parliament in its April 2020 study on crypto-assets:

“Cryptocurrencies (or coins), such as Bitcoin and Litecoin, are those crypto-assets that are designed or intended to perform the roles of currency, i.e.to function as a general-purpose medium of exchange, a store of value and a unit of account. They are intended to constitute a peer-to-peer alternative to government-issued legal tender. Tokens, on the other hand, are those crypto-assets that offer their holders certain economic and/or governance and/or utility/consumption rights. Broadly speaking, they are digital representations of interests, or rights to (access) certain assets, products or services. Tokens are typically issued on an existing platform or blockchain to raise capital for new entrepreneurial projects, or to fund start-ups or the development of new (technologically) innovative services.”

In a number of jurisdictions around the world, the emergence of crypto-assets gave rise to specific legislative and regulatory responses aimed at addressing the most urgent issues raised by their development, albeit sometimes only partially given the difficulty to proceed with their legal qualification. In fact, all crypto-assets have different functionalities, and their inclusion within the existing regulatory framework requires a case-by-case analysis. This approach is clearly the one retained, for example, by the Swiss FINMA in its ICO guidelines published in February 2018 or the UK FSA, for whom “whether an ICO falls within the FCA’s regulatory boundaries or not can only be decided case by case. Many ICOs will fall outside the regulated space. However, depending on how they are structured, some ICOs may involve regulated investments and firms involved in an ICO may be conducting regulated activities”.

A Guide to Divorce and Family Law in Portugal How is the Government ‘Fixing’ the Northern Ireland Protocol?

Most of the legislative and regulatory work so far thus focused on investor protection in the context of ICOs and, to a lesser extent, money-laundering issues. For example, in France, the PACTE (Action Plan for Business Growth and Transformation) law was adopted in April 2019 and established a legal framework for fundraising via the issuance of virtual tokens (ICOs) and digital asset service providers (“DASPs”). In the United States, the approach was rather to focus on substance over form with the consequence that US securities laws will be applicable for most ICOs. As stated by the SEC Chairman in a December 2017 statement, “replacing a traditional corporate interest recorded in a central ledger with an enterprise interest recorded through a blockchain entry on a distributed ledger may change the form of the transaction, but it does not change the substance”. Based on this approach, the SEC initiated several enforcement actions against ICO issuers that had failed to register their offering in accordance with US securities laws.

To address the more general issues raised by crypto-assets in the EU, on 19 December 2019, the European Commission launched a public consultation into a Directive/Regulation establishing a European framework for markets in crypto-assets.

The introduction to the consultation notes that crypto-assets have “the potential to bring significant benefits to both market participants and consumers” but also acknowledges the potential difficulties presented, including the challenge to financial stability that arises from the emergence of “stablecoins” as a new subset of crypto-assets.

The consultation builds on advice obtained from the European Banking Authority and the European Securities and Markets Authority on the applicability and suitability of the existing financial services regulatory framework to crypto-assets and will inform the Commission services’ ongoing work on crypto-assets. The consultation document notes that this includes a possible common regulatory approach at EU-level for crypto-assets that are not currently covered by EU legislation.

The consultation document is a working document and does not constitute a formal proposal by the European Commission.

National implementation of amendments to the Anti-Money Laundering Directive

Concurrently, the implementation in the EU in the Anti-Money Laundering Directive (“AMLD”) contains a number of changes which will further impact crypto-asset professionals. The amendments to the previous iteration of the AMLD include:

The prospect of forthcoming changes to money laundering rules has caused a number of crypto firms to reconsider their operations. For example, crypto payments start-up Bottle Pay shut down its operations in December 2019, in anticipation of the entry into force of the revised version of the AMLD. Similarly, crypto mining pool Simplecoin and bitcoin gaming platform Chopcoin were reported to have closed their operations in December 2019, citing the new rules as the catalyst for closure.