The High Court's recognition of cryptocurrency as 'property' has sweeping implications for both insurers and digital traders. 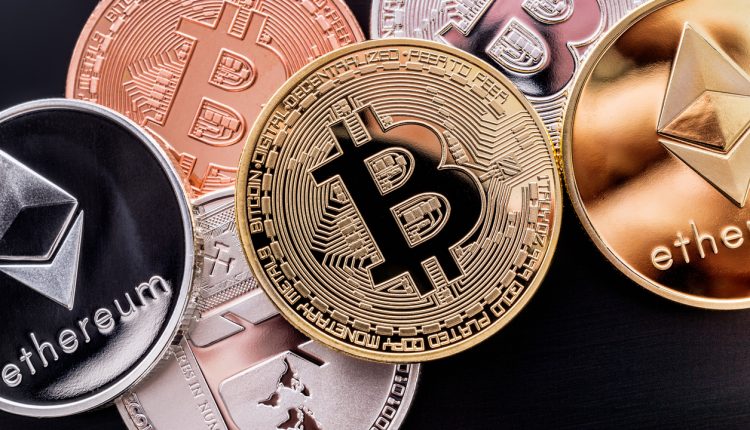 Following a recent High Court ruling, cryptocurrency, such as Bitcoin, can now be classed as ‘property’ under English Law.

This landmark decision, which provides judicial recognition to the property status of cryptoassets and allows them to be the subject of proprietary injunctions, is particularly important for English cyber insurers and cryptocurrency owners, who now have a greater level of security regarding how the English courts will treat cryptoassets. This is likely to provide more market confidence in such assets, potentially leading to a parallel growth in the use of cryptocurrency to pay for goods and services.  Law firm Shakespeare Martineau’s David Vaughan and Sneha Nainwal, international dispute resolution partner and international dispute resolution associate, offer Lawyer Monthly some insight into this landmark ruling.

Cryptocurrency is a type of cryptoasset. Essentially, it is a digital asset designed to serve as a medium of exchange by using encryption techniques to generate and verify the transfer of virtual currency. In simple terms, it is electronic money with no physical counterpart, with the most famous examples being Bitcoin, Litecoin and Ethereum.

Whilst widely used and traded around the world, most jurisdictions do not recognise cryptocurrency as legal tender. It remains a decentralised, self-sustained virtual currency that is not controlled by any singular entity and is subject to different regulatory frameworks depending on the jurisdiction in question.

Similarly, the fact that it is intangible has also led to uncertainty regarding whether it can be legally classified as property.

Whilst widely used and traded around the world, most jurisdictions do not recognise cryptocurrency as legal tender.

In November 2019, the UK Jurisdiction Taskforce (UKJT) published a landmark paper called Legal Statement on Cryptoassets and Smart Contracts, which provided an in-depth analysis of how cryptoassets should be treated under English and Welsh law. The paper concluded that cryptoassets, including cryptocurrencies, are capable of being recognised as property.

A few considered the paper to be progressive, yet not conclusive, as it only deemed cryptoassets as capable of being recognised as property, without holding that they unequivocally are. This aligned with some previous English decisions (where the High Court had granted a freezing injunction in respect of cryptocurrencies) which served only as a persuasive authority, but not a direct ruling, on the property related status of cryptoassets.

It is against this background that the decision in AA v Persons Unknown assumes key importance. It was in this case that the English High Court provided, for the very first time, a direct ruling on this controversial point, judicially recognising, and endorsing, the UKJT’s legal analysis of cryptoassets as property.

In this case, digital attackers used cyber ransomware to hack the database of a Canadian insurance company, before demanding a payment of $1,200,000 in cryptocurrency to provide the company with the decryption tool needed to recover the data. In the end, $950,000 in Bitcoin was paid by the company’s insurer (based in England) to the hackers to regain access to the system. The insurer subsequently made an interim application for a proprietary injunction to recover the Bitcoin payment made to the attackers. The significant question before the Court in order to determine the application for proprietary injunction was whether Bitcoin could be treated as property under English law in the first place.

Crypto Crisis: Why Are Countries Banning Virtual Currencies? Should Cryptocurrency Be Regulated in the UK?

The Court considered UKJT’s legal statement, and previous case laws, on the definition of property and its evolution over time. Holding the UKJT’s analysis as ‘compelling’, the Court concluded that cryptocurrencies are property as they possess the key attributes of being definable, identifiable by third parties, capable of assumption by third parties and having some degree of permanence. The Court recognised cryptocurrencies to be a form of property and thus, capable of being subject to a proprietary injunction.

Historically, English courts have recognised only two forms of property – chose in action (right to possess something) and chose in possession (actual possession of something). The decision in AA v Persons Unknown presents a progressive judicial approach where the Court has classified cryptocurrency as property despite the fact that it does not neatly fit into either of the two forms. In line with the UKJT’s analysis, the decision manifests the ‘ability of the common law to stretch traditional definitions and concepts to adapt to new business practices.

This is also a progressive step towards instilling greater market and user confidence in the owners, traders and insurers of cryptoassets. Legal certainty and protection are vital when it comes to increasing the strength of an asset in the marketplace, making this decision a hugely positive step for the future of cryptocurrency and cryptoassets in general.

The decision is relevant to any industry that employs or recognises cryptocurrency as a form of value. Given the facts of the case, it is of particular relevance to the parties operating in the cyber insurance space.

From a legal perspective, the decision will also have a parallel impact on other associated fields of law, from cyber law and insolvency to IP, tax and succession.

The decision is relevant to any industry that employs or recognises cryptocurrency as a form of value.

It is important to note that this decision was given in an interim application, made without notice, and as such is not the outcome of a fully considered trial. However, it does provide essential legal guidance on cryptoassets, building a more stable image for cryptocurrencies, as well as giving much-needed protection to its users and other counterparties.

It remains to be seen whether this decision will provide impetus to further judicial rulings and legislation, domestic or international, on other pertinent issues concerning the wider status of cryptoassets and regulation of cryptocurrencies, but it is certainly a step forward.