What Can We Learn from Harvey Weinstein’s Conviction?

2017 saw the rise of the #MeToo movement after more than a dozen women accused Harvey Weinstein of sexually harassing, assaulting, or raping them. 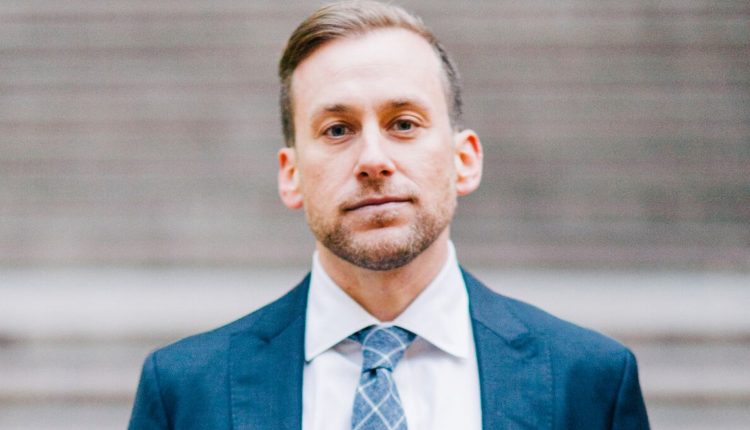 Weinstein was later fired from his production company and the Los Angeles Police Department began their criminal investigation into the alleged rape, as well as the New York and London police departments investigating other sexual assault allegations.

In May 2018 Weinstein was arrested; he was convicted by a jury of two of five criminal charges: one count of criminal sexual assault in the first degree and one count of rape in the third degree on 24 February 2020. On 11 March, he was sentenced to 23 years in prison.

What did we all learn from this? A man often referred to as a ‘mogul’ in the Hollywood film industry was not above law. The #MeToo movement started a dialogue for those in the workplace that may have previously been suppressed and also brought to light the importance of effective procedures if sexual harassment cases have the potential to arise. Employment law has never been so vital to follow.

Below we catch up with Jesse Weinstein,  Litigation Associate at the law firm of Phillips & Associates. He discusses the impact of Harvey Weinstein’s recent conviction and what employment lawyers and employers can learn from this landmark case.

What kind of an impact do you think Weinstein’s recent conviction will have on future sexual harassment cases?

I believe Harvey Weinstein’s recent conviction will have a two-fold effect on future sexual harassment cases. First, given the publicity surrounding Weinstein’s legal woes, “all eyes” are on employers now, especially with respect to sexual harassment claims.  Employers now know that none of their employees, especially executives, supervisors and managers, are above the law.  Conceivably, few people expected to see Weinstein’s career crumble so quickly despite the many allegations, given his “powerhouse” persona in the entertainment industry. His descent, at a minimum, should keep employers “on their toes” when it comes to hiring, training and retaining their employees.

Some local statutes provide even broader protections than the EEOC.

This is especially true, given the existing protections that employees have under federal and local statutes.  For example, the United States Equal Employment Opportunity Commission (“EEOC”) holds employers legally accountable their employees’ sexually harassing behavior when that behavior creates a hostile work environment. They are also liable when they knew of the harassment but failed to immediately address it and/or prevent future harassment.  Some local statutes provide even broader protections than the EEOC.  For example, whereas the EEOC requires “severe and pervasive” behavior to establish a claim of a hostile work environment, the New York State Human Rights Law (“NYSHRL”) requires only a “slight and petty annoyance.”  Thus, because Weinstein’s conviction has put a spotlight on sexual harassment cases, and many local jurisdictions have lowered the standards necessary to prevail on legal claims, employers will have every reason, now more than ever, to stay vigilant.

Second, we will likely see a spike in legal claims.  Presumptively, many people question whether the legal system “works” in their favor.  This concern often deters people from pursuing claims.  However, Weinstein’s conviction illustrates what happens when the legal system works for the community. In the civil legal system, Weinstein paid millions of dollars in monetary damages to numerous claimants.  Similarly, in the criminal legal system, he was convicted by a jury – arguably the most fundamental method of justice in our country.  However, Weinstein’s legal troubles are far from over.  He now faces further criminal charges in California, and many other claimants continue to pursue civil claims against him. Accordingly, civil attorneys representing those claimants can now potentially access evidence from his criminal trial as they negotiate for their clients.  This phenomenon will surely reveal itself in other “hybrid” civil sexual harassment cases with criminal components.  Moreover, the number of these “hybrid” cases will likely increase, as criminal prosecutors will face further scrutiny when deciding whether to pursue sexual assault cases that occur in the employment context.  As such, look for many individuals, who were once reluctant to speak out, to now feel emboldened to pursue both civil and criminal claims.

What do settlement agreements and non-disclosure agreements usually contain and how do they impact sexual harassment cases?

The employer’s counsel typically drafts settlement and non-disclosure agreements.  A “bare bones” settlement and non-disclosure agreement will generally include the names of the parties, the agreed upon monetary amount that will resolve the claims, a general release, the method in which the monetary amount will be paid, and a confidentiality provision.  However, these agreements tend to be much more nuanced, as claimants are commonly concerned with protecting their reputations and securing future employment.  Thus, a typical settlement agreement goes through numerous drafts between both sides’ counsel.  During this process, claimants’ attorneys often negotiate for additional clauses, the absence of which can “make or break” a settlement.

For example, most, if not all, claimants worry that they will be unable to list their former employer on their resumes or as a reference after their cases settle.  This is particularly prevalent where the claimant worked for the employer for a significant amount of time.  Attorneys address these concerns by incorporating “neutral reference” clauses, which generally provide that if a claimant’s prospective employer contacts the former employer for a reference, the former employer will provide the dates claimant was employed, the positions claimant held, and explain that it is its policy only to provide such information.

What we have learned is that no one is above the law.

Employers also routinely insist that certain clauses be included in settlement agreements, which can create barriers to settlement.  For instance, nearly every agreement drafted by an employer’s counsel will include a “no admission of wrongdoing” clause, which effectively says “I will pay you, but I am not admitting I did anything to you.”  Because these clauses are technically legal, claimants must accept that there is no legal accountability specified in these agreements.  These clauses often make the process inherently transactional, which can leave claimants feeling devalued.  However, given that many claimants also find themselves in precarious financial circumstances due to the harassment, they often reluctantly agree to this term, in order to preserve the monetary payment.  We saw this play out with many of Weinstein’s claimants who were bound to broadly restrictive settlement and non-disclosure agreements.  Because he was such a big player in the entertainment industry, many of his claimants (who were also part of the industry) reluctantly signed these contracts to avoid “career suicide.”

Disability Discrimination: How Difficult Is It To Be Disabled at Work? Disability in the Workplace: What Are Your Rights?

Nevertheless, state legislatures have codified protections for claimants against oppressive agreements.  For instance, in New York, the NYSHRL mandates that in sexual harassment cases, where the parties have reached an informal agreement to settle, claimants must first be given a twenty-one-day waiting period to contemplate releasing any legal claims against their employer.  If after that period the claimant wishes to proceed, he or she may execute the agreement and can revoke that agreement within seven days of signing.  These laws ensure claimants every opportunity to sign these agreements without absolute certainty.

What can we all learn from this case? Will workplaces now take sexual harassment more seriously than before?

To take major strides in ending workplace harassment, companies will have to create a movement of their own.

What we have learned is that no one is above the law.  Where we have previously seen marginalized populations struggle within the confines of the legal system, Weinstein’s conviction presents a different reality.  His misdeeds created the #MeToo movement, and his conviction fueled it more than ever.  Whereas for the last several decades, society had tolerated sexual harassment and misogynistic behavior as a “part of business,” today, we have learned from Weinstein that such behavior will carry legal consequences.  We now know that rich, powerful, and influential people, cannot just walk the earth as if it is their own, without any accountability for their actions.

Whether workplaces take sexual harassment cases more seriously moving forward remains to be seen.  While Weinstein’s case was certainly a revelation, sexual harassment and sexual assault in the workplace existed long before the #MeToo movement and are still occurring today.  To take major strides in ending workplace harassment, companies will have to create a movement of their own.  One where they preemptively examine who their leaders are, how they are trained, and how they treat other employees. More importantly, employers will need to act swiftly when employees complain about discrimination and harassment. Until this happens, we can expect that other “Harvey Weinstein” types will continue to harass others.  However, now many people will likely feel more comfortable and willing to come forward, and plaintiff’s attorneys will be more prepared than ever to proceed.

Jesse Weinstein is a Litigation Associate at the law firm of Phillips & Associates. Mr Weinstein worked as an Assistant District Attorney at the Bronx County District Attorney’s Office prior to joining our firm. As a prosecutor, he gained substantial trial experience as first-chair counsel in several jury and bench trials. He also led complex investigations and conducted dozens of hearings and grand jury presentations.