How Does International Arbitration Work?

Speaking to Kiran Nasir Gore, we try to answer questions that companies trading all over the globe may be asking themselves. 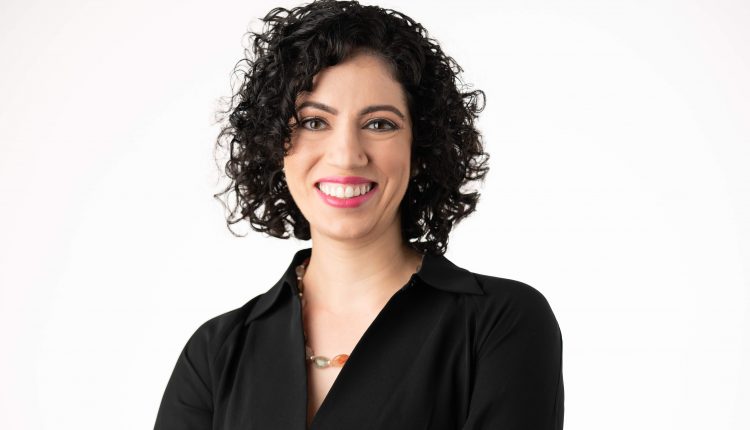 From, ‘Which jurisdiction will my dispute fall under?’, to ‘Is it easier to opt for traditional litigation?’, Kiran succinctly briefs us on the process behind international disputes, honing in on foreign laws, and the advantages of opting for arbitration over litigation.

How do you decide where to file a case arising from an international dispute?

Choosing where and how to pursue a claim is a highly specific inquiry that requires careful consideration.  Often times, the first step is figuring out if the case belongs before a commercial arbitration tribunal.  If the parties have a contract that includes an arbitration agreement, then we assess whether that clause covers the dispute and whether it is binding.

If the parties do not have a contractual relationship, or their contract does not include an arbitration agreement, this opens up a number of possibilities.  We often first assess whether there is a jurisdictional nexus between the dispute and the United States.  If that nexus exists, we can pursue appropriate claims in US courts.  Otherwise, we have great connections abroad and we draw upon our trusted relationships with other lawyers and law firms to pursue litigation in other more appropriate jurisdictions.

Finally, we always consider whether a dispute involves violation of a bilateral or multilateral investment treaty.  Our clients often invest in foreign jurisdictions and it is quite possible that their investments might benefit from treaty protection.  Where this is the case, investment arbitration can be an effective forum for asserting claims and damages caused by improper State action.

None of these options are mutually exclusive and it may be appropriate to pursue more than one approach at the same time.

What are some of the benefits of resolving a dispute through international arbitration rather than traditional litigation?

Many parties include arbitration agreements in their international contracts because they wish to confidentially and efficiently resolve disputes that may arise out of that contract.  Among the several other advantages of arbitration over traditional litigation are:

There are dozens of international arbitration institutions located around the world, each marketing its defining features.  Does it really matter which one is selected in an arbitration agreement?

These procedural rules are key to the efficient and effective resolution of the dispute.  Just to provide a few key examples:  At the beginning, the rules explain how to initiate a claim and how to appoint the tribunal.  Throughout, the rules guide the timetable of the arbitration and how the parties may present their case and make submissions to the tribunal.  Finally, the rules provide the timetable for issuing an arbitral award.  Perhaps most importantly, the rules often set out the costs and fees associated with the arbitration’s administration.

A party should make an informed decision that aligns with its anticipated dispute resolution style and strategy to ensure that there are no unhappy surprises later on when a dispute does arise.

Do you only work on international disputes involving the application of US law?  How do you navigate cases where foreign law might apply?

International business disputes are often found at the intersection of international trade, commerce, and development and they are not immune to changes in policy.

As a New York-trained litigator, I am most at home working on disputes involving US law, but the legal challenges involved in international disputes drew me into specialising in this field.  In international commercial arbitration, the governing law is selected by the parties while negotiating the contract.   Similarly, even if a case is litigated in US court, it is possible that foreign law might apply.  As a result, I have worked on commercial disputes involving the laws of a variety of jurisdictions, ranging from Ghana and Venezuela to France and Brazil.  I enjoy learning about other legal systems and collaborating with local law experts.  I always feel enriched, rather than hindered, by my US legal education.  It helps me take a comparative approach and identify similarities and differences among divergent legal systems and I can efficiently parse through and challenge the legal arguments presented by both sides to a dispute.

International business disputes are often found at the intersection of international trade, commerce, and development and they are not immune to changes in policy.  A great example is provided by the track record of the Trump Administration over the past few years.  In at least three areas, President Trump’s “America First” approach to foreign policy has significantly impacted the ways in which international business disputes arise and may be resolved, such as:

Over time, I have learned that the best advocacy involves telling a really great story.

Each of these developments is a direct result of the Trump Adminsitration’s foreign policy agenda.  At the same time, each carries tangible commercial impact and will likely lead to increased international litigation or arbitration among commercial parties who either face increased compliance risks, or find themselves in business disputes because their pre-existing deals are either no longer viable or no longer as fruitful.

When advocating in an international dispute what tools best support your efforts?

Over time, I have learned that the best advocacy involves telling a really great story.  It is important to learn to use words effectively and accurately.  A great story, especially one steeped with nuance and detail, must be clear and compelling.  The story also must be tailored to its audience, with room for adaptation and improvisation in case the unexpected comes up, or there are queries that derail the storytelling process.  To tell this kind of story effectively, it is important to know the story inside and out.  I always aim to question and resolve concerns about every fact and document before an opposing counsel, judge, or arbitrator has the chance to do so.  The goal is to never be caught off guard and be so well-informed that I can manage even if left surprised.

A related element involves simply having better information than the other side.  Our Firm’s creed is “whoever has the best information wins.”  We oftentimes work with top former intelligence officers from numerous international and domestic agencies to obtain highly confidential information essential not only to obtain, but also to collect, favourable judgments and arbitral awards.

Finally, without a doubt, international advocacy is challenging work.  In order to succeed it is important to always maintain good humour, respect (for both the process and others), and above all, humanity.

In your opinion, what is a key “hot” topic in international dispute resolution practice today?

I have already described why I think “information” can be the most powerful tool in international advocacy.  This same idea is currently at the centre of a hot debate in international dispute resolution practice.  In the US, 28 U.S.C. Section 1782 is a statutory provision which permits a US federal district court to order testimony or produce documents in aid of a proceeding before a “foreign or international tribunal.”  There is currently a deeply entrenched circuit split over the interpretation of the quoted language.  Specifically, whether an international commercial arbitration qualifies, given that it is a private (and not public) tribunal.

Guidance of the US Supreme Court is not only welcome, but necessary.  In particular given the interaction of the US approach, which very much focuses on providing access to information, with more global views of disclosure and privacy, including the French blocking statute and GDPR compliance.

I focus my practice on international dispute resolution and serve as Counsel in The Law Offices of Charles H. Camp, PC in Washington, DC.  At the Firm, we build upon Charles’ more than 35 years of legal expertise representing clients from around the world to solve complex international disputes through international litigation, arbitration, and debt recovery.

I came to the Firm following nearly a decade of practice with global law firms in New York and Washington, DC.  I started as a litigator in the New York City office of DLA Piper LLP, where I represented foreign and domestic clients in diverse disputes before US courts and international tribunals.  Even in those early days, my cases consistently involved some international element and I enjoyed their unpredictability and complexity.

After several years, I transitioned my practice to focus exclusively on international commercial and investment arbitration and joined the Washington, DC office of Three Crowns LLP when the firm first launched.  Three Crowns set out to become the first global firm specialised in international arbitration and I was inspired by the firm’s innovative approach.  I learned from and worked alongside some of the world’s leading advocates on high-profile and high-value international arbitrations.  As I matured in my practice, I became more responsive to and attuned with client needs.  I wanted to provide more personalised and interdisciplinary solutions to my clients’ legal disputes, with the ultimate goal of helping them manage risks and gain commercial success.

I began working with Charles at his Firm last year and am lucky to have found a kindred spirit.  We are both comfortable advocating in courts and before international tribunals and we work together to devise effective and creative solutions to our clients’ international disputes.

Alongside my legal practice, I am active in both academic and scholarly activities.  I am an adjunct professor at The George Washington University Law School, where I primarily teach foreign-trained lawyers.  I also am a part-time lecturer at New York University’s Global Study Center in Washington, D.C.  I serve as Associate Editor of ICSID Review – Foreign Investment Law Journal and Associate Editor of the Kluwer Arbitration Blog.  Each of these roles supports my practice by immersing me in emerging ideas and challenging my skills and expertise.