France Well-Placed in the Field of Negotiated Justice

An analysis of France's "Sapin II" law and the impact it has had on the French government's anti-corruption efforts since its inception. 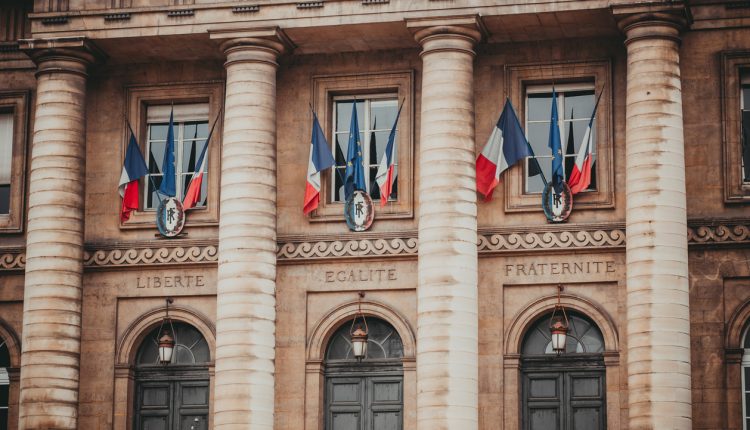 In 2016, France enacted a new anti-corruption law which brought about a revolution in the French approach to corporate wrongdoing. Colloquially known as “Sapin II”, Law No 2016-1691 of 9 December 2016 introduced deferred prosecution agreements, together with measures to assist cross-border enforcement and to encourage self-reporting. This joint analysis by Nicolas Brooke and Camille Gravis, respective Partner and associate at Signature Litigation, examines the changes that the law has brought to negotiated justice in France.

The effectiveness of US deferred prosecution agreements inspired Sapin II’s introduction of the French equivalent, known as convention judiciaire d’intérêt public (or “CJIPs”). These agreements mean that – in appropriate cases – instead of facing trial, a company may agree to cooperate with the authorities and to resolve matters by paying a fine and adopting remedial measures.

France signed the OECD anti-corruption convention in 1997. However, by the time Sapin II was introduced in 2016, only two French companies had been convicted in France of bribing public officials. By contrast, between 2008 and 2017, the US Department of Justice had imposed fines totalling US$13.6 billion on companies, including $6.7 billion on European companies, $1.6 billion of these fines involving major French companies. In France, this state of affairs was seen both as an embarrassment and as a threat to sovereignty. The US Foreign Corrupt Practices Act was viewed as being deployed extraterritorially to wage economic warfare on foreign corporations.

Instead of facing trial, a company may agree to cooperate with the authorities and to resolve matters by paying a fine and adopting remedial measures.

France therefore decided to introduce a number of reforms. First of all, in order to bolster the repression of bribery and corruption, Sapin II created a new duty for medium to large companies to implement a mandatory anti-corruption program consisting of (1) a code of conduct; (2) whistleblowing procedures; (3) risk-mapping; (4) third party due diligence; (5) accounting controls; (6) anti-corruption training programs; and (7) an internal assessment system.

Sapin II created the Agence Française Anticorruption (“AFA”), a new government agency in charge of conducting audits, by requesting information and documents and interviewing employees onsite, and eventually referring cases to a sanctions commission that can impose financial penalties for breach of the anti-corruption program. The AFA also monitors compliance and provides support and advice, including by publishing relevant guidelines.

In respect to international bribery cases, Sapin II significantly broadened the jurisdictional hooks French prosecutors can rely on to bring wrongdoers to justice. Before Sapin II, the French authorities could only prosecute offences committed abroad where the victim or wrongdoer was a French citizen or a French registered company, under restrictive procedural conditions. Sapin II now allows the prosecution, for the offense of corruption of a foreign public official, of persons or entities who regularly reside in France or conducts economic activity on French territory. The French courts now also have jurisdiction over a person who is guilty on French territory, as an accomplice, of acts of international public corruption committed abroad (French Criminal Code, Articles 435-6-2 and 435-11-2).

The implementation of CJIPs in France is another significant innovation developed by Sapin II. Upon the conclusion of a CJIP, the prosecution is suspended for up to three years. In exchange, the company pays a fine, limited to 30% of the company’s average annual revenue during the previous three years and can be required to by supervised for up to three years while implementing remedial measures (French Criminal Procedure Code, Article 41-1-2). Unlike the US or the UK, the monitorship is necessarily conducted by the AFA, as opposed to a qualified individual or firm suggested to the authorities by the company. The company is not required to plead guilty, thus the CJIP does not amount to a guilty verdict and won’t lead to a disbarment of the company from public procurement for example.

Three years after Sapin II, eight CJIPs have been concluded with five relating to corruption cases and three to tax fraud. The Société Générale matter involved the first coordinated resolution where US and French authorities shared a fine of some USD 500 million. This was the first time a CJIP formed part of a global resolution with multiple authorities. Another case seems to have come close to a similar coordinated resolution. On 25 June 2019, Technip-FMP concluded a deferred prosecution agreement with the US Department of Justice and the Brazilian authorities. Interestingly, the French Parquet National Financier also took part in the investigation, but Technip-FMP failed to reach an agreement with it. It appears that the investigation is continuing in France (U.S. v. TechnipFMC, June 25, 2019, Docket No. 19-CR-00278-KAM). France appears to have been more active in this area than the UK which introduced DPAs in 2013, but has concluded less (six) DPAs.

How Legal Departments Can Effectively Plan in 2021’s Shifting Economy

Recent guidelines have been issued by the AFA and the French national Prosecutor (“PNF”) to give clarity on the implementation of CJIPs that are broadly inspired by US practice, but contain a number of controversial propositions, in relation to investigatory work-product covert by lawyer-client confidentiality. The guidelines state that the corporation will have to determine what work-product will be turned over to the prosecutors to assist with their investigation, and that “whereas the duty of lawyer-client confidentiality is binding on counsel in their relationship with their client, the client itself is not bound by such a duty”. This may be taken as implicitly suggesting that companies are encouraged or even expected to turn over privileged materials from their judicial investigation. A clarification on this subject would be helpful. On the other hand, the guidelines do note that a corporation’s refusal to turn over documents privileged as a matter of foreign law, but not under French law, will not necessarily be construed as a lack of cooperation. This is encouraging, given that significant amounts of materials can be created during the course of a cross-border internal investigation and that a waiver of the privilege could lead to devastating results for the corporation, in particular if it is facing civil law suits in parallel to a criminal or regulatory investigation.

Despite these guidelines, there is still significant uncertainty surrounding key issues as regards CJIPs. More clarity should emerge as the practise of CJIPs continues to develop in France. It remains to be seen whether deferred prosecution agreements will become commonly used against corporate wrongdoers in France. This may depend on the extent to which the US authorities target French companies, and the enthusiasm of French authorities to encourage their use.