Is the Italian Court system efficient? Does it differ in any way to other EU court systems or does it set precedent for other jurisdictions? 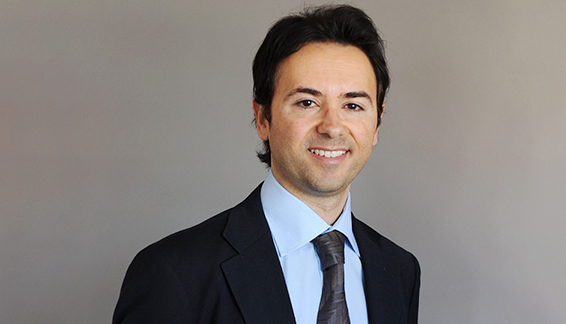 We speak to expert Daniele Ferretti who shares his knowledge on his country’s legal structure.

How is the Italian court system structured?

The Italian judicial system is administered in the name of the people and the judges are subject only to the law. The judiciary is made up of several courts, which exercise jurisdiction on ordinary, administrative, accounting, tax and military matters.

The courts of first instance exercise ordinary jurisdiction in civil and criminal matters, along with the Court of Cassation. The courts of first instance include the justice of the peace, a monocratic non-professional judge, juvenile courts, supervisory courts and ordinary courts. Ordinary courts, consisting of a sole judge or a panel hear a broad range of disputes, including those on real estate and family matters, and may grant interim measures of relief.

Some large district courts of first instance have special divisions for matters such as intellectual property, competition and corporate matters.

The Italian system of civil justice is generally not regarded as efficient, largely because of the huge backlog of cases before courts and excessive delays in civil and commercial proceedings.

The Constitutional Court is competent, among others, to rule on disputes relating to the constitutional legitimacy of law and enactments having the force of law promulgated by the state and the regions.

How efficient is this system?

The Italian system of civil justice is generally not regarded as efficient, largely because of the huge backlog of cases before courts and excessive delays in civil and commercial proceedings.

Even though the length of such proceedings remains substantially higher if compared to the average of other European countries, the Italian judiciary has eventually adopted a reform that improved, to a certain extent, the dispute resolution process. This goal was achieved through a reorganisation of the Italian judicial system and the adoption of new best practices in case management, including e-filing of judicial documents and the introduction of mandatory dispute resolution processes.

As a result, Italy recently ranked among the most virtuous European countries in reaching a rate of resolving civil and commercial cases as compared to the number of incoming cases (105%).

ADR systems were not widely used in Italy until a few years ago, when mediation and assisted negotiation became mandatory in several civil and commercial disputes, relating, among others, to medical malpractice, lease agreements, insurance agreements and real estate matters.

While the reputation of the Italian judicial system is still negative, arbitration continues to represent an efficient and timely method to resolve civil and commercial disputes. Unlike in many other jurisdictions, however, the Italian Code of Civil Procedure does not yet allow to apply for interim measures of protection before an arbitral tribunal. Unless otherwise provided by law, arbitrators are prevented from granting injunctive relief, thus forcing the parties of arbitral proceedings to apply for interim measures before a court. Such restriction is generally regarded as inconvenient for businesses and discourages the selection of Italy as a place for international arbitration.

How does Italy set precedent for other jurisdictions when it comes to dispute resolution?

The Italian judicial system is based on the application of statutory rules of law, which are codified by the legislator. The judiciary cannot interfere with the legislative powers of the Parliament, as the governance model adopted by the Constitution is the separation of powers. The role of the courts is limited to interpret the rules and apply them to resolve disputes. As a result, precedents in Italy are only persuasive, and the judgements are only binding on the parties, their successors or assignees.

Despite the stare decisis principle is not adopted by the Italian legal system, the judicial practice largely proves otherwise. Judges often base their decisions on case law previously rendered in similar cases. Thus, there is a general expectation that precedents of higher courts shall be followed by lower courts.

This expectation is very high when the Court of Cassation identifies principles of law that are relevant to resolve the case. As its primary function is to ensure the uniform interpretation of the law, decisions taken by the Court of Cassation, and particularly by its Joint Sessions, have great weight on subsequent similar cases.

Occasionally, recourse to mediation may also be requested by a judge in the course of the proceedings, whenever he or she deems it appropriate.

Is ADR readily adopted in Italy?

ADR systems were not widely used in Italy until a few years ago, when mediation and assisted negotiation became mandatory in several civil and commercial disputes, relating, among others, to medical malpractice, lease agreements, insurance agreements and real estate matters.

After the implementation of comprehensive reform, the commencement of legal actions relating to the aforesaid matters requires to preliminary explore an amicable resolution with the assistance of attorneys or through a qualified mediation organisation, leaving litigation as the final stage of the dispute. Failure to enter into mediation and assisted negotiation, when mandatorily required, prevents the courts from hearing the case.

Occasionally, recourse to mediation may also be requested by a judge in the course of the proceedings, whenever he or she deems it appropriate. Further, parties may voluntarily decide to start mediation proceedings in non-mandatory civil and commercial matters, provided that inalienable and indefeasible rights are not affected therefor.

Conciliation and arbitration are both also in place. While conciliation is largely used for preventing disputes concerning employment law, recourse to arbitration is a path commonly taken in complex commercial agreements and corporate law matters. ADR services are quite accessible, as the local bar associations have recently established chambers of arbitration and mediation bodies.

How expensive can court proceedings be for businesses? How is this often funded?

As the Italian legal system is not adversarial in nature, the costs of court proceedings are nearly aligned with those of other European civil law countries and are generally lower than the average of common law countries.

Lawyers are required to provide a fee estimate of their legal fees before being retained by the client; the agreement cannot include the assignment of any asset being affected by the dispute. If the lawyer and the client do not reach an agreement, the amount of the fees are established by law, which sets certain value brackets and amounts due for each stage of the proceedings.

The Italian Code of Civil Procedure adopts the “loser pays” rule. The prevailing party of a dispute, therefore, is in principle entitled to obtain a refund of the costs and fees incurred during litigation, including those of the experts. However, judges are free to set off or differently allocate such expenses in the event that both parties lose, or when other circumstances justify an exception to the general rule.

The judge is also entitled to award certain damages against the party responsible for vexatious litigation (e.g. frivolous, repetitive or burdensome lawsuits).

Daniele Ferretti is the Founder and Managing Attorney of Ferretti Firm, a boutique law firm specialised in dealing with complex cases, providing high-end services across different areas of law. His business litigation experience includes contract and corporate disputes in a wide array of fields (including oil and gas, construction, foreign investment, international distribution and joint ventures), officer and director liabilities, breach of fiduciary duties, business torts, product liability and other general litigation matters. In addition to representation of clients before state courts, he has acted as counsel and co-counsel in several national and international arbitrations, including ICC and ICSID proceedings.

Mr Ferretti was admitted as attorney-at-law in Italy in 2005 and was called to the bar in New York in 2009. In 2012, he was appointed as officer of the Product Law and Advertising Committee of the International Bar Association (IBA), where he currently serves as Vice Chair. Mr Ferretti currently leads a team of professionals made up of five attorneys.

In recognition for his brilliant legal career, he is frequently engaged in speeches at seminars, conferences and workshops promoted by the main associations of Italian entrepreneurs, consulates and consulting companies. Mr Ferretti is also an accomplished writer on dispute resolution topics, including on comparative approaches to arbitration law and international debt collection.

Along with other relevant professional achievements, Mr Ferretti has received an award by Louis F. Del Duca, professor emeritus of law and internationally recognised as a leading scholar in the fields of commercial and comparative law.