How Should Insurance Companies Prepare for Subrogation?

What should insurance companies plan for when it comes to subrogation? Lauren Nuffort answers this for us and tells us the best way to resolve claims. 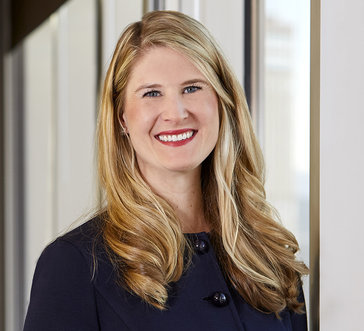 Subrogation is based on principles of equity.  This alone is a driving factor for why all property and casualty insurance companies have an interest in this process.  Subrogation is a well-known principle of insurance law.  It allows an insurer who has paid a loss to its policyholder to “step into the shoes” of the policyholder and attempt to recover its payment from a tortfeasor who caused or contributed to the loss.  The process allows insurers to ascertain legal liability and assign financial responsibility of those involved in an insurance-related loss.  Monies recovered through the subrogation process go to the company’s bottom line and can be passed on to policyholders in the form of lower premiums.

But recoveries are far from a guarantee.  State-specific common law and statutory law, as well as contractual provisions between parties, can become barriers to the process.  As brief examples, the legal ability of a landlord’s property insurer to subrogate against a tenant for property damage caused by the negligence of the tenant is treated differently in each state and it usually turns on the language of the lease involved.  Similarly, the economic loss doctrine and the made whole doctrine are not applied the same in each state and subrogated parties need to be aware of the governing law at the beginning of the subrogation process.  There are also some states where the right to bring the subrogation claim rests solely with the policyholder.  Therefore, it is important that insurance companies plan to prioritize the early involvement of subrogation professionals, such as subrogation claim examiners and attorneys.  The key is to identify and separate claims that have subrogation potential from those that do not, and to do this as early as possible.

In nearly every matter that I have handled, whether it involves a commercial policyholder or an individual policyholder, a loss comes as a highly unexpected event.

Adjusters should also be well trained in the process and the purpose of subrogation.  They are typically the policyholder’s first point of contact in the loss adjustment process.  The adjuster needs to set expectations and balance the often divergent interests of the carrier—reasonable time to investigate subrogation—and the policyholder—restoring the property as quickly as possible to minimize interruption.  The adjuster may also have the first access to contracts.  While waivers of subrogation are often contained in contracts for construction (and are standard in the AIA form contracts), there are certainly occasions where the clauses have been deleted by the mutual agreement of the contracting parties.  An insurance carrier should never close a claim just because it assumes the contract contains a waiver of subrogation.  The contract must be obtained and reviewed.  And even if the contract contains a waiver of subrogation, there are creative legal arguments that might be available to get around the waiver.

Early communication and setting expectations get everything started on the right foot.

Insurance companies must plan to incur some expense investigating losses in order to determine subrogation potential.  To make it most economical, it is important to engage the right professionals experienced in the process who can: efficiently identify interested parties; coordinate multi-party inspections; ensure evidence and artifacts preservation pursuant to applicable standards; and gather and analyze pertinent information, data and documents to determine if there is a claim to pursue.  Carriers must also be flexible about when to make the decision to close a claim.

Planning to retain a team of subrogation professionals early, each of whom understands the carrier’s interest, the policy holder’s interest and the process, will ensure that good money is not spent chasing empty pockets.

The carrier must also be aware that the policyholder may have an uninsured loss.

From your experience, what is the best way to resolve claims for carriers and their insureds?

Early communication and setting expectations get everything started on the right foot.

In nearly every matter that I have handled, whether it involves a commercial policyholder or an individual policyholder, a loss comes as a highly unexpected event.  It is very likely the loss is the policyholders’ first experience with the insurance claim and loss adjustment process.  The policyholder is looking for guidance.  The unknown can create anxiety.  At the outset, either the assigned adjuster or the attorney retained by the subrogated carrier must explain to the policyholder that an investigation will be undertaken to determine subrogation potential and what that investigation will entail.  The subrogation claim representative assigned should explain that their investigation is not for purposes of determining coverage and that any fact questions asked of them by the origin and cause professional or subrogation attorney are not meant to blame or criticize, but are asked merely for information gathering.  For example, in product defect cases, it is not uncommon for the origin and cause professional to ask the policyholder about how they used or maintained the product.  Often, the policyholder may become defensive about what they did or did not do.  But if there is a common understanding on why the questions are being asked and that the insurance company needs to determine the origin and cause to place interested parties on notice of a potential claim, then the policyholder is typically more forthcoming.

It is best practice to bring all claims for liability and damages in the same action so that no one’s legal right or interest is waived without their express consent.

Another very important step that the subrogation claim representative must convey to the policyholder is the importance of preserving the loss site until the carrier’s subrogation investigation is complete.  If not fully explained, the policyholder will typically view this as an unnecessary delay and it can create tension between the policyholder and the carrier.  The policyholder typically has an interest in immediately repairing and replacing the damaged property, but the carrier has a right (typically contractual) to be allowed a reasonable amount of time to investigate the loss and invite other potentially liable parties to view the scene and retain mutually agreeable artifacts for further examination and testing.  In the profession, we know that this is done to minimize claims of spoliation, but the policyholder does not know that and it must be explained.

Lauren Nuffort has a national property subrogation practice representing claims of all types and sizes for insurance carriers. This includes claims arising from payments made under commercial property policies and homeowner policies. Lauren has successfully investigated, developed and resolved claims for carriers and their insureds involving fires, structural collapses, chemical reactions, and product defects.