When Should You Seek Workers’ Compensation?

Having an accident at work is usually something we do not expect will occur, and if it does, we never expect it to have dire consequences. 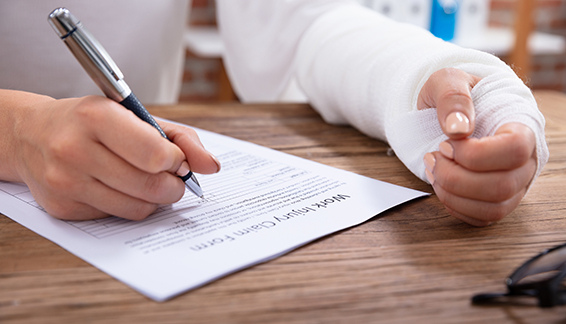 Unfortunately, for some, injuries do heavily impact their lives and legal action must be sought if the employer has not given the injured what they are entitled to.

When a worker is injured or killed while in the course and scope of their employment, they may bring a cause of action to protect their rights.

What has been your flagship piece of work in this field and how did you apply thought leadership to this scenario?

I had done criminal law previously, and it became my responsibility to take worker’s compensation cases. I went from a novice in this field to learning the best ways to help injured people and taking a full caseload. I developed a good understanding of how work injuries affect, not only the worker, but also their families. Workers’ compensation is a life rope, a way to pull a person out of a deep, dark hole.

Can you expand on when employees are entitled to worker’s compensation?

A person is entitled to worker’s compensation when they are hurt in the course of their employment while doing their job or any activity the job requires of them. If they are injured, they are entitled to benefits, depending on the severity of their injuries. Anywhere from medical treatment in the most minor of injuries to full total disability benefits.

In what instances can employees seek legal action?

When a worker is injured or killed while in the course and scope of their employment, they may bring a cause of action to protect their rights.

If an employee is terminated at or near the time of the injury, they generally have less to lose in pursuing the claim and pursue the claim for ulterior motives.

How complicated can the aforementioned process become?

Workers’ compensation can become extremely complicated, seemingly unfair, immensely frustrating and create financial hardships for injured workers.  Everything from the employer’s/employee’s relationship, age, gender, prior medical history, all have ways of creeping into some compensation claims.

When is pursuing a legal case not worth it?

If an employee is terminated at or near the time of the injury, they generally have less to lose in pursuing the claim and pursue the claim for ulterior motives.  The lawyers in my office who present classes to insurance companies and employers will tell them: take care of your employees, treat their injuries like it was your mother or your child that was injured and then perhaps they won’t call us for legal help.  That said, if the injury is serious with fractures or surgery you will probably need a lawyer, so be certain that the employer/insurer has one already.

Can you share your motivation for specialising in law?

My father, Alvin, spent his career in courthouses, but he wasn’t an attorney or a judge. After emigrating from Russia, he was a bail bondsman. He came from a place where there was not a lot of justice and always dreamed of being a lawyer. He told me being a lawyer and helping people would be the best thing I could do with my life. Practicing law is a way to bring justice and goodness to people’s lives.

What challenges came your way when pursuing your education in law?

In my first year of law school, I was newly married and had my first son, Andy. Having a new family while pursuing my education was challenging, yet very rewarding.

My name is Terry Crouppen, along with my partner Ron Brown I founded Brown & Crouppen in 1979. As a kid, I always wanted to be a lawyer. I must have watched too much Perry Mason on television. But the thing I got from those old shows was that lawyers could make things right. That lawyers sorted out the facts, revealed the truth and once that happened everything would be OK. At Brown & Crouppen we try to do this for all our clients. We try to represent them in a way that allows the truth about their accident cases to be revealed. At Brown and Crouppen we believe in the truth, we believe that once it’s revealed our clients will finally get the fair compensation they deserve.

The law firm of Brown & Crouppen, P.C., has practiced since 1979 in St. Louis, Eastern and Central Missouri, Kansas City and Southern Illinois. Our founders, Ron Brown and Terry Crouppen, along with a team of nearly 100 legal professionals, have built a strong reputation for success in personal injury, medical malpractice, workers’ compensation and Social Security Disability.