Corporate Social Responsibility: It Is not Merely a Compliance

CSR has evolved throughout the nation and has gone through many phases in India. Here we outline how there has been a shift towards stricter compliance and the possible impacts. 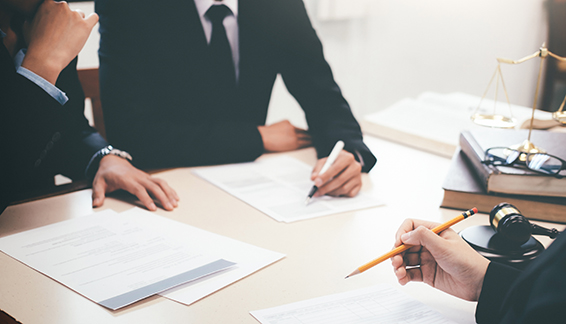 In 2009, the voluntary guidelines on Corporate Social Responsibility (“CSR”) were disseminated by the Ministry of Corporate Affairs (“MCA”). These guidelines were later included in the Companies Bill, 2011, that got promulgated as the Companies Act, 2013 (“Act”), and led towards the implementation of CSR provisions.

CSR has evolved throughout the nation and has gone through many phases in India. Not only the eligible companies, but all other corporates are trying to bring about a change in the current social situation in India in order to have an effective and lasting solution to the social woes. Corporates have been developing partnerships between themselves, not for profit organizations and the Government, in order to combine their expertise, strategic thinking, manpower and money to initiate extensive social change through CSR.

APPLICABILITY AS PER COMPANIES ACT, 2013

Such entities are required to spend, in every financial year, at least two per cent of the average net profits made during the three immediately preceding financial years.

Under the Act, every company and foreign company having a branch and project office in India which meets the following criteria during the immediately preceding financial year is required to comply with the CSR provisions:

Such entities are required to spend, in every financial year, at least two per cent of the average net profits made during the three immediately preceding financial years. Further, they are required to constitute a CSR Committee which shall formulate and recommend to the Board, a CSR Policy indicating the activities to be undertaken.

The Companies Amendment Act, 2019 (“Amendment Act”) has laid down a new crackdown provision revising the existing framework of CSR. The CSR regime is now no longer “comply or explain” but “comply or imprisonment”.

The Government by way of introduction of the Amendment Act, has an intention of bringing effectiveness to the CSR regime.

Now as per the Amendment Act, if the company fails to spend the prescribed amount in accordance with its CSR policy, the Board shall, in its report, specify the reasons for not spending such amount and transfer the unspent amount into a special bank account in the following manner:

The amounts transferred to the special bank account will have to be spent by the company towards the CSR projects in accordance with its CSR policy within three financial years from the date of transfer of the unspent CSR amount. Further, from the completion of the third financial year, the company is required to transfer the unspent amount in the special bank account into the specific funds set up by the Government.

The Amendment Act has also made CSR applicable on start-ups by clarifying that if a company has not completed three years since its incorporation, the amount to be spent on CSR will be equivalent to two per cent of the average net profits made by the company in, during such immediately preceding financial years.

The Government by way of introduction of the Amendment Act, has an intention of bringing effectiveness to the CSR regime.

Why Law Firms Should Embed Corporate Social Responsibility Employee Benefits and Perks: Is It on the Rise?

BACKGROUND TO THE AMENDMENT

The CSR provisions were introduced in the Act by the Government with a view to generating a conducive environment enabling the corporates to conduct them in a socially responsible manner. However, the corporates were failing to spend the required profits on CSR activities. The difficulties in implementation of the CSR provisions led to the approach of developing more stringent provisions for the defaulting corporates.

However, it appears that not all the suggestions made by the HLC have been accepted by the Government.

A high level committee (“HLC”) was set up by the Government to suggest measures for improving and monitoring the implementation of CSR policies.  Key recommendations of HLC included:

The recommendations made by the HLC in their report were made with a view to emphasize not treating CSR as a means of resource gap funding for Government schemes, but to focus on strengthening the overall CSR ecosystem and allowing eligible entities to have an advantage in spending part of their profits on CSR activities. Further, the HLC focused on allowing CSR expenditure to be aligned with tax saving as well as widening the scope of activities to be considered in spending the CSR expenditure. However, it appears that not all the suggestions made by the HLC have been accepted by the Government.

Once the CSR provisions are made effective by the Government it is important that the companies watch out and meticulously comply with the CSR requirements.

It is too early to assess the exact impact of the amendments in CSR provisions. Many industries have expressed their concerns over the penal provisions being introduced for non-compliance with CSR requirements under the Act and actions are being taken by the Government to further review the CSR provisions introduced by the Amendment Act.

Once the CSR provisions are made effective by the Government it is important that the companies watch out and meticulously comply with the CSR requirements. A substantial picture of compliance requirements will be clear once the corporates adopt the changes introduced in an absolute manner and in true spirit.

With a way to the introduction of provisions relating to carry forward of unspent CSR expenditure under the Amendment Act, reporting Indian entities might face challenges in disclosing the CSR details as may be required under the Act or to be made separately with the MCA under the prescribed forms and formats. It is yet not clear that how the MCA will track the unspent amount of CSR by the corporates in its database; it might come up with clarification to be added as a part of reporting requirements under CSR Rules or provide an amendment to its prescribed formats available for CSR reporting under the Act.

The firm, Clasis Law is a full service Indian law firm that is international in vision, scope, experience and capability. The core values of the firm include a high degree of legal expertise, commitment to excellence, efficiency, integrity, focus and client care, all of which guide each member of the firm, be it the partners, associates or staff of Clasis Law in their business dealings on a daily basis. With the in-depth expertise and know-how of the partners, together with highly trained teams, the firm is able to provide clients with bespoke solutions and exceptional service.