Can Law Save the Planet?

Should there be changes in law to save the planet? Here we see if any changes in legislation can help prevent climate change and whether making recycling mandatory could help. 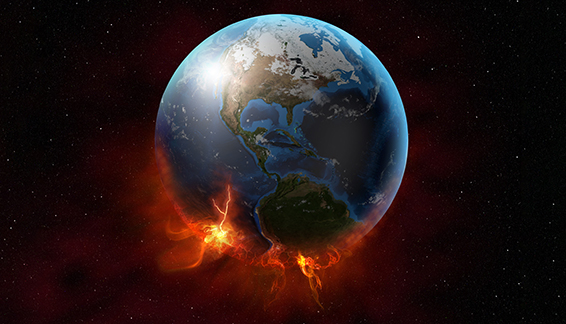 Earlier this month the news shone a light on the devasting fires which took place in the Brazilian Amazon rainforest, where scientists who used NASA satellites to track the blaze claim that the 2019 fire has been the worst the Amazon has seen since 2010. Why should this concern us? Because the Amazon is a vital carbon store that slows down the pace of global warming.

The rainforest has long been recognised as a repository of ecological services for the entire world, and is also the only rainforest that we have left in terms of size and diversity[1], but with the forest burning and with global warming getting worse as years go by, the impact of the Amazon fire leads to deforestation, an issue which continues undo fragile, coinciding ecological processes.

Leaders have promised to take action and were not shy to announce the changes that have been, or will be, made.

With sea levels rising and pollution and waste becoming a growing concern, avid environmentalists are pushing for action.

A few weeks after the Amazon reports, the global climate strike took place across various cities, where millions of people protested and urged leaders of the world to take more action into fighting climate change. This led to Greta Thunberg, the advocator that inspired the strike, shunning decision-makers across the world at the UN Climate Action Summit, stating “We are at the beginning of  mass extinction” and claimed that the world leaders are “failing us” and how “the eyes of all future generations are upon [sic]you”, looking for changes to be made.

Leaders have promised to take action and were not shy to announce the changes that have been, or will be, made. The BBC reported that[2]:

with the scale of the environmental and climate crisis today, environment law goes a little further.

Yet despite promises made by leaders, scientists continue to urge for more change, which brings me to the main discussion point: can the law save our planet?

Environmental Law – What Was the Point?

When environmental law first emerged, it was primarily concerned with procedural compliance; a lot of the laws were focussed around the permission needed to build a motorway, factories or housing blocks, or waste discharge thresholds, i.e., it was mostly preventive. But with the scale of the environmental and climate crisis today, environment law goes a little further.

As stated in Britannica[3] environmental law now ‘regularly operates in areas complicated by high levels of scientific uncertainty.’ This aspect of environment law, also known as the ‘precautionary principle’, requires that if there is a strong suspicion that a certain activity may have environmentally harmful consequences, ‘it is better to control that activity now rather than to wait for incontrovertible scientific evidence’[4]. This principle is the basis behind many laws today, such as the Endangered Species Act in the US and was even used in Australia’s argument to push Japan to take action on overfishing, especially with bluefin tuna[5].

Does Environment Law Do Anything?

Reducing water consumption and recycling instead of sending everything to landfills are ways in which we can use fewer natural resources for energy. but how can we ensure everyone does their part?

Such changes in law do have an impact. An example: an EU environmental agreement enacted when the UK joined the EU meant sulphur dioxide pollution fell in the UK by 89 per cent between 1990 and 2010[6] meaning more beaches met the clean standards than before. Evidence generally suggests that greater environmental progress is made on a wide range of fronts because of policies than would have occurred in its absence. In spheres as varied as air and water pollution, waste management and recycling, nature conservation, noise and impact assessment, [EU] measures have augmented or moved beyond previous measures[7].

Can Law Save Our Planet Now?

As previously mentioned, leaders across the globe are stating that they are trying to ensure carbon emissions remain at an all-time low. From congestion charges for those driving their car into already polluted areas, such as in London, UK, to the steady rise of clean energy investments (you can see a report of this here: https://www.lawyer-monthly.com/2019/10/how-is-clean-energy-investment-performing/ ), measures have been taken to tackle to transportation and energy contributions. Other concerns causing havoc for our planet is, as mentioned, deforestation and waste management.

Reducing water consumption and recycling instead of sending everything to landfills are ways in which we can use fewer natural resources for energy. but how can we ensure everyone does their part?

Should ‘not recycling’ be illegal?

Take the UK, for example. It is clear that the UK’s recycling policy is failing as UK waste continues to be transported to other European countries to be treated and disposed of, a method which has detrimental impact on the environment.  The onus to date for recycling has also been placed predominantly on the consumer and this policy has been effective, to a degree.

Speaking to Ceri Evans – National Programme & Student Affairs Director at The University of Law, she explains how plastic bag use in England has fallen by 86% (DEFRA 2017/8 figures) since the 5p tax was placed on the sale of plastic bags in shops.  However, a requirement only for consumers to recycle places a disproportionate pressure on local authorities and fails to place the onus on the polluter, in this case, the producer of the product.

The polluter pays principle has been accepted by most of the Western world as the overriding environmental principle.  And yet, the method of disposal (recycling or landfill) of most manufactured products remains with the purchaser of the goods, not the manufacturer.  It is this anomaly which appears to have led to an over-reliance by the Western democracies on landfill as its method of disposal rather than recycling.

“There are, of course, exceptions,” explains Ceri. “One of the most effective recycling schemes in Europe concerns electrical equipment and products.  At the turn of the millennium, it was recognised that some components of electrical products would soon become scarce; this scarcity resulted in the Waste Electrical and Electrical Equipment Directive 2012/19/EU.  This initiative sets collection, recycling and recovery targets for all types of electronic goods and a further restriction on manufacturers as to the material content of new electrical equipment via a separate Restriction on Hazardous Substances Directive.

“Recycling of electrical waste has now become the standard method of disposal of electrical waste (2009 Robinson, Ongondo et al 2011)][9].  This shows that a legislative requirement to recycle can work.  However, it must be remembered that this success may also have been driven by a scarcity in resources which doesn’t exist with respect to other products, for instance, plastic.”

Tackling waste and its environmental consequences undoubtedly requires the imposition of recycling targets, but these targets need to be shared by both the consumer and the manufacturer and at the heart of the recycling debate is the need to reduce waste in the first instance.

It is not out of the question to whether legislation will change in order to help save our planet.

It may not be welcomed with two arms, however. Such legislation, especially if consumers were to be fined if they defied the regulations in place, strike controversy. Some may argue whether or not they are impeding on personal rights and a citizen’s right to do what they want with their own private property, or whether it will impact the poorer if fines were substantially high.

Should recycling be made a legal requirement?

It is not out of the question to whether legislation will change in order to help save our planet. After all, the impact of our carelessness will be a detrimental dent in our ecosystem that has not only destroyed species today, but will continue to do so, impacting our planet and our descendants. If that means little acts such as recycling becoming a legal requirement, it could push our planet to be saved sooner rather than later.

And as environmentalist Greta Thunberg aptly put it: “You are never too small to make a difference”.

F.O. Ongondo, I.D. Williams, T.J. CherrettHow are WEEE doing? A global review of the management of electrical and electronic wastes

B.H. RobinsonE-waste: an assessment of global production and environmental impacts