The next steps and lessons learned from the latest chapter in the dispute between Amgen and Sanofi: What does it now take to patent an antibody? 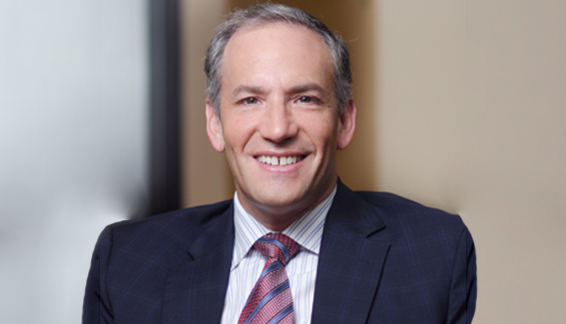 Biologics are an increasing share of the pharmaceutical market, and many of them are monoclonal antibody drugs. For broad claims to such antibodies, satisfying the written description and enablement requirements is becoming more difficult, as can be seen in an ongoing patent dispute between Amgen and Sanofi for their monoclonal PCSK9 inhibitor antibody drugs for lowering cholesterol.

Amgen and its PCSK9 rivals Sanofi and Regeneron have been battling over their US patents for years. Here we discuss the most recent developments in that dispute.

In October 2014, Amgen asserted its REPATHA patents against Sanofi’s PRALUENT.

When did it all begin?

In October 2014, Amgen asserted its REPATHA patents against Sanofi’s PRALUENT. In March 2016, a jury found the patents valid. The court issued and then stayed a permanent injunction against marketing PRALUENT. Sanofi appealed and the case was remanded for a new trial on written description and enablement. Amgen Inc. v. Sanofi, 872 F.3d 1367 (Fed. Cir. 2017). Amgen sought en banc rehearing and Supreme Court review; both were declined.

To claim a genus, while disclosing only species of that genus, the written description requirement includes two tests: the representative species and structural features tests.

Because satisfying the representative species test was sufficient to find validity under written description, the Court did not address the Common Structural Features Test.

The Court found the jury verdict was supported by evidence that the disclosed antibodies were representative of the genus. Experts testified that three-dimensional structure is the appropriate metric for comparison and the three-dimensional structures of the disclosed and the competitor antibodies are similar. Even if the amino acid sequence is the appropriate metric, testimony of 80% sequence similarity between Amgen’s and the competitors’ antibodies support finding structural similarity. There was also testimony of functional similarity; the disclosed antibodies blocked PCSK9 binding to LDLR through various binding interactions, while binding to different residues across the “sweet spot”, where PCSK9 binds LDLR.

Because satisfying the representative species test was sufficient to find validity under written description, the Court did not address the Common Structural Features Test.

Enablement, separate and distinct from written description, assesses whether “one skilled in the art … could practise the claimed invention without undue experimentation.” Factors considered include: (1) quantity of experimentation necessary, (2) amount of direction or guidance, (3) presence or absence of working examples, (4) nature of the invention, (5) state of the prior art, (6) relative skill of those in the art, (7) the art’s predictability or unpredictability, and (8) claim breadth. The full claim scope “is not enabled when there is an embodiment within the claim’s scope that a person of ordinary skill … would be unable to practice without undue experimentation.”

For patents claiming a broad genus while disclosing only species of that genus, the specification should disclose a sufficient number of antibodies to represent the structural diversity of the genus and sub-genus.

In view of the above factors, the Court concluded that undue experimentation would be required to enable the claims given that:

However, the ground has shifted and practitioners should be cognizant and appreciative of the scientific predictability of the subject that is being claimed.

Notwithstanding the outcome of any appeal, we can say the following about the defence and prosecution of antibody claims.

For patents claiming a broad genus while disclosing only species of that genus, the specification should disclose a sufficient number of antibodies to represent the structural diversity of the genus and sub-genus. In addition to amino acid sequences for antibodies disclosed, when available, three-dimensional structural data for them and their binding to the epitope should be provided. In addition to broad genus claims, claims should also be drafted that are as narrow and directed as possible. The number of antibodies within the scope of the claims should not be so large in number (“millions”) and, to the extent possible, should be able to be made through intelligent substitution, rather than by trial and error. Furthermore, the number of antibodies needing to be tested to determine whether they are functional and fall within the claim scope should be kept as small as possible. The patent should also provide significant guidance or direction to a person of ordinary skill in the art. For instance, the working examples should teach how to predict from an antibody’s sequence whether it will exhibit the claimed properties (e.g., binding characteristics). The experimentation necessary to enable the full scope of the claims should take as little time and effort as possible.

Finally,  even the Court notes, Amgen will likely appeal the ruling invalidating the disputed claims for lack of enablement. Accordingly, in order to understand the full effect of this ruling, it will be necessary to wait until the likely appeal is decided by the Federal Circuit. However, the ground has shifted and practitioners should be cognizant and appreciative of the scientific predictability of the subject that is being claimed.

Our professionals aree educated in the leading legal and scientific institutions in the world and are versed in many languages. They bring years of experience and varied professional backgrounds from biglaw, in-house legal departments, academia and multiple industries allowing us to tackle the legal challenges our clients face from both a business and scientific perspective.