What Is the Difference Between State and Federal Cases?

Earlier this month, we spoke with David Joffe, an attorney that handles both state and federal cases. Below, he explains the difference between the two, how to get around cases which typically favor the government, and how being your client’s ally gets positive results. 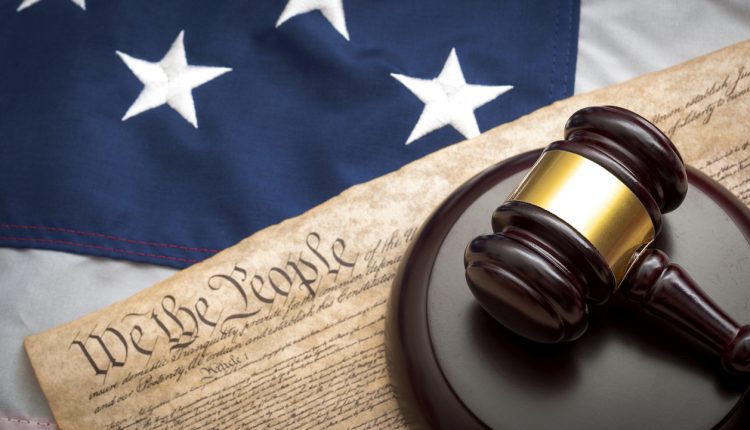 What are the major differences between state and federal cases and how do you handle these cases differently?

I will start with state court cases. State court cases can sometimes be more work. In Florida, you can take depositions where the state lists witnesses which are categorised as A witnesses, B witnesses or C witnesses. A and B witnesses can be deposed, but often witnesses do not show up for the deposition, leaving it to be rescheduled. I have just recently left Miami on a case that is three years old, but the officers have failed to appear many times, close to six or seven times.

Typically in state court, especially in Florida’s case, the amount of pending cases is astronomical; the judicial system in Florida is in a real hitch because they are consistently underfunded. There are not enough resources in the court to be able to handle everything efficiently, which is an ongoing issue.

Federal cases are a much cleaner and efficient practice – the US court judges have the help of the US magistrates who work underneath, but with them, to handle a lot of the pretrial motions and hearings. In essence, they do a lot of the work that is required to get a case ready for trial. They are fewer cases in the federal system and the process is different: there are no depositions and the rules are set up to favor the government – from start to finish. It is ‘trial by ambush’ which I like because it forces you to think on your feet and forces you to be hyper-focused for trial.

Another difference between federal cases and state cases is that everything is driven by the United States’ sentencing guidelines.

I just had a federal trial court case that resulted in the client looking at five years, rather than the original 20+ years, which was a good resolution for that case. Was I happy with it? I would have preferred my client to not have gotten any time at all, but in the scheme of the federal guidelines, that was a very good outcome.

Another difference between federal cases and state cases is that everything is driven by the United States’ sentencing guidelines. The guidelines are no longer mandatory, they are advisory and created by the US Sentencing Commission; they take into account the person’s prior criminal history, the type of case it is, whether it is driven by the amount of monetary loss, or driven by the number of drugs involved in the case, or the number of people involved in the case (etc.). Everything gets adjusted depending on the offence, so you really have to know the guidelines in order to handle everything accordingly. You also have to be prepared for sentencing which is another different skillset, (you have to prepare your client etc.), so there are several different aspects to consider depending on whether you are working on a federal or state case.

You mentioned how in federal cases it is often set up to favor the government; how do you work when you are on federal cases to gain the best results for your clients? Do you have a process that you undergo?

The first step is to interview the client. I personally don’t really ask whether the client did whatever it is they are charged with at this point, as I do not need to know that. I need to get to know them as an individual, as a person and I need to understand their relationship to the case and if there are other people involved. I then need to understand the relationship between my client and those other individuals, not whether they are family (even though that exists) but in terms of the case itself, who did what, when, where and why.

We then undergo the discovery process – which is usually provided by the government. I provide copies of the discovery to the client and ask them to review it. We then review it together – audios and visuals -; for many cases, we don’t get the images and we have to go through the agents’ office to view those, which can be unpleasant, but it is part of the job. In order to get further information to build my client’s case, we have investigators that go out as we cannot take depositions in the federal system (it can be requested but it is routinely denied), to attempt to speak to government witnesses and other related witnesses. It is hit or miss whether they will speak to the investigators; sometimes they won’t, as they are not required to.

Another way of getting around the lack of depositions is filing for a pretrial motion once you go through the discovery; this forces the government to respond in writing to give up more information about their cases. Filing a motion that forces a hearing, either in front of the US magistrates or the district court judge again forces the government to bring in an agent, – typically not the main case agent, as they don’t want a person subject to cross-examination prior to the trial that is peripherally involved. You get the opportunity to cross-examine that agent at the hearing, which is a way of getting around not having a deposition or minimal discovery. You can order a transcript of that hearing as well which you can then use for pretrial motions. You can also use that for the purposes of the trial and cross-examination as well as plea negotiations or even sentencing.

When would you say is the right time for a client to consult an attorney related to white-collar crime charges?

All in all, by going to someone early the lawyer can begin to prepare and get a better handle of what is happening and better advise the client, not only on what to do, but in terms of getting the case ready for trial.

I would say immediately, once they learn that something may be in the wind. It is always good to communicate with a lawyer that has experience with these cases, even if it just a phone call or to set up an appointment to establish the relationship, so if something does happen or progresses you can move quickly. I have people that retain me at this juncture so that they no longer have to interface with the case agents who will know that the client is represented by counsel and therefore, can not communicate with them directly. A lot of people think ‘I am innocent, I have nothing to hide’ and they may speak to law enforcement, leaving them locked into their statement which can then be used against them. Don’t be naive. Federal agents typically all have college degrees, maybe even masters and doctorates, and many themselves are lawyers. They are also extremely well trained at making people feel comfortable and getting them to speak. The best thing for the accused to say is ‘thank you, but no thank you. Let me have your name and your contact information and I will have my lawyer communicate with you’. That is really one of the main reasons why it is important that you consult an attorney as soon as possible.

All in all, by going to someone early the lawyer can begin to prepare and get a better handle of what is happening and better advise the client, not only on what to do, but in terms of getting the case ready for trial.

You have been AV rated for 15 years, what would attribute this success to?

I think a hard work ethic. I have a reputation for sometimes working seven days a week which, admittedly, is not healthy, but having a strong presence in court and representing and fighting for the client in their best interest is important. A lot of times you are the only one there in court standing up for your client and it is easy for someone to accuse another person and for the public to throw stones; many times, the media portray you as guilty just because you are charged and I know from experience that that is not true.

Communication with clients is also important and providing them with the good, the bad and the ugly. Sometimes as a lawyer, you are hesitant to do that but it is necessary and providing clients with the upsides and downsides of pleading guilty and the upsides and downsides of going to trial and the process to them is key. I take them to other trials so they can sit in and see how things work, so they are fully aware of what to expect in their case. Essentially, in order to be successful, you really ought to partner with the client, be their ally and their advocate.

I have been an attorney since 1989 and have been practising for around 31 years. I started out in the Public Offender’s Office and then went into private practice, doing traffic tickets and DUIs, misdemeanour and felony cases.

I then began to do a lot of CAJ work (criminal justice act work), whilst also undertaking state cases. I have handled over 1000 cases over the past 30 years and really got into federal cases.

From doing court-ordered work, I ended up doing a lot of appellate work, including, writing briefs and filing them. I probably have done about 20 or more oral arguments before the 11 Circuit Court of Appeals; most of them have been in Miami, but I have conducted some in other states too. As a result of that, I have handled federal cases in other states and have done a lot of appellate post-conviction work in other jurisdictions throughout the United States.