Why Companies Must Be Better Prepared for Whistleblowing

The first call you take about a whistleblowing allegation could be from a journalist. With EU law changing the rules about exposing corruption, firms need to be better prepared and aware of what is occurring at their company. 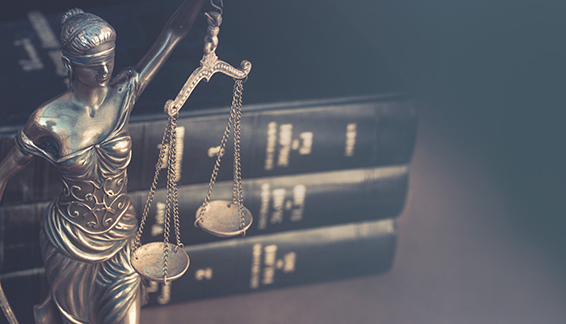 Speaking to a number of whistleblowers at a recent event in London, two things occurred to me. Firstly, those who had blown the whistle on former employers felt that their careers in that industry were effectively over. And, secondly, despite whistleblowers risking their livelihoods to expose wrongdoing, they felt that the organisations in question had not learnt from the ordeal by making a safer, simpler or more trusted system for people to come forward in the future.

So, if revealing wrongdoing leaves the reputations of organisations and whistleblowers in tatters, is there a better way?

The gamechanger may have arrived. The news will have likely gone unnoticed by many, but companies need to know, and they need to be prepared.

For the first time, those who seek to expose corruption, tax evasion and a range of other crimes will be protected under European Union law, under rules agreed by member states earlier this year. The new rules represent a huge shift in an area previously left to the discretion of each of the 28 EU member states – resulting in no protection at all in some countries.

No general counsel wants to be first told about an alleged crime at their company by a news reporter.

Companies will not be able to rely on internal red flags before allegations hit public bodies or even the media. Lobbying efforts to require whistleblowers to raise concerns internally first before going to a public body proved unsuccessful and were not adopted in the final agreement. Instead, proponents for stronger protections successfully argued that this would compromise the anonymity of those raising the issue of misconduct and that they should be protected against potential retaliation, whether they go first to the company or straight to a public body.

What’s more, if authorities do not take the appropriate action after an initial report, whistleblowers can choose to make their allegations public, including in the press, and remain protected against reprisal under the new rules.

Firms can make internal reporting as safe and as easy as possible, but an employee does not have to take this route and they will maintain legal protection against retaliation by their employer.

ut even if organisations cannot prevent public allegations of whistleblowing, there are steps they can take to ensure any damage to their reputation is limited in the process.

No general counsel wants to be first told about an alleged crime at their company by a news reporter. Not least of all because, if a journalist calls, there is a good chance that it has already been reported to the authorities.

But even if organisations cannot prevent public allegations of whistleblowing, there are steps they can take to ensure any damage to their reputation is limited in the process. Given many firms will now be looking at how they can improve mechanisms to support internal whistleblowing, they would also be wise to put in place robust plans for when an allegation is made in public.

The biggest part of this is having the right team. In our experience, organisations are better placed to positively handle whistleblowing allegations when they have people around them who have seen both sides of the equation: people who have advised companies on how to resolve such an incident but who have also supported whistleblowers themselves. That means having a team of internal and external lawyers on standby, as well as the supporting IT and communication experts who can help manage the fallout when the story goes public.

It would be a mistake to think that the new rules will make whistleblowing easy.

Whistleblowing remains a contentious and varied issue across the globe, with states falling into two camps when it comes to dealing with the issue: protect whistleblowers or reward them.

The picture in Europe remains seas apart from that of the United States, where the Securities & Exchange Commission (SEC) can award individuals a significant proportion of funds recovered as a result of whistleblowing. The SEC has awarded more than $320 million to 57 individuals since issuing its first award in 2012, including a record-breaking $39 million to a single whistleblower in September 2018.

It would be a mistake to think that the new rules will make whistleblowing easy. Anyone who has worked with whistleblowers can testify to the courage it takes to expose misconduct, and to the professional and personal turmoil involved from which many whistleblowers, sadly, never recover.

The decision to report wrongdoing is never taken lightly. There is no question that, as EU states implement extensive new rules to protect whistleblowers, companies also need to make sure they have the teams in place to manage serious allegations and protect their reputation, wherever an allegation is first aired.

Matt’s fascinating route into communications began at the sharp end of understanding public
opinion and sentiment.

He began by running polling and focus groups around highly sensitive areas of corporate
reputation, public engagement and policy at one of the UK’s leading polling firms.

From there he moved into international strategic communications, using his insights to advise
corporate and Government clients in environments typically involving a high degree of
political, regulatory and legal scrutiny.

He has brought to the Pagefield Global team experience of advising on complex matters such
as inter-state diplomatic disputes, restructuring issues, preventing the expropriation of
company assets, political branding and political and media engagement for companies and not-for-profit organisations.

Pagefield Global are a driving force in changing how businesses and lawyers approach legal disputes. They support their clients through disputes to help deliver the best outcome, and ensure that when the dispute is over, their clients move on from the strongest position possible.