Why Are Customs Authorities Issuing Decisions They Can’t Back Up?

Svetlomira Zhelyazkova speaks about how customs puts pressure on firms and the issues she sees occurring on a daily basis. 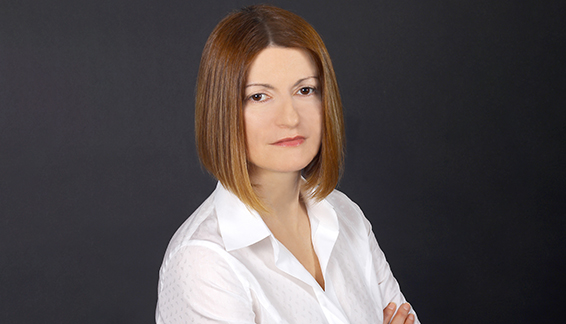 Throughout my two-decade career in the field of Customs Law, I have noticed the indirect, but strong and effective impact that customs authorities could have on the economic activity of individual organisations and what’s even more impressive – on entire branches of a given country’s economy. As a state authority, one of the customs’ functions is to apply precautionary duties aimed at protecting EU business owners from third-country business owners but their powers don’t stop here. In some cases, their powers could allow them to ‘displace’ some organisations from the market or ‘substitute’ others. Before I delve deeper into the topic, I’d like to note that this article is based on real cases I have witnessed and worked on during my career.

Any company which has released goods from customs in the past knows the formalities that need to be fulfilled, one of which is the completion of a customs declaration. The document, which at first looks daunting and incomprehensible, contains information about the goods and the declarant’s wish for a customs regime to be placed.

Understandably, customs authorities are expected to check the declaration and the information that has been filled in. However, things become somewhat questionable when you find out that the authorities are allowed to reject the declared information and replace it with new information which they find more suitable. One of the most notable interferences in customs declarations relates to customs value or the total value of all items in a shipment which determines how much import duty the package recipient must pay. It also includes specifications connected to the type of transport used.

This is where a conflict between business owners and customs arises – the former trying to defend their businesses and the latter trying to stay in line with EU’s financial reporting and budget guidelines.

Customs authorities have the right to not accept the declared customs value and replace it with a value that a different company has declared when importing goods in the past. If asked, they can reason their decision by explaining that the value you’re declaring is unusually low for the types of goods you’re importing. This argument contradicts all commercial practices, as the goal of every single trader is to secure the lowest price possible. However, the economic objectives of customs are different – the higher the customs value is, the more customs and VAT will be collected because they are part of this combined value. This is where a conflict between business owners and customs arises – the former trying to defend their businesses and the latter trying to stay in line with EU’s financial reporting and budget guidelines.

In order to do their jobs properly, customs authorities tend to, in some cases, increase the customs value, arguing that the importer is not presenting indisputable evidence which can back up the declared goods’ price, despite the fact that they have presented all required documentation. It is common for customs to ask the importer to present an export declaration for goods, which is something that is typically submitted by the person sending the goods, so asking for it is absolutely illogical and unreasonable. All in all, most of these situations end with customs’ conclusion that the customs value cannot be proven, which is followed by a decision to increase its value through searching their database for goods of the same origin, but with higher customs value. One thing that should be noted though is that the given EU country’s court has no direct access to this database.

Due to the Community Customs Code’s relatively good legal framework and its regulations, most litigation cases arising from the aforementioned disputes end up in favour of the organisations whose customs value has been increased, as customs authorities’ ‘suspicions’ are not a good enough reason to challenge the declared customs value. However, despite this ruling, once the case has been taken to court, a new value still needs to be determined and unfortunately, progressing on this could be a very mundane procedure that rarely gets resolved.

The question that naturally arises is: Why are customs authorities issuing decisions which they can’t back up and the court rules against and why does this put pressure on business owners? And the answer to that is relatively straightforward – when issuing the decision, customs authorities do not exempt the goods until they receive a deposit which is typically higher than the duties and VAT in question, Meanwhile, a litigation proceeding can last for up to a whole year.

This is how the customs ecosystem works when authorities decide to make your import experience a nightmare.

You don’t need to be an economist to understand the following figures – for example, a company that imports 20 containers of goods a month and is ‘disliked’ by customs authorities because they consider its customs value to be too low must pay the deposit on the higher duty and VAT for a year until the initial court proceedings are over. Typically, not that many organisations are able to keep up with paying this, so in most cases, they either agree on the suggested higher customs value as they don’t want to go to court and can’t afford to pay the fees that come with it, or they begin their battle in court, accepting that they’ll need to pay the deposit for at least six months.

As mentioned, the court does indeed tend to rule against customs authorities’ unjustified decisions, however, business owners who can’t make it to court due to their inability to pay for the fees that come with it end up agreeing to the higher customs value, which adds to the value of the goods, making it difficult for them to then beat competitors’ prices. On the other hand, companies that end up going to court are also faced with difficulties as customs can sometimes take a long time to release their goods for intra-EU trading because determining the new customs value and the document exchange stage could be a lengthy process. I have noticed that it’s only big corporations that have sufficient financial resources and enough employees to go through the piles of documents that survive in these scenarios.

The interesting thing to note and explore is how customs authorities decide that a given customs value is unusually low.

This is how the customs ecosystem works when authorities decide to make your import experience a nightmare. This could result in a number of issues for the importers – from a shift in the market, through to diminishing trade volume due to reduced competitiveness and the inability to continue trading the specific type of goods. Sadly, the so-called “free movement of goods” is actually free only within the EU’s pricing and quantitative policy.

The interesting thing to note and explore is how customs authorities decide that a given customs value is unusually low. According to their volumes of work, different traders can negotiate different prices for the exact same product. On top of this, the value can also depend on the trader’s reputation, brand and the quality of the product – things that customs authorities do not take into account.

The European Anti-Fraud Office is an administrative authority which is meant to protect the European Union’s financial interests and deal with similar cases in which customs authorities abuse their powers.

Similarly, the origin of the product can have an impact on its value. It is something that needs to be added to the customs declaration and denying a specific origin could have serious financial consequences. There are cases in which customs authorities refuse to accept the declared origin of goods coming from a country where anti-dumping measures do not apply and change the origin of the items in the customs declaration to a country where anti-dumping duties are being applied. These duties tend to be very high (they can often exceed 100% of the value of the goods) and importers are understandably not happy when asked to pay the tariff.

The European Anti-Fraud Office is an administrative authority which is meant to protect the European Union’s financial interests and deal with similar cases in which customs authorities abuse their powers. The general conception is that the administrative body spends public money to serve corporate interests, but more on this in my next article for Lawyer Monthly.