The Court of Appeal has recently provided a reminder of the importance of pursuing and exhausting alternative dispute resolution remedies to try to resolve a dispute before going down the judicial review path. that failure to do so can have huge costs implications for clients. 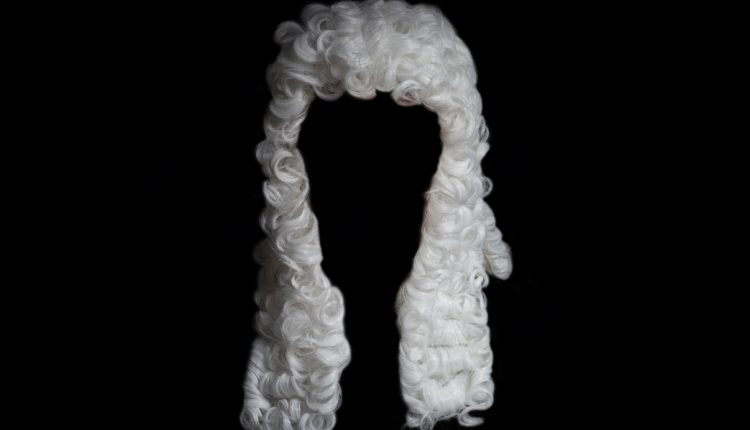 Here Lawyer Monthly hears from Patrick Cannon, a leading SDLT and tax appeals barrister, who explains that professional advisers whose enthusiasm for a judicial review overrides their better judgment, risk professional embarrassment if they fail to advise clients to pursue alternative remedies first.

The case is R (on the application of Mrs Archer) v HMRC [2019] EWCA Civ 1021 and it involved a claim by Mrs Archer to recover the costs of her judicial review proceedings concerning an accelerated payment notice or “APN” issued to her by HMRC in 2014. The APN required the payment of £6,116,598.95 tax in respect of a tax scheme she had deployed in order to avoid tax on a capital gain of £15.3m in the 2005/06 tax year. Under the APN regime, there is no right to apply to HMRC or to the tax tribunal to postpone payment of the tax demanded. However, section 222 of Finance Act 2014 allows the taxpayer to make representations to HMRC objecting to the APN and/or the amount demanded if the taxpayer believes that the statutory conditions for issuing the APN were not met or the amount shown in the notice is incorrect. Payment of the tax demanded by an APN is normally required to be made within 90 days of the issue of the APN, but if representations are made under section 222, payment of the tax is then postponed until 30 days after HMRC respond to the representations, assuming that HMRC then either confirm the amount specified in the APN or amend the notice to specify a different amount. Mrs Archer’s APN was issued on 4 November 2014 and the 90 days for payment of the tax ended on 5 February, 2015. Yet less than four weeks after the issue of the APN, the legal services department of KPMG wrote to HMRC on 28 November, 2014 stating that they would be applying for a judicial review and that they would be sending a copy of the sealed claim form when it had been issued by the Administrative Court. In fact, the claim form was issued on the same day although not served on HMRC until 2 December, 2014. The statement of facts and detailed statement of grounds were settled by David Goldberg QC.

KPMG then made representations under section 222 of Finance Act 2014 but not until two weeks after service of the judicial review claim form.

On 22 December, 2014, HMRC withdrew the APN, but in their defence against the judicial review, said that (1) KPMG’s letter had failed to comply with the pre-action protocol for judicial review and in any event was written on the date the claim form was issued; and (2) the claim was premature because Mrs Archer had not exhausted her statutory remedy under section 222 of Finance Act 2014.

It was argued on behalf of Mrs Archer that HMRC should pay the whole cost of the judicial review because Mrs Archer had been fully successful in her claim. Total costs were put at £601,552.20, including that of Mrs Archer’s husband who had faced a similar APN. This level of costs was described by the judge hearing the original costs application as extra-ordinary, particularly as there had been no detailed preparations at that stage for a trial.

The Court of Appeal’s Decision

The Court of Appeal dismissed the claim for costs. Henderson LJ held that Parliament must have intended taxpayers to take advantage of section 222 Finance Act 2014 before having resort to judicial review. Judicial review is a remedy of last resort and the facility to make representations to HMRC under section 222 provides a relatively cheap and simple way for a taxpayer to challenge an APN without resorting to the Administrative Court.

Indeed, it was all but self-evident that section 222 was intended by Parliament to provide the primary recourse for challenging an APN. The time for bringing a judicial review application should in practice not begin to run until the section 222 procedure had been completed. The danger in the way KPMG had proceeded was that very considerable costs may be incurred in preparing for a judicial review when the whole point of section 222 is that it may lead to a result which makes legal action unnecessary.

A further ground to refuse costs was held to have been the litigation conduct of Mrs Archer’s advisers. No serious attempt was made by KPMG to comply with the pre-action protocol for judicial review. Indeed, HMRC were presented with a fait accompli on 24 November, 2014 instead of being given time to respond. Far from using judicial review as a last resort, KPMG had employed it as the first line of attack and the very substantial costs of preparing the proceedings had already been incurred.

“The importance of this appeal is that it illustrates that, even in disputes between public authorities and the members of the public for whom they are responsible, insufficient attention is paid to the paramount importance of avoiding litigation whenever this is possible. Particularly in the case of these disputes both sides must by now be acutely conscious of the contribution alternative dispute resolution can make to resolving disputes in a manner which both meets the needs of the parties and the public and saves time, expense and stress.”

“This case will have served some purpose if it makes it clear that the lawyers acting on both sides of a dispute of this sort are under a heavy obligation to resort to litigation only if it is really unavoidable. If they cannot resolve the whole of the dispute by the use of the complaints procedure they should resolve the dispute as far as is practicable without involving litigation. At least in this way some of the expense and delay will be avoided.”

Archer is a salutary reminder of the importance of this judicial guidance and that legal advisers should not use judicial review as a first or concurrent line of attack, and if only in the interests of their clients, they should exhaust all alternative dispute resolution avenues, including mediation, first. The extra-ordinary irrecoverable costs bill run up in Archer illustrates the risk of failing to follow this principle.