Can You Be Fired for Being Sick?

The next of our employment law series with Phillips & Associates we focus on whether or not you can be fired for taking sick leave. 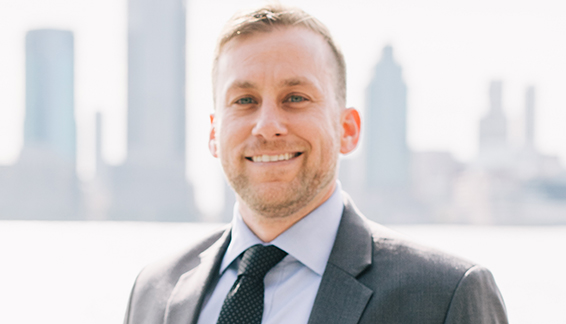 In what cases can you be fired due to sickness?

New York is an at-will state, so employees can be fired for any legal reason: a good reason, bad reason or no reason.  This generally includes being sick.  However, if an employee’s “sickness” constitutes a disability, anti-discrimination laws may apply.

For example, federal law defines a disability as a physical or mental impairment that substantially limits one or more major life activities.  By contrast, in New York, employees do not need to demonstrate that a major life activity is affected by their disability.  New York State law defines a disability as a physical, mental or medical impairment which prevents the exercise of a normal bodily function.  In New York City, the protections are even broader, defining a disability as any actual and/or perceived physical, medical, mental, or psychological impairment.  Once an employee is designated as disabled under federal, state, or local law, employers will face bigger challenges when firing someone due to sickness.

Firing someone for being sick can constitute a wrongful termination if an employee’s sickness rises to the level of a legally defined disability.

Therefore, if an employee’s sickness falls under one or more of the definitions of a disability, an employer usually cannot simply fire him/her for that sickness.  But if the sickness does not qualify as a disability, at-will employees can be fired for being sick with little legal recourse.

In what cases is it wrongful termination?

Firing someone for being sick can constitute a wrongful termination if an employee’s sickness rises to the level of a legally defined disability. Also, under federal law, if a disabled employee requests a reasonable accommodation, an employer must demonstrate that accommodating a disabled employee would impose an undue hardship on the business’ work operations.

What laws protect employees from being fired?

The federal laws are the Americans with Disabilities Act and the Family and Medical Leave Act (“FMLA”).  In New York, the New York State Human Rights Law and the New York City Human Rights Law may protect employees from being fired for being sick (again, only if the sickness constitutes a disability under the law).

Some jurisdictions have laws that are much more employee-friendly than others.

What are the requirements companies must meet when their employee is sick? Are employees entitled to sick leave and sick pay?

The FMLA allows eligible employees take up to twelve weeks of protected, unpaid sick leave.  However, only serious medical conditions are covered.  These treatments may include cancer treatments, asthma, diabetes, epilepsy, and mental illnesses.  This law generally requires employers to hold an employee’s position for the duration of their qualified medical leave and employers cannot fire an employee solely for taking FMLA leave.

By contrast, Pennsylvania state law does not require its employers to provide any paid or unpaid sick time to its employees.  Instead, sick leave is considered a discretionary benefit.  So, where New York City employers are required to provide eligible employees sick time, Pennsylvania employers are not bound by any state rules requiring sick leave and pay beyond the protections of the FMLA.

What compensation can employees gain if their case is successful?

The amount of a jury award varies and is based on several factors such as whether an employee was promised any bonuses or additional money prior to being terminated, how long a person remains unemployed after being terminated, how the employee was emotionally and/or physiologically impacted by the termination, and any other collateral consequences associated with the firing.

Jesse Weinstein is a Litigation Associate at the law firm of Phillips & Associates. Mr. Weinstein worked as an Assistant District Attorney at the Bronx County District Attorney’s Office for three and a half years prior to joining Phillips & Associates. As a prosecutor, he gained substantial trial experience as first-chair counsel in several jury and bench trials. Mr. Weinstein also led complex investigations and conducted dozens of hearings and grand jury presentations.

Mr. Weinstein also served in the United States Navy for four years as an Operations Specialist in San Diego. After his military service, he graduated magna cum laude from Pace University with a Bachelor of Science in Criminal Justice and a minor in Political Science. While at Pace University, he was president of the Student Veterans Association and a tutor of high school students. He graduated with a J.D. from American University Washington College of Law in Washington, D.C. in 2015. During law school, he served as a legal intern at the United States Department of Justice in Arlington, Virginia. Additionally, he was the Editor-In-Chief of the law school’s Journal of Gender, Social Policy & the Law. He also worked as a maritime law firm’s summer associate.

Mr. Weinstein is dedicated to securing justice for workers who are dealing with misconduct such as workplace discrimination.

7 Important Employment Laws You Need To Know About