A campaign by Grosvenor Casinos has revealed the micro‐expressions and signs to look out for when trying to hire the best lawyers. 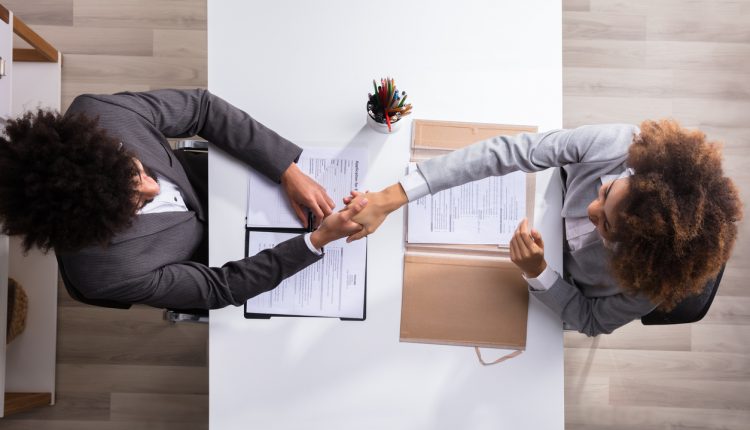 Trust is an intrinsic part of building a healthy and fruitful relationship with your lawyer, and so time, care, and due diligence needs to be taken when hiring one.

Game Face, a recent study by Grosvenor Casinos, revealed how to read other people by observing body language signals and split-second micro-expressions. That focussed on playing poker, and although interviewing someone to become your lawyer is obviously different to sitting around a poker table, it can also sometimes feel like a bit of a gamble. The principles surrounding body language are one and the same.

You need to be certain this individual not only has the confidence and capability of handling your case, but is somebody that you feel comfortable with, and can be relied upon when you need legal advice.

A lawyer who lacks self-confidence is doomed to fail, and so it’s essential you know how to detect self-doubt when probing them with questions. Here are a few things to look out for when you have your potential attorney in the hot seat according to body language expert Robert Phipps.

You probably don’t need to be told good eye contact is a crucial indicator of confidence. However, be aware to look out for signs of bluffing. Someone who is naturally confident won’t have a problem looking you in the eyes while speaking, but it’s not uncommon for someone who’s faking confidence or honesty to overdo it.

When it comes to telling the truth, most people will naturally look up to their left when recalling visual memories. However, when a person looks up to their right, this is often a sign they are exploring their imagination for an answer, and therefore could well be lying.

Posture can tell you a lot about how someone is feeling at that exact moment in time. If someone is slouching as opposed to being upright, they may be lacking in confidence or, worse, lazy. When it comes to how someone walks, a wider gait is typically a sign of confidence. Again, look out for anyone overdoing this as an over-confident person can be quite the opposite.

We often hear people say you hold your head up high with pride and lower it with shame, and there is, of course, a reason for that. Confident people tend to keep their head either horizontal or slightly raised, whereas self-doubters will lower their head.

Fidgeting is a sure-fire sign someone is feeling insecure. Look out for jiggling feet and legs, which can show that a person is wanting to get up and move away from a stressful situation.

Micro-expressions can last for less than a quarter second before the person in question has a chance to adopt the expression they want you to see, and we have no way of stopping them because they happen subconsciously. To spot them, make sure you’re watching your interviewee closely when you go in for those killer questions.

If your would-be lawyer suddenly begins using overly animated hand gestures that seem to be out of sync to what they’re saying, they could be trying to sell you a fib. This happens because liars will often use their hands to fill in the gaps, while they access their brain to try work out a story.

Finding the right lawyer first time will save you the hassle and money associated with having to fire and re-hire later down the line, not to mention any mistakes they might make. Being aware of negative and positive body language will give you the upper hand when it comes to making your decision, enabling you to gauge if someone can really cut the mustard as a competent lawyer.