Whether the Serious Fraud Office (SFO) is value for money is a question that is being asked following developments that could give ammunition to its detractors. 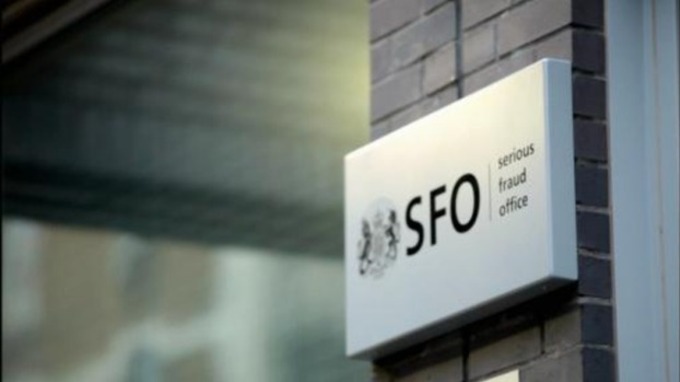 Here, Aziz Rahman of business crime solicitors Rahman Ravelli considers criticism that the SFO may not be offering value for money and wonders whether the problem goes beyond the balance sheet.

The SFO recently announced that it has dropped investigations into Rolls-Royce and drugs manufacturer GlaxoSmithKline, citing either insufficient evidence or that it was not in the public interest to continue with them. Both cases have been lengthy and will surely have cost a sizeable chunk of money. And the announcement comes just days after a Freedom of Information Request compelled the taxpayer-funded SFO to reveal that is unsuccessful prosecution of three Tesco executives cost £6.2M.

It may well be that the Tesco saga has led to soul searching at the SFO regarding how it chooses its cases. After all, the SFO agreed a deferred prosecution agreement (DPA) with Tesco. That DPA saw the supermarket giant avoid a prosecution for its 2014 accounting scandal by admitting there had been false accounting and paying £129M. But the acquittal of the three individuals who were charged means that nobody has been found guilty of the wrongdoing that Tesco admitted had been committed.

Maybe this is why the SFO has dropped its investigation into Rolls-Royce. Like Tesco, Rolls-Royce entered into a DPA and admitted wrongdoing which, in its case, involved widespread bribery over many years in many countries. The SFO could be wary of suffering another Tesco-style embarrassment. Its decision to drop both the Rolls-Royce and GSK investigations could be an indicator that the SFO realises that it needs to pick its legal fights shrewdly.

But the decision to drop both cases could simply come down to the SFO’s new Director Lisa Osofsky. It is understandable if she is looking to clear her in-tray of some investigations that she inherited and keen to avoid any potentially high-profile banana skins. After all, Tesco is not the SFO’s only major defeat. Just four months ago a High Court judge denied an SFO application to charge Barclays over its 2008 capital raising – five months after a court originally dismissed the charges the agency had brought against the bank.

The SFO is almost damned if it does and damned if it doesn’t. Dropping such lengthy investigations into Rolls-Royce and GSK leads to its judgement being questioned and accusations that it isn’t making the shrewdest use of its resources. But the criticism is likely to have been twice as loud if the SFO had doggedly continued with such cases only for them to end in unsuccessful prosecutions. So perhaps credit is due to Osofsky and her colleagues for making some tough decisions and clearing the decks so that the SFO is not dogged by its past.

And maybe these developments are a sign that situations where both a company and individuals within it could be prosecuted need to be viewed through a different set of glasses. The SFO will certainly want to have avoided Rolls-Royce ending up like Tesco, with nobody being convicted for the criminal activity the company admitted had been committed.

There certainly needs to be some attempt to square the circle regarding how individuals and corporates are investigated and prosecuted – and an awareness that the DPA process is in need of some serious fine tuning. Because if it isn’t there is the danger that a DPA comes to be seen as a way for senior business figures to escape liability for wrongdoing by pushing the company down the DPA route.

It could be argued that it would be better to see individuals prosecuted first before any decision is made by the SFO regarding whether to prosecute – or enter into a DPA with – the company. But that, in reality, would simply take too long. Yet the situation we currently have needs to change to avoid the anomaly where courts have granted DPAs based on evidence of supposed wrongdoing and yet that evidence has been too weak to obtain the conviction of an individual.

If we are in need of a new approach, maybe we are closer to one than we realise. Lisa Osofsky has already talked of making greater use of what some would call informers and others may call co-operators or grasses. Coming from the US and having worked for the FBI, she is familiar with the art of “striking a deal’’ whereby a suspect receives more lenient treatment in exchange for cooperation. In the UK, the Serious Organised Crime and Police Act 2005 provides the opportunity to offer more lenient penalties or even immunity from prosecution in exchange for cooperation.

This be the route to a more cost-effective future for the SFO.